Ford Fiesta ST: The Hot Hatch Americans Have Been Waiting For? 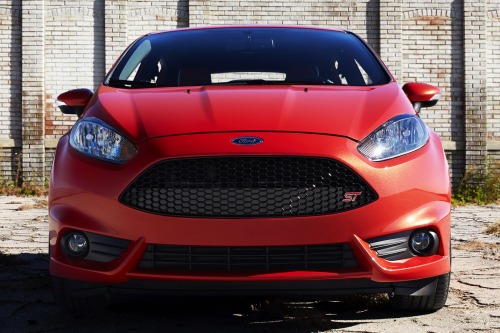 The Ford (NYSE:F) Focus ST certainly made waves when it was debuted, as it should have. The hot hatch, a relatively minor segment on this side of the Atlantic, boasts a turbocharged 2.0-liter, four-cylinder unit, which is good for a healthy 252 horsepower and more than 30 miles per gallon the highway.

While the Focus ST showed Americans what Europeans have been enjoying for some time, it was only the first chapter of Ford’s hot hatch playbook, and the company has just introduced Chapter Two: the Fiesta ST, which nestles comfortably below the Focus as a more entry-level friendly option.

Rather than the Focus’s mental 250-plus horsepower unit, the Fiesta ST features a more civilized 197 horsepower, turbocharged 1.6-liter in-line four. That’s still pretty potent for a car the size of the Fiesta — the power is sent to the front wheels. All told, the Fiesta ST weighs in at about 2,700 pounds.

Seyth Miersma over at Autoblog got his hands on the new Fiesta ST and was able to whip it around for a bit. From the driving notes that he left in his post, it appears that the Fiesta lives up to exactly what it’s supposed to be — a small, fun, agile pocket rocket that doesn’t take itself too seriously.

“Weeeee! Listen, I don’t want to come off like an eight-year old on his first roller coaster ride, or that super annoying pig from the insurance commercial, but I’ll be damned if this isn’t a joyful little beast of a car,” Miersma writes.

“Hot hatchbacks have gotten pretty serious in the last years; the Mazdaspeed3 is fast but brutal in terms of power delivery, the Volkswagen GTI continues to get more mature and further from its cheap-and-chuckable roots, and even big brother Focus ST now feels like more like a junior trackday car than a spunky runabout,” he said. 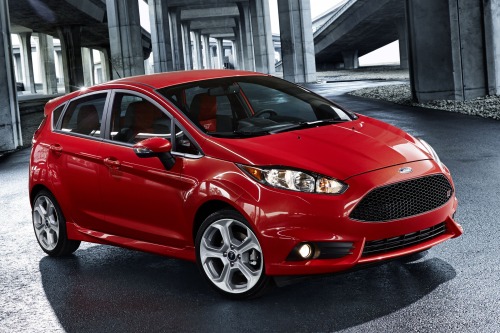 Though a “joyful little beast of a car” the Fiesta ST may be, Miersma observes that this isn’t just a toy: Ford actually put a decent amount of effort into making the car a worthy hot hatch competitor, rather than just sliding some big power into a small space.

“Having recently gotten out of the more sedate standard Fiesta, I can say that Ford has waved a magic wand over all of the controls, to the betterment of enthusiast drivers,” Miersma wrote at Autoblog. “The hot hatch’s six-speed hand-shaker might not be the best manual transmission in the segment right now, but it’s far removed from the flaccid action of the five-speed stick shift of the standard car.”

So what’s the price of this bundle of fun and peppiness? “The Fiesta ST starts at $21,400, and the $24,485 out-the-door cost of our tester includes the rather pricey sport seats ($1,995) and the navigation-enabled MyFord Touch system,” according to Miersma.

So the Fiesta ST fun, reasonably practical, fuel efficient to boot, and well powered for its size and weight. Perhaps the this is the car that America needed in order to get excited about hot hatchbacks.