It may be the “Winter White House.” It may be a cushy Florida resort where the rich and powerful congregate. And it may even be one of President Donald Trump’s favorite places on Earth. For those reasons, Mar-a-Lago can be one attractive place to hold an event — be it a wedding, gala, or fundraiser.

But Mar-a-Lago’s majesty, on its own, hasn’t been enough to untangle it from controversy. That controversy, as you might have guessed, has its origins in the resort’s owner, Trump. While relatively few people outside of Florida knew about Mar-a-Lago before 2016, it’s become Trump’s Southern base of operations. He’s spent many weekends there, and he’s also spent a lot of taxpayer money there, too.

Recently, the president’s rhetoric and behavior have cost him business at Mar-a-Lago. After divisive comments in the wake of white nationalist rallies and counterprotests in Charlottesville, Virginia, a number of large organizations canceled planned events at his Florida resort. Among them are some very recognizable and high-profile names. Others, smaller in stature, were also swayed to spend their money elsewhere. So far, more than 20 in total have pulled out, but more could in the future.

Here are 10 of the biggest organizations that have decided to dump Mar-a-Lago after Trump’s Charlottesville comments. And no, it’s not #FakeNews.

The Red Cross finds the president’s remarks to conflict with its values. | Pool/Getty Images

The American Red Cross was set to host its annual fundraising event at Trump’s resort, but following his remarks it pulled the plug. Here’s the meat of its reasoning: “The Red Cross provides assistance without discrimination to all people in need, regardless of nationality, race, religious beliefs, sexual orientation, or political opinions, and we must be clear and unequivocal in our defense of that principle.”

Next: A large cancer charity also throws in the towel.

Another large, national organization, the American Cancer Society is also cutting ties with Trump’s properties. As a major nonprofit, the cancellation of its 2018 fundraising gala is going to cost Mar-a-Lago hundreds of thousands of dollars. The organization’s reasoning was more or less the same as the Red Cross statement.

“Our values and commitment to diversity are critical as we work to address the impact of cancer in every community. It has become increasingly clear that the challenge to those values is outweighing other business considerations,” a statement said.

Next: The next charity could offer no “salvation” for its contract with Trump.

The organization considers the conversation around Mar-a-Lago to be distracting from its message. | Tim Boyle/Getty Images

Perhaps the largest organization to reverse course? The Salvation Army, which is changing plans for its gala which it has held at Mar-a-Lago since 2014. The reasoning behind the change is the same. And in a statement, it said the “conversation has shifted away” from its main mission. “We will not host it at Mar-a-Lago,” the statement said of its annual Holiday Snow Ball.

Next: Execs at the next organization canceled its “Perfect Pink Party.”

As one of the better known nonprofits, Susan G. Komen is dedicated to fighting breast cancer and raising awareness. It canceled its “Perfect Pink Party” fundraiser after Trump’s Charlottesville comments.

“Susan G. Komen has withdrawn from Mar-a-Lago as a venue for our Perfect Pink Party in Palm Beach, Fla., in 2018. We are in the process of seeking another venue. Komen is focused solely on ending breast cancer through research and through community programming that serves people facing a terrible disease,” a statement said.

Next: Another health care organization taking its business elsewhere

Here’s yet another 2018 gala won’t be happening at Mar-a-Lago, and this time it’s the Cleveland Clinic’s. The organization wasn’t as forthright about its decision as others, citing “careful consideration” of the issues. But, as anyone can imagine, the hospital (yes, it’s actually a clinic in Ohio) was likely under pressure from both internal and external forces to make the change.

Next: Another nonprofit dedicated to fighting cancer won’t be headed to Florida either. 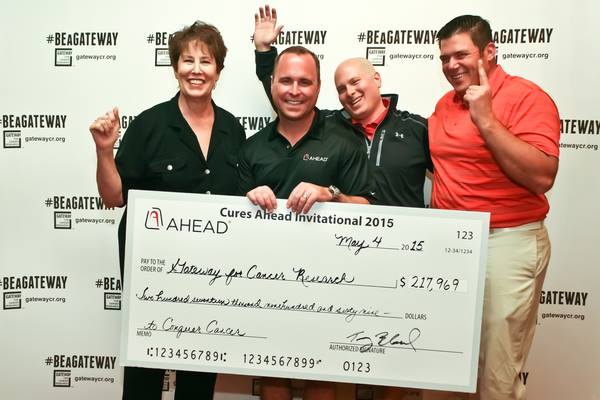 The group raises large amounts of money for research through its events. | Gateway for Cancer Research via Facebook

The Gateway for Cancer Research is pretty much exactly what it sounds like. The organization raises money to conduct research to further cancer treatment and research, in hopes of someday finding cures. It was also one of the numerous organizations to cancel its event at Mar-a-Lago. In this case, it canceled its St. Patrick’s Day event, set to be held in March 2018.

Next: It’s not all health and medical organizations getting in on (or out of) the action. 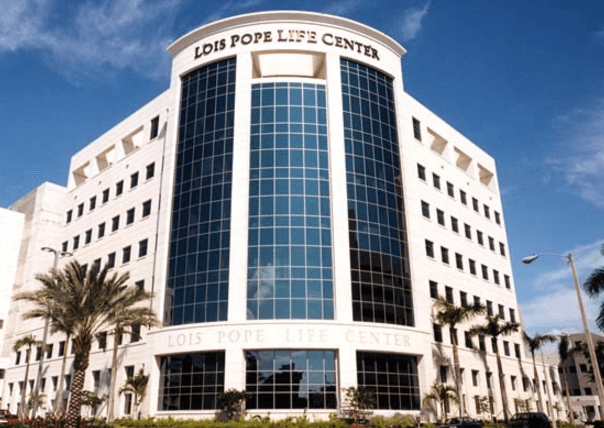 The founder Lois Pope made her opinion of Trump very clear. | Lois Pope via Facebook

The president of Leaders in Furthering Education, Lois Pope, had some pretty strong words following Trump’s remarks. “I am recommending to my board that we move this year’s 24th Annual Lady in Red Gala on Dec. 2 — the proceeds of which benefit those very millions of men and women of all persuasions who have fought with courage and sacrifice in defense of America’s ideals — from the Mar-A-Lago Club,” Pope said.

“I want my children, grandchildren and great grandson to know that standing up to hatred and discrimination in all forms is both a personal responsibility and the right thing to do,” she added.

Next: Another organization focused on helping America’s young people 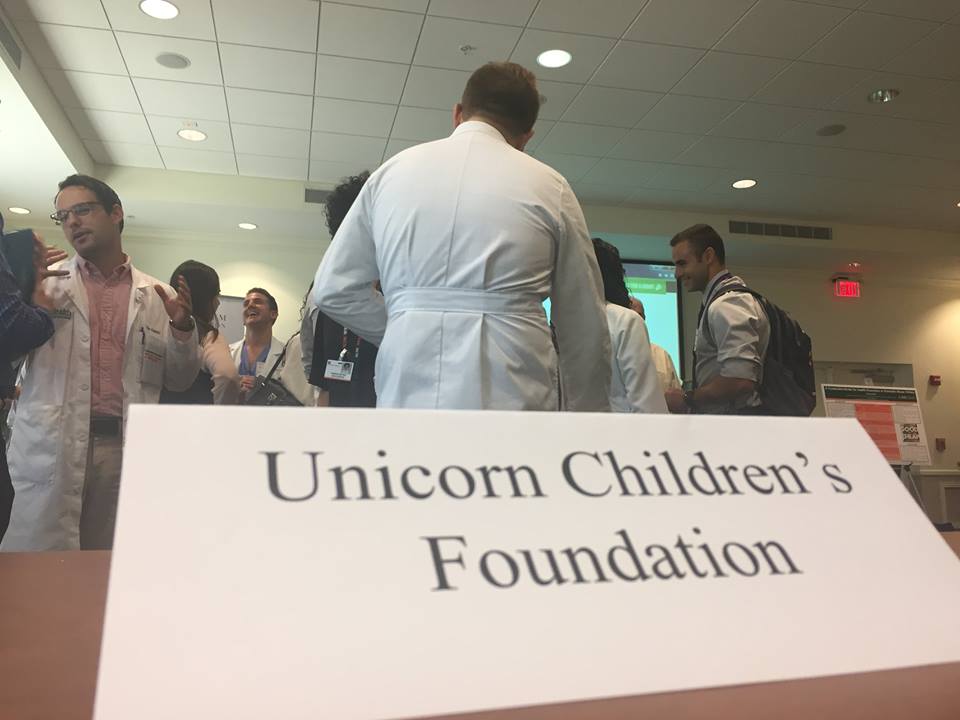 For the Unicorn Children’s Foundation, the choice to move its event from Trump’s Florida property was political. The Boca Raton-based nonprofit told The Washington Post it is “not a political organization and do not condone hatred or bullying on any level.” CEO Sharon Alexander added that “due to the political turbulence associated with this choice of venue it would be a disservice to our supporters and our children to hold our event at Mar-a-Lago.”

Next: Our next organization is yet again health care-focused. 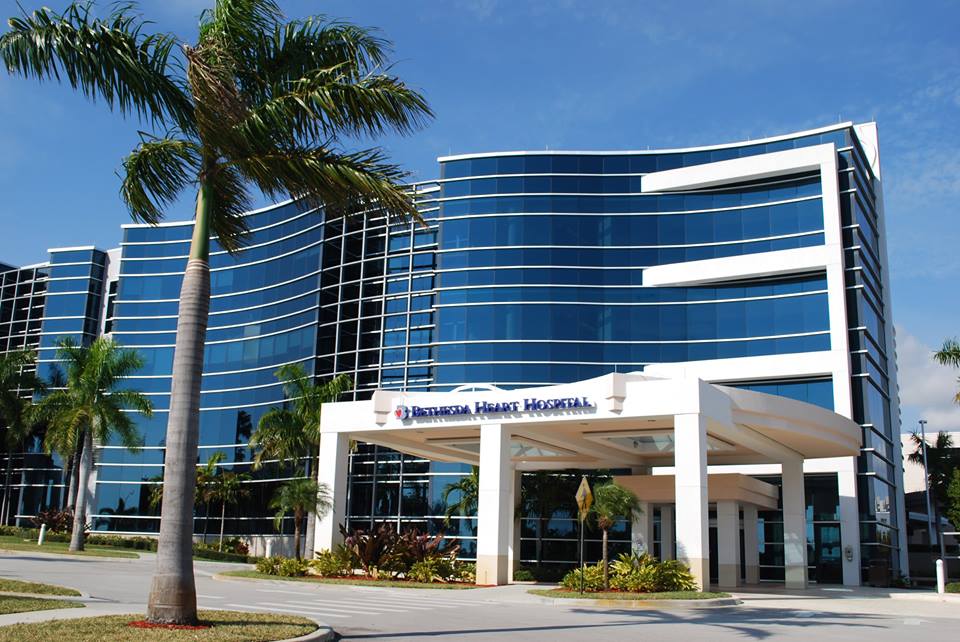 The Florida foundation made a last-minute change of venue. | Bethesda Hospital Foundation via Facebook

The foundation, which supports a medical center in Boynton Beach, Florida, is cutting it pretty close with the cancellation of its Nov. 9 luncheon. That luncheon, called Women of Grace, was moved down down the coast to The Boca Raton Resort and Club. “We did change the venue. It just took a long time because we had a lot of people to meet with,” spokeswoman Paula Henderson told The Washington Post.

Next: We’ll finish up with an organization that deals with something everybody loves: animals.

The zoo has recently selected a new location for its event. | Joe Raedle/Getty Images

Everyone loves animals. That’s why a lot of people were probably happy to see the Palm Beach Zoo was another local Florida organization moving its gala from Trump’s property. The zoo’s annual gala was scheduled for Mar-a-Lago. But it was moved “after thoughtful consideration by zoo leadership,” according to Andrew Aiken, the zoo’s CEO, who spoke with Palm Beach Daily News.