From Plant to Prescription: 5 Ways Marijuana Made It to the Market 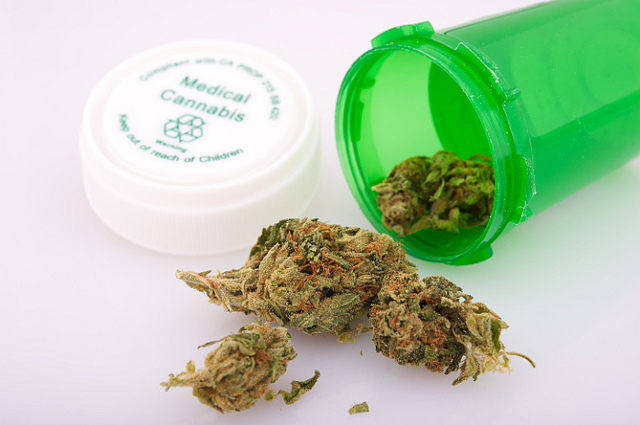 It no longer seems like a matter of if but rather a matter of when the federal U.S. government will recognize legitimate medical uses for marijuana.

Cannabidiol (CBD), a less psychoactive chemical found in the marijuana plant, has a wide range of demonstrated medical applications for conditions such as epilepsy, multiple sclerosis, anxiety, schizophrenia, nausea, and seizures, and has even been used to inhibit the growth of cancer cells. Tetrahydrocannabinol (THC), CBD’s psychoactive big brother, has also been used to address medical conditions such as neuropathic and chronic pain.

All told, there are nineteen states plus the District of Columbia that recognize legitimate medical uses for marijuana. Using Census Bureau data from 2012, ProCon.org  — an independent, nonpartisan, nonprofit organization — estimates that there are more than 2.4 million medical marijuana patients in the U.S.

But still THC remains a Schedule 1 drug under the the Controlled Substances Act enacted by Congress in 1970. This classification has inhibited medical research and has prevented many people from getting access to a drug that could help them manage a severe illness.

Recognizing their medical capacity, major pharmaceutical companies have put to use derivatives of the chemicals found in marijuana or their synthetic counterparts to address various ailments. Here’s a look at some companies and the cannabis-inspired medicinal products they produce.

GW Pharmaceuticals manufactures a drug called Sativex, which contains chemicals taken directly from the marijuana plant. Sativex is a mouth spray used to help treat spasms and neuropathic pain in patients with multiple sclerosis (MS) or in adult patients suffering pain as a result of cancer.

In 2010, Sativex became the first cannabis-based prescription medicine in the world to be approved for launch, hitting the market in the United Kingdom. The drug has been in phase III clinical development in the U.S. since 2006 and is expected to go to trial in the second half of 2014.

Merck manufactures a drug called Taranabant, or MK-0364, which does not work like marijuana but does affect the same pathways in the brain. Taranabant is a synthetic chemical that blocks the brain from receiving endocannabinoids, which has the effect of suppressing hunger. The drug is used to help combat obesity.

Merck decided to halt development in 2008 following Phase III trials after it was found that side effects included depression and anxiety in higher doses.

Sanofi-Aventis, a French multinational pharmaceutical company, manufactured a drug called Rimonabant, or Acomplia, which behaved much like Merck’s Tarabant. Rimonabant didn’t affect the brain the same way that THC or CBD does, but it affected the same pathways and was used to suppress hunger instead of increase appetite, as some other marijuana-derived medicines are used for.

Read more: Legalizing Weed: 5 States With Marijuana on Their Mind

Rimonabant was removed from the market in 2006 due to potential psychiatric side effects, which may be testament to the incomplete understanding that researchers have of how marijuana-derived medicines, or medicines that affect the brain in similar ways, work.

Pharmos produced a drug called Cannabinor, a synthetic chemical that bound to the CB2 cannabinoid receptor. The drug was used to treat chronic pain, particularly neuropathic pain, and had anti-inflamatory properties. The drug is not currently approved to be used outside of the laboratory, although it has been found to be safe.

Valeant is a Canadian pharmaceutical company that makes a drug called Nabilone, or Cesamet, which is a synthetic cannabinoid similar to CBD in that it is more therapeutic than psychoactive. The drug is used for to treat nausea and vomiting in cancer patients. The drug can also be used as part of a treatment for motor and neurological disorders, including chronic pain.