From the Civic to the Skies: How Honda Can Compete With Boeing 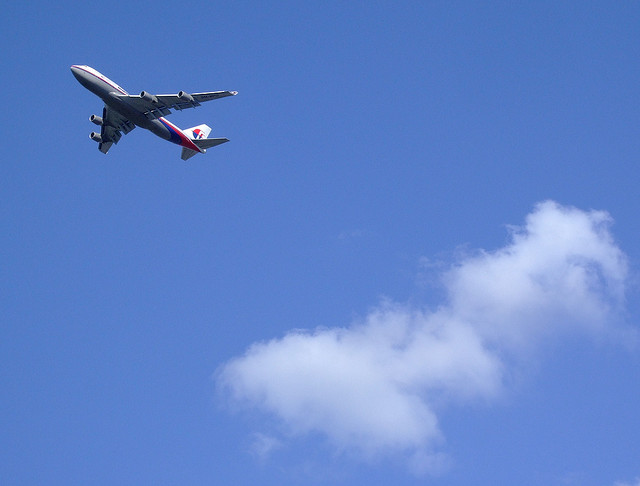 Over the past several years, the focus of the aviation world has been set on the new Boeing (NYSE:BA) Dreamliner, which has been marred by problem after problem. But according to Kazakhstan-based carrier Air Astana, the company is set to unveil plans for a new mid-sized aircraft that will fill the hole in Boeing’s lineup vacated by the 757 when its production ended in 2005. Air Astana had been speaking with Boeing about the new model, and is eager to buy it, according to Bloomberg. Discussions between the two companies occurred at the International Air Transport Association annual meeting early in June, and Air Astana president Peter Foster came away confident Boeing will build the aircraft.

“They made absolutely clear that this is now firming up and that they’ll be making an announcement soon,” Foster said.

Following the 757′s discontinuation almost ten years ago, there has been a hole in the aircraft-makers lineup. Boeing is hard at work on the new 737 Max, which has yet to hit the market, and has been famously trying to get the Dreamliner in the sky and shipped to customers. But if the interest shown by Air Astana and many other carriers is any indication, mid-range, mid-sized aircraft may be where the market is turning.

As many carriers’ fleets of mid-range planes begin to age, the market is opening up and waiting for a replacement. It’s been unknown whether or not Boeing would willing to jump into the fray. Also speaking with Bloomberg, Boeing spokesperson Doug Alder didn’t confirm or deny that the company was set to announce a new addition to its product offerings, but that it was keeping an eye on the market.

“We continue to watch trends and speak to our customers to determine what the market will require in the years to come,” he said. “Today, we’re very focused on our current development programs: the 777X, the 737 Max, and the 787-10.”

If interest in a 757 successor is not just limited to foreign carriers, which it is most likely not, Boeing could have a giant opportunity on its hands. A shifting market looks to indicate that mid-sized, mid-ranged jets are in high order, and there’s room to take advantage. Competitors like Airbus also have plans to go after the segment, which has largely gone ignored in recent years as aircraft-builders have either been super-sizing products, as in the case of the Dreamliner, or designing smaller planes.

The catalyst behind the growing interest in mid-range jets is a few different factors, as carriers look to maximize passenger counts, while also using smaller, more fuel-efficient engines. Before Boeing jumps headfirst into the developing a 757 successor, there is plenty of work to be done. The company’s global sales senior vice president John Wojick told Aviation Week that determining the size of demand is the first step in setting the company’s sights going forward.

“The market today is not like when the 757 went into service. The 737 Next Generation and 737 MAX will cover the current lower end of that demand, so the question is what is the size of the market and when is it needed,” he said.

While there’s no concrete indication that Boeing will be making the jump, another company is making waves at the smaller end of the aircraft spectrum. Honda (NYSE:HMC) completed a successful flight of the company’s first production jet in North Carolina, paving the way for certification and expected deliveries to start next year. New Zealand’s 3 News reports the auto maker planned to get into the aviation business as far back as 2006, and with HondaJet’s successful maiden flight, the company is ready to seize the market.

“With this first flight, the HondaJet program has entered the next exciting phase as we prepare for delivery,” said Honda Aircraft president and chief executive Michimasa Fujino. “Today’s celebration is the culmination of extensive engineering and production efforts, and this is an important achievement in bringing the world’s most advanced light jet to market.” 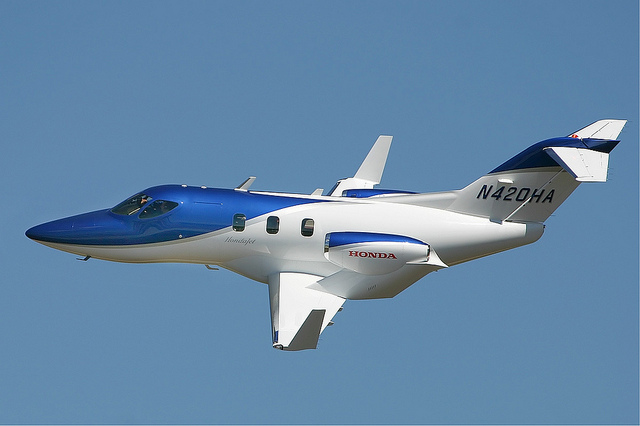 Competition From an Unlikely Source

The HondaJet program is in its absolute infancy; the plane has not hit the market, and its current orders number a little more than 100, although that number will surely increase as the product becomes more well-known. The jet itself is aimed at private owners, used for leisure or for business purposes. A price tag of $4.5 million puts it out of reach for many, but if the plane does prove to be a success, Honda could aim even higher with its next project.

The Wall Street Journal writes Honda has given its first jet the unofficial nickname of “the Civic of the skies,” and with its design quirks, the company has been able to improve on fuel efficiency and overall passenger comfort. The jet is designed with the engines mounted over the top of the wings, rather than under them, reducing noise and improving the plane’s performance.

What does this mean for the big players like Boeing? Nothing right right now, but seeing what foreign companies like Honda and Toyota were able to to do to the automobile industry should have the reigning aircraft kings looking over its shoulder. If Honda is able to replicate its success into larger and larger aircraft, Boeing and Airbus could have a real problem on its hands. Of course, this would be years in the making, providing ample time for adjustments and company wide adaptation. But seeing as how slow to adapt American car makers were to new technologies and market shifts, there is reason for caution, especially from the investor’s standpoint.

As companies like Honda dip its toes into the aviation field, it could be a good sign for the travelling public, and a worrisome sign for the incumbents at-large. Currently, Honda presents no challenge to companies like Boeing, with the exception of perhaps the private jet industry in the next several years. But it’s obvious that there is interest out there in smaller, more efficient aircraft. For large carriers, a return to mid-range jets, as opposed to behemoths like the 787 Dreamliner, are what many would like to see.

Boeing could have an announcement on the way in the near future to replace the 757, or it might not. The one thing the company can be sure of, however, is that if it does not adapt to changing market demands and listen to its customers, someone else will.