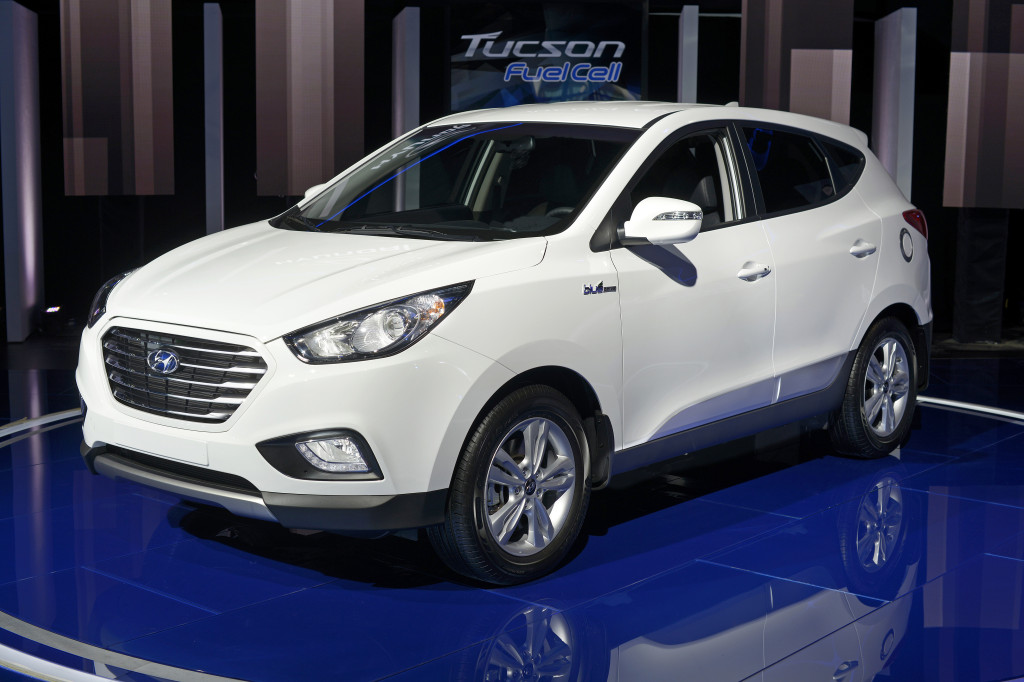 California offers a unique opportunity to automakers as both the largest U.S. auto market and the leading buyer of electric vehicles. Taking those factors into account, it’s no surprise that major automakers descended upon the Los Angeles Auto Show with the latest in zero-tailpipe-emissions automobiles: the hydrogen fuel-cell vehicle. While Honda (NYSE:HMC) presented a futuristic concept car slated for 2015, Hyundai (HYMLF.PK) showed off a crossover ready for lease in Southern California by early 2014.

Hyundai’s Concept on SoCal Roads in 2014

Hyundai may have had some of its first customers for the Tucson Fuel Cell electric vehicle in the audience at the L.A. Auto Show, where the crossover made its debut on Wednesday. According to a statement from the automaker, the Tucson will become available for lease by Southern California residents early next year at a cost of $499 per month with unlimited hydrogen fueling and “valet maintenance” included. The lease will extend for three years and require $2,999 down.

This bold move is only possible through a limited-edition lease because of the challenges of fueling with hydrogen tanks, which the Tucson and other fuel-cell vehicles require. The range and specs as compared to a battery-powered electric vehicle show huge advantages for the Tucson. 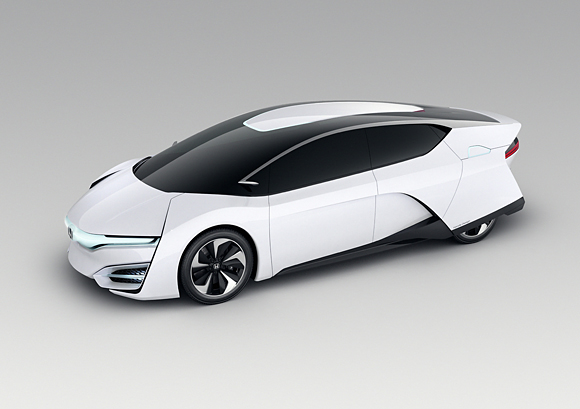 The Hyundai Tucson will feature 221 pounds-feet of torque with a range of 300 miles estimated by the automaker. Hydrogen fuel cells power an electric motor for performance and there are no emissions other than water vapor. Unlike battery electric vehicles, refueling a hydrogen fuel-cell vehicle takes only about 10 minutes of a driver’s time. While this innovative ride is attracting a great deal of attention in L.A., it’s not going to be the only fuel-cell vehicle on California roads.

The Honda FCX Clarity — a fuel-cell vehicle — is already on the road in Torrance, Santa Monica, and Irvine, California. Because of the limited number of hydrogen fueling stations, there are very few in the hands of consumers. Honda promises to have 200 on the road within three years.

By then, Honda expects to have its FCEV concept car also on the road. This futuristic car also made its debut on Wednesday at the L.A. Auto Show as Honda extolled its improvements even over the FCX Clarity. In a company statement, Honda noted it had increased the power density in its FCEV by 60 percent over the FCX Clarity while reducing the stack size by one-third. Honda expects a range of 300 miles and fueling time of three minutes for its sleek FCEV.

The impressive range has the potential to outshine electric vehicles that are dependent on batteries with long charging times.

The longest-range electric vehicles take about 30 minutes to power up on the Tesla (NASDAQ:TSLA) supercharger system. Elon Musk, the outspoken chief executive of Tesla, is skeptical of fuel cells in terms of safety and feasibility for the market in general. None of the automakers involved with fuel-cell vehicles would suggest there is great potential to get a network of hydrogen tank fuel stations in place before 2020. The natural gas boom could help in the production of hydrogen for automobiles, but there are no guarantees about availability.

Electric vehicles powered by lithium-ion batteries have their own obstacles. Musk debuted a system that would swap drained batteries for fully charged replacements earlier in the year, but the “fill-up” would cost Tesla drivers about the price of a full tank of gas.

The race is on to prove whether battery vehicles or fuel cells give auto consumers the combination of convenience, range, and performance at a reasonable price. For now, Hyundai and Honda have joined Toyota (NYSE:TM) on the hydrogen front. The end of the story is far from being written.