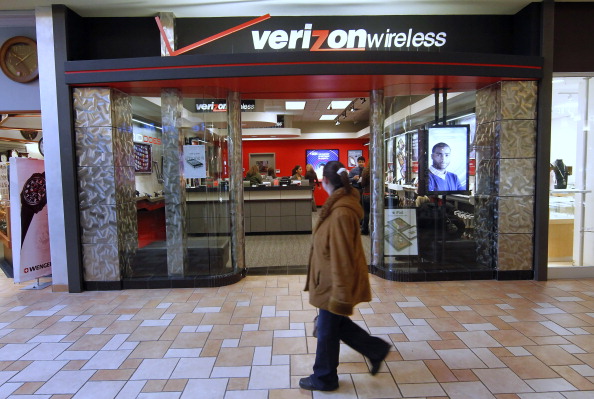 We recently learned from SEC 13-F filings — the filings made by hedge funds that reveal their positions — that several big-name fund managers have added shares of Verizon (NYSE:VZ) to their portfolios. These managers include John Paulson, Warren Buffett, and Dan Loeb. As a result, shares of Verizon rose over 2.3 percent on Friday on what was otherwise a non-eventful day for the market averages.

Furthermore, 2.3 percent is a relatively large move for a stock such as Verizon, considering it is a relatively defensive name that doesn’t have a lot of beta (i.e., price movement) that attracts traders or “hot money.” Thus, the buying we saw can likely be attributed to buying by longer-term holders who like the stock for its valuation.

Does this means that you should be buying, too?

Given the relative safety of the telecom industry with its stable, recurring revenues, and given this attractive valuation, this move into Verizon makes sense. But why did they buy Verizon and not AT&T (NYSE:T)? After all, AT&T shares trade at a similarly attractive valuation. From a diversification standpoint, doesn’t it make sense to add both? In fact, in some ways AT&T is more attractive given its stronger balance sheet and its shareholder equity.

The reasoning from the perspective of the aforementioned fund managers likely results from market research that clearly indicates that consumers and critics believe that Verizon offers a superior product. Investors are all too familiar with complaints about dropped calls with AT&T and its inferior Internet service, whereas critics often believe that Verizon has the best service in the industry. With the two companies competing on price service, quality could end up being a determining factor that consumers use in order to choose one or the other. This gives Verizon a long-term advantage.

Considering these points, I think an investment in Verizon makes sense. It is a stock that offers good value, the company offers a quality product, and it has recently received the endorsement of three fund managers with different investment strategies.

Nevertheless, I think there are better options out there, and rather than simply following fund managers into investments, I think it is wiser to look at what they are doing in order to get ideas and then to implement these ideas in a superior way, if possible.

So what I see from Buffett, Paulson, and Loeb is that telecommunication companies with quality services trading at a reasonable valuations are attractive longer-term investments.

For example, Turkey has a young and growing population, and as the population grows and as these people age and begin to earn more money, they will buy more cellphones, and a company such as Turkcell (NYSE:TKC) will benefit. Like its American counterparts, Turkcell has a very stable business with strong free cash flow, and it trades at a reasonable valuation of just 10.5 times earnings. Other such opportunities exist in Brazil, China, Mexico, and elsewhere if you are looking for inexpensive telecommunications companies in jurisdictions with growing populations that are becoming more affluent.