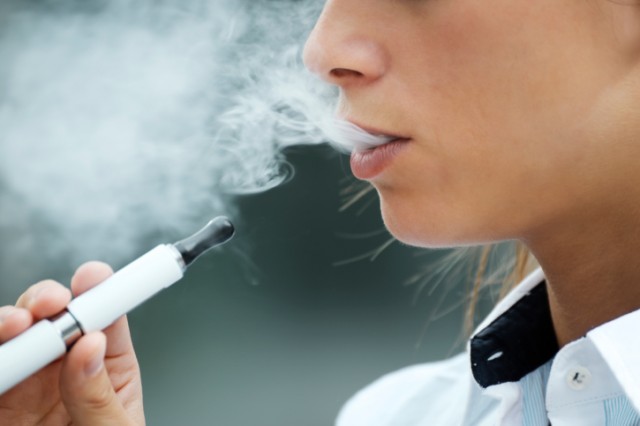 GlaxoSmithKline Plc (NYSE:GSK), maker of the smoking cessation gum Nicorette, is calling for stricter regulation of e-cigarettes. Glaxo’s vice president of its consumer health business, Sophie Crousse, pressed the European Commission to follow the UK’s lead and require e-cigarettes to be labeled as medicines, similar to other nicotine-replacement therapies that are used to promote smoking cessation, Bloomberg reports.

The European Commission is currently in the midst of revising the Tobacco Products Directive in order to help regulate products that don’t necessarily contain tobacco, but may contain nicotine and are associated with tobacco use, such as e-cigarettes.

In December, the European Parliament as well as representatives of various European governments reached a consensus that the strongest types of e-cigarettes — those containing more than 20 milligrams per milliliter of nicotine — would need to be properly authorized as medicine; a compromise accord is scheduled to be voted on next week, Bloomberg reports.

E-cigarettes currently directly compete against Nicorette and other smoking cessation therapies developed by GlaxoSmithKline, Johnson & Johnson, and Novartis; the products, Euromonitor International Plc, are estimated to generate approximately $7 billion in sales by the end of 2014.

“We believe in responsible and proportionate regulation for all nicotine-containing products as medicinal products,” Crousse said in the e-mail. GlaxoSmithKline is urging the European Commission to ensure that the revised directive includes a ban on advertising for e-cigarettes, following the launch of an ad campaign this week by British American Tobacco Plc for Vype brand e-cigarettes.

“Safety is our number one priority,” Simon Steel, a spokesperson for GlaxoSmithKline said in an e-mail, per Bloomberg. “All nicotine-containing products including e-cigarettes should be reviewed and regulated to the same standard of safety,” he added.

Johnson & Johnson, which markets the Nicorette lineup in all markets outside of the U.S., released a similar statement. Caroline Almeida, a Johnson & Johnson spokesperson, said in an e-mail to Bloomberg that the company was “strongly in favor” of the move for increased regulation.