The debate over the true danger of GMOs — genetically modified organisms — continues, but with a new year comes new opportunity for change, and some companies are now making the vow to increase their GMO-free efforts in 2014. Among those serious about removing GMOs from their food products include Whole Foods Market (NASDAQ:WFM), Chipotle (NYSE:CMG), and most recently General Mills (NYSE:GIS), but the food industry still has a long way to go before it can completely rid itself of the organisms that have caused such widespread controversy over the last few years.

According to the Non GMO Project, genetically modified organisms are plants or animals with genetic material that have been altered using genetic engineering techniques. More evidence has been cropping up concerning the health risk that foods containing GMOs pose to consumer health, as genetic engineering technology combines DNA from different species and creates unstable combinations of plant, animal, bacterial, and viral genes that cannot occur in nature or in traditional crossbreeding. However, it is still up for debate whether GMOs in food are environmentally safe and safe for human consumption in the long term.

Whether you’re in the pro- or anti-GMO camp, though, it is likely that you are consuming GMOs in at least one form or another — it is significantly difficult to avoid genetically modified foods altogether. According to Bill Freese at the Center for Food Safety, who spoke to Mother Jones, GMOs are present in 60 to 70 percent of foods on U.S. supermarket shelves, and processed foods are the most popular vehicles for them. 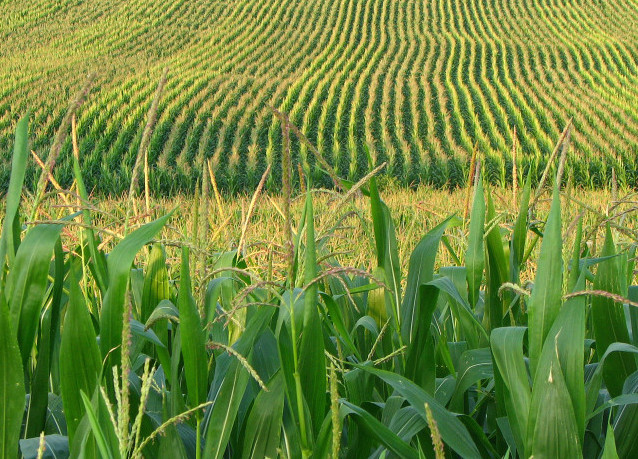 This is probably one of the most-cited examples of a surprising food that can contain GMOs; much debate has surrounded the sale of genetically modified corn in the past few years. Consumers have long been told that sweet corn, the kind you steam or grill and eat on the cob, is safe because it is GMO-free, but Mother Jones reports that in 2012, that changed when Monsanto starting selling its GE harvest of sweet corn, much to the chagrin of consumer advocates.

Of course, shoppers conscious of Monsanto’s GE harvest can simply avoid the brand, but it’s not that easy. Mother Jones also notes that most genetically modified corn ends up in processed foods. In fact, 90 percent of corn grown in the U.S. is genetically modified, and it is then used for animal feed or ethanol or put into processed foods. That’s why it’s hard to completely avoid GMOs altogether.

Even if you are dodging processed foods, the livestock and food you’re consuming likely were fed feed derived from GM corn, alfalfa, and other biotech grains. Only organic varieties of these products are guaranteed GMO-free feed. Case in point: Read your labels. 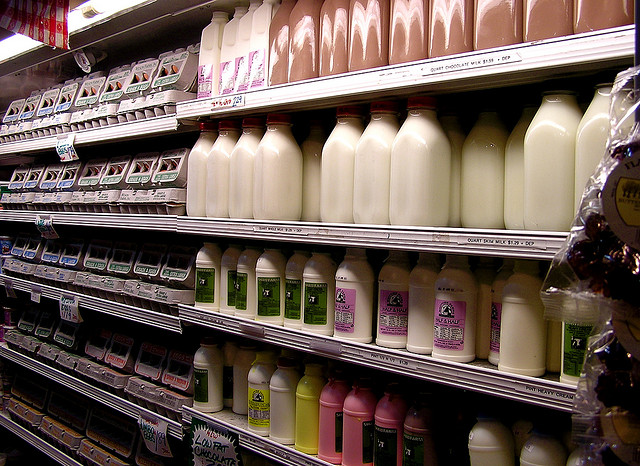 Here’s another difficult one to avoid — unless you’re vegan, of course. Per Mother Jones, a genetically engineered variation known as RGBH, or recombinant bovine growth hormone, is typically injected into dairy cows to increase milk production.

Although the hormone is banned from milk that is destined to be consumed by people in the European Union, Canada, New Zealand, and Australia, the same does not apply for the U.S., and that’s where labels come in. Those who are interested in finding GMO-free milk should make sure their beverage has an rGBH-free label, and don’t forget to check out other dairy products, as well: Ice cream and cheese can also contain the hormone.

Be weary of papayas. This fruit may be pretty, but it’s not lacking in GMOs. Mother Jones reports that 77 percent of the crop grown in Hawaii is genetically engineered. The impetus to genetically modify the plant came in the 1990s, when Hawaiian papaya trees were suffering from the ringspot virus, which killed nearly half the crop in the state. Later in the decade, in 1998, scientists came up with a transgenic fruit called Rainbow papaya that is resistant to the virus, and this plant has been approved for human consumption. 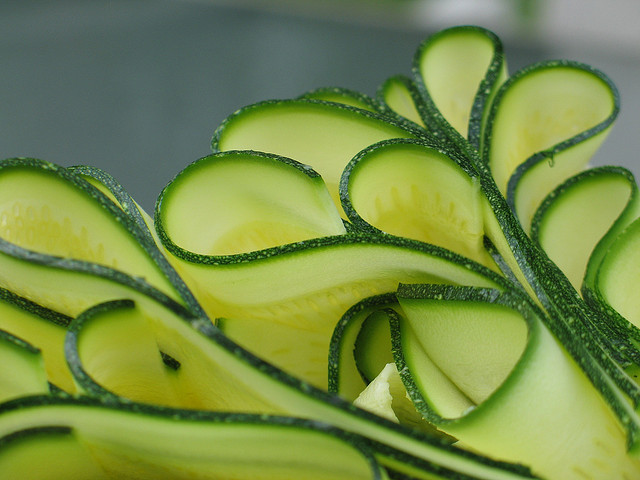 Next up is a vegetable highlighted by both Discovery and Mother Jones. If you consume squash on a daily basis, you shouldn’t panic, as the majority of squash on the market are not currently genetically engineered, but there are still some 25,000 acres of crookneck, straightneck, and zucchini that have been bioengineered to be virus resistant. And what’s more, there has been some speculation that GM squash may have already found its way into the wild by accident.

This is a significant issue, considering GM foods are meant to be grown under controlled environments. Nothing has yet been confirmed, and for now, the only GM squash that is purposefully grown is that which has been genetically modified to ensure crop survival.

The sugar beet has drawn significant scrutiny lately because although researchers have successfully produced an herbicide-resistant crop of GM sugar beets, the U.S. Department of Agriculture has gone back and forth on its approval. GM sugar beets were initially approved by the Food and Drug Administration in 2008 but were banned again in August 2010. As of now, planting, harvesting, and processing of GM sugar beets is said to be halted, but consumer advocacy groups still pinpoint the plant as a high-risk crop, one that will likely find its way back into commercial production.

Last is a crop that affects plant-based diets along with carnivores. After a long deliberation process, the USDA approved unrestricted planting of Monsanto’s patented Roundup Ready herbicide-tolerant crop in January 2011, and now growers can spray fields of Roundup Ready alfalfa with the glyphosate herbicide and kill the weeds without harming the alfalfa crop. This has far-reaching implications not only for alfalfa lovers but also for meat lovers, because fish and livestock are routinely fed GM corn, alfalfa, and other biotech grains, thus keeping other food from bearing the GMO-free distinction.