Gold and Silver Are Bottoming: How to Play Them 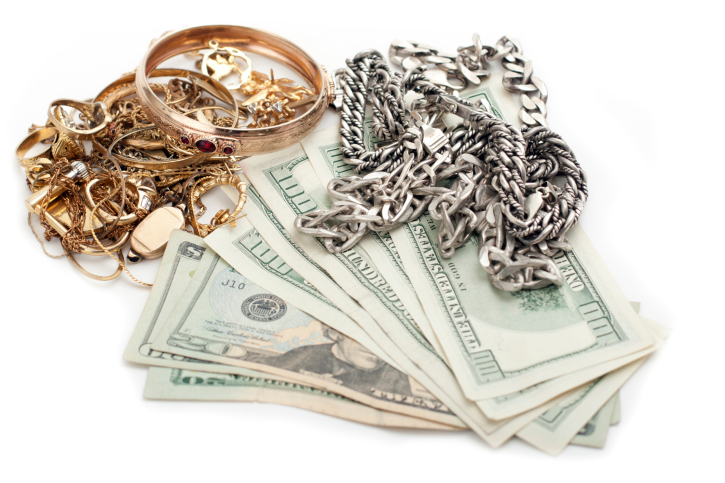 Gold and silver prices have risen substantially over the past 10-15 years. They are both in secular bull markets that are driven by a variety of factors such as an increase in money supplies from central banks throughout the world, increasing demand — especially from Asia — and rising geopolitical uncertainty. However, since peaking in 2011, gold and silver have been in cyclical bear markets that have been driven by an exit of speculative money and a renewed interest in stocks. But we are nearing the end of the cyclical bear market.

Sentiment is very negative as institutions from Goldman Sachs (NYSE:GS) to Credit Suisse (NYSE:CS) are predicting lower prices while both were predicting higher prices in 2011. Furthermore, it costs almost as much as the price of gold itself to get it out of the ground, and in the case of silver it typically costs more than the actual cost of silver than it does to extract it. Finally, from a technical standpoint, both metals have found firm support: gold at $1,200/ounce and silver at $18.50/ounce. While it is presumptive to claim that the cyclical bear market is over, we are very likely much closer to the end than to the beginning, and it is time to invest. But how should you do this?

There are now more than a dozen ETFs out there that give investors exposure to precious metals in one way or another. There are also literally thousands of mining companies from multi-million ounce producers to companies with five guys, a drill, a plot of land, and a name with the word “gold” in it. The easiest answer is to simply buy gold and silver coins and bars. They are relatively easy to store and you don’t have to worry about reading a complicated ETF prospectus or that your mine will be shut down due to a labor strike.

Gold and silver coins and bars also protect you from your broker and the banking system in general. One of the appeals of precious metals in today’s environment is that they protect you in case something goes wrong with the banking system. Gold and silver ETFs may not give you that protection, especially if you need to access your gold and silver in the event of a bank holiday. If you want to be able to easily trade your gold and silver, then ETFs are a convenient way to do so, although they should complement your physical holdings and not replace them.

If you want to own companies, the first place to look isn’t to the miners, but to the royalty and streaming companies:

These companies make deals with mining companies that entitle it to a certain amount of gold and silver produced at an agreed upon price (often $0) in exchange for upfront capital that is generally used to build a mine. The best thing about these companies is that it has fixed costs, and so your leverage to the gold and silver prices isn’t dampened by rising mining costs. You also, in most instances, get free exposure to exploration; if a royalty company owns a royalty on a mine and the mining company finds new gold on that property, then the royalty company gets a royalty on this new gold! This is how companies such as Franco Nevada turned very small investments in mines such as Detour Gold’s (MKTS:DRGDF.PK) Detour Mine into an asset worth several hundred million dollars.

Detour Gold was able to take a small amount of capital from Franco Nevada, along with other capital, and it found what is now one of the biggest gold mines in the world. The issue with these companies is that the cat is out of the bag — it is fairly valued to slightly overvalued, as these companies’ managements have consistently generated large returns on shareholder’s capital. It has outperformed the gold and silver prices, and it has substantially outperformed stocks and bonds while keeping risk at a minimum. I think these companies are “buys” on weakness.

Finally, there are mining companies. Mining companies are extremely tricky to judge because mining is a difficult business. If you pick the right mining companies you can make fortunes, but if you don’t you can lose money even in a rising metal price environment. Take, for instance, Harmony Gold (NYSE:HMY). This company has lost you money during the gold bull market because of rising costs, and political unrest in South Africa. Furthermore, the better run gold miners are overvalued. Take Goldcorp (NYSE:GG), for instance. This company will produce about 3 million ounces of gold this year, yet it is worth more than Newmont Mining (NYSE:NEM), which produces about 5 million ounces, and Barrick Gold (NYSE:ABX), which produces about 7 million ounces.

The solution is that you need to look under the radar at the junior companies. These companies can be grossly undervalued, but there is usually some sort of catch: either these companies need financing, can’t get permits to mine, or are located in a risky political jurisdiction. If the risk turns out not to be a problem, then you can make a fortune on your money, but this doesn’t always happen. The easiest solution is to simply avoid miners unless you know what you are doing. You can do extremely well in royalty companies and in ETFs.