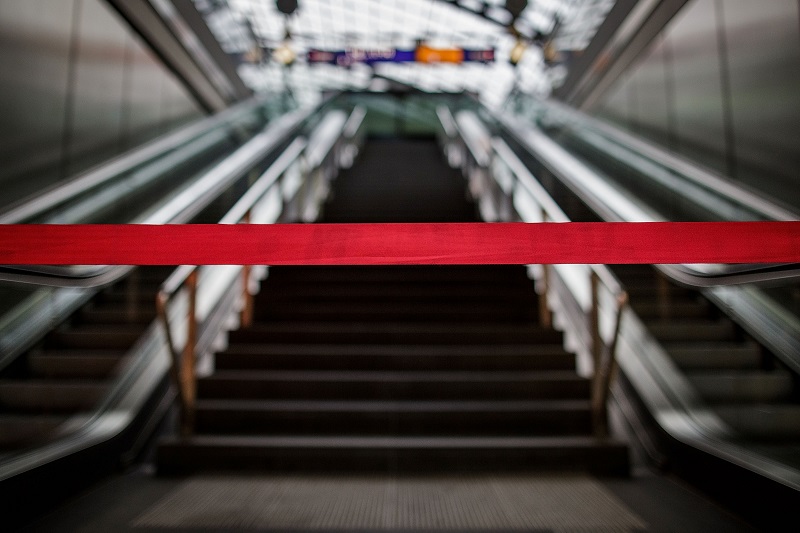 The free exchange of goods and service, with as little interference from regulatory hurdles as possible, is what keeps the economy humming. In a perfect scenario, the government is supposed to play referee – setting up rules and regulations to ensure nobody is getting cheated, hurt, or killed, and maintaining the court system for disputes. Of course, things are much more complicated than that. And when the individual players within the game start bending the rules for their own gain, there’s trouble afoot.

Free exchange also covers labor. That means you can sell your time and skill set on the market to an employer, in an exchange for wages. And, like any other good or service, the less regulatory barriers in the way, the easier that exchange is. This is why regulators worry about the impacts of a high minimum wage, or Obamacare.

But it’s not all the government – individual actors in the economy can bend and skew the rules for their own benefit. For job seekers, this can be particularly frustrating. There are numerous pitfalls, from bad background checks, to needlessly inflated qualifications. Employers simply want the best employees they can get, at the cheapest price, and with low levels of risk – be it risk of the employee fizzling out, stealing inventory, or quitting unexpectedly.

One way to keep them from leaving? Non-compete clauses.

Non-compete agreements embody pretty much everything that free market advocates fight against. They typically stipulate that an employee can’t work for a competitor either during or after their tenure at a particular firm. That makes sense for current employees. But for employees who are no longer on the payroll?

The main reason they’re used is to protect trade secrets, which makes sense. But only in certain situations. If an Apple engineer leaves to work for Google, obviously there can be some exchange of sensitive information. In that case, a non-compete agreement is reasonable.

But what we’re seeing are companies use non-competes in situations that don’t warrant them. The most famous example, perhaps, is Jimmy John’s, which barred workers who make sandwiches for low wages from working for other restaurants. Again – these are low-skill, low-pay employees who often need multiple jobs to make ends meet. Why would Jimmie John’s use non-compete clauses?

Presumably, it’s to keep employees from quitting and save on turnover costs. But non-competes have been found to have seriously negative effects on workers – by suppressing job prospects, and lowering overall earning potential. In other words, non-compete clauses are not harmless, and businesses using them in unwarranted ways are hurting workers and the economy.

This hasn’t gone unnoticed, and thankfully, some lawmakers are stepping up.

While there are likely bills in the works around the country, Geekwire recently ran a story about two that are making their way through the Washington state legislature. The proposed laws, Geekwire reports, would be similar to those in California, and would put a stop to needless non-compete clauses that hurt workers. Unsurprisingly, big business interests have come out against the bills.

The issue, as mentioned, is that the tech industry uses non-competes quite liberally. And again, there’s good reason to do so in some cases. But we have the Jimmy John’s of the world using them to suppress sandwich makers, and even Amazon has used them in contracts with seasonal warehouse workers – two groups that probably shouldn’t be dealing with non-competes.

The bills don’t offer blanket bans on non-compete clauses, but do aim at ending them in situations in which they aren’t warranted. That would include contracts for fast food workers, musicians, and hair stylists, among others. But all told, it’s a step in the right direction, as it’s clear businesses have been abusing these clauses in many cases.

The concept of a non-compete is at odds with how we think of the entire American economy to begin with. If you tried to put a clause in your contract with an employer that said they could not hire anyone else to do your job for six months after you quit or are fired, do you think you’d get the job? Probably not, but workers don’t have much leeway.

Non-compete clauses have a time and place, but they are anti-competitive, hurt workers, and stunt the economy. And it looks like, in some states, their time is limited. That’s good news for workers.