GOP Moves on From Obamacare Repeal Dreams With a New Vote 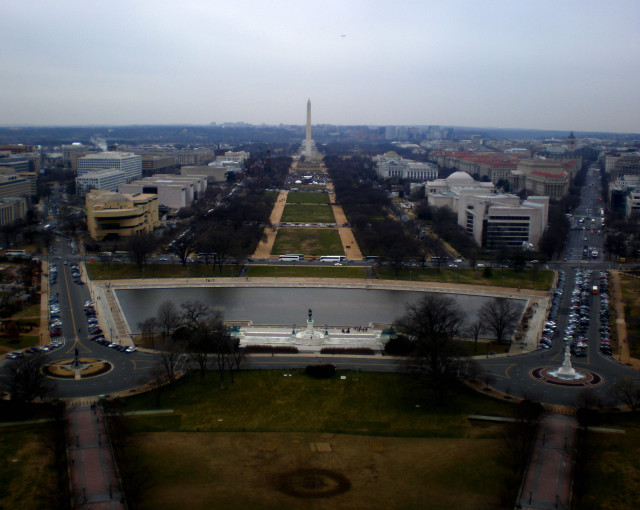 The return of Congress after the holiday break has already been marked by a renewed focus of Republican lawmakers on the flaws of the Affordable Care Act. On the drawing board are two bills aimed at pushing the Obama administration to be more transparent about the functioning of Healthcare.gov — the web portal linking the 36 federally-facilitated insurance exchanges, which launched on October 1 to numerous design flaws and software errors. The glitch-riddled rollout of the federal marketplaces caused hours-long wait times, prevented potential customers from creating accounts and completing the 30-step enrollment process, sent insurers the wrong information, and made it difficult for customers to get an accurate cost estimate.

With problems of such a massive scale, sign-up numbers were dismal for the first two months of the enrollment period, and the Obama administration was left embroiled in a series of congressional hearings and in dire need of a strong public relations offensive. “Now that January 2014 is here, Obamacare has become a reality for all Americans and their families,” House Majority Leader Eric Cantor said in a press release issued Wednesday. “The House this week is going to be approaching that issue in a very deliberate and appropriate manner.”

While it seems the Affordable Care Act — known colloquially as Obamacare — has dominated the Republican Party’s legislative agenda this year, and indeed, occupied a great of the GOP’s time for the past several years, January has typically been a quiet month in the party’s campaign against the healthcare reform. Last January, President Barack Obama was inaugurated for his second term, and some ranking Republicans appeared to have made peace with the law; in fact, Speaker of the House John Boehner, an Ohio Republican, had told ABC news anchor Diane Sawyer just after the election that he would not make it his mission to repeal the Affordable Care Act, noting that it was the “law of the land.” Of course that attitude was short-lived, even though May’s attempt at repeal was an effort mostly driven by freshman Republican representatives anxious to join in the fight against Obamacare. A similar calm was evident in January 2012, when Republican lawmakers were awaiting the Supreme Court’s ruling on the constitutionality of the healthcare reform’s individual mandate.

However, in January 2011, Republicans began the year by voting to repeal the whole healthcare reform law. Repeal and defund efforts lasted until the budget deal ended October’s sixteen-day shutdown of the federal government, which was participated by both parties inability to agree over the funding of Obamacare. Once the agreement was inked, the insurance exchanges had been opened for more than two weeks and it was clear new tactics were needed.

The politics of Obamacare are changing, and the Republican party is well-aware of that reality. “It’s no longer just a piece of paper that you can repeal and it goes away,” Wisconsin Senator Ron Johnson, a tea party Republican, told the New York Times. “There’s something there. We have to recognize that reality. We have to deal with the people that are currently covered under Obamacare.”

Before October 1 — when the cornerstone provision’s of the Affordable Care Act, the online insurance marketplaces, had yet to launch — Republican lawmakers spoke of their desire to wipe the health care reform off the legislative map by either repealing it in parts or as a whole, or by defunding it. The key, of course, was to accomplish repealing or defunding the law before the insurance exchanges opened for enrollment on October 1; even though other provisions of the Affordable Care Act had already been implemented, the marketplaces would not only be exceedingly difficult to shut down after they had been rolled out but the individual insurance mandate is also the most important piece of the reform. Texas Senator Ted Cruz, also a tea party Republican, described concerns and aspirations most clearly and most dramatically.

During an interview with conservative radio host Rush Limbaugh in late August, Cruz explained what he saw as President Barack Obama’s strategy for ensuring that the Affordable Care Act would not be repealed, significantly amended, or defunded. “He wants to get as many Americans as possible addicted to the subsidies, addicted to the sugar, because he knows that in modern times, no major entitlement has ever been implemented and then unwound.”

In other words, when the exchanges are “up and running” it would be too late to prevent the overhaul of the American health system. Further, it is true that since Franklin D. Roosevelt signed the Social Security Act during the Great Depression, no bestowed benefits have been retracted.

Now, those that wish to reform Obamacare are a growing minority, evidence that the party’s Obamacare politics have indeed changed from criticize and repeal to criticize and reform. But more important to the changing politics of Obamacare is the talk of offering a Republican alternative to healthcare reform before the 2014 midterm elections.

No alternative has yet been brought forward, but the party is considering ways to ensure Americans are well aware of how the exchanges are working on a technical level. Both pieces of newly introduced legislation, which will face votes in the House of Representatives on Friday, allow the Republican party to focus on particular problems with the Affordable Care Act, and its insurance exchange system in particular. As House Rules Committee Chair Pete Sessions, a Texas Republican, told Democratic Representative Frank Pallone of New Jersey, “bah humbug,” those days of attempting to kill the whole law are behind the GOP.

Congressman Joe Pitts of Pennsylvania introduced a bill that would require the Department of Health and Human Services to notify Americans within two days of any security breach “on the healthcare law exchanges (both state and federal) that endangers [their] personal data and information.” Meanwhile, the other bill, sponsored by Republican Representative Lee Terry of Nebraska, would require the Secretary of Health and Human Services to publish reports weekly through March 31, 2015 detailing the performance of the federal website.