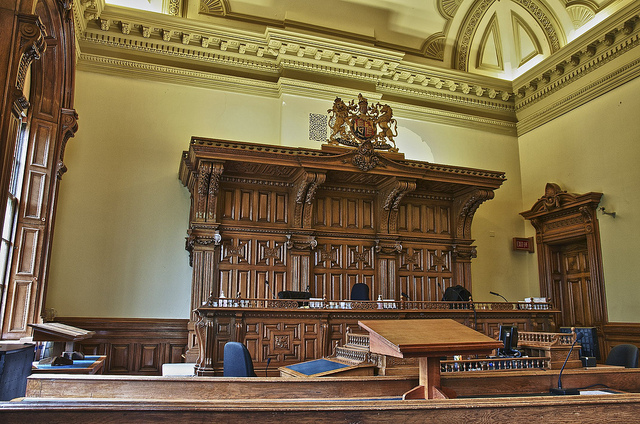 JPMorgan Chase’s (NYSE:JPM) trading strategy was a “runaway train that barreled through every risk warning,” said Sen. Carl Levin, the Michigan Democrat in charge of the Permanent Subcommittee on Investigations, during the March investigation of the bank’s 2012 “London Whale” trading losses. The Senate’s probe revealed one salient issue: the nation’s largest bank ignored internal controls and manipulated documents as trader Bruno Iksil — now known as the London Whale — racked up a more than a $6 billion loss from outsize derivatives trades. His actions are at the center of the bank’s wider losses.

United States prosecutors have now filed criminal charges against two former JPMorgan traders who allegedly attempted to disguise the bank’s mounting losses: Javier Martin-Artajo, the man in charge of the team that made the so-called whale-size wagers in corporate-credit investments; and Julien Grout, the man responsible for recording the daily values on the team’s positions. In an unusual display of government force against Wall Street risk-taking, the federal government charged both Martin-Artajo and Grout on Wednesday with wire fraud, falsifying bank records, contributing to false regulatory records, and conspiracy to commit those crimes.

“Our financial system has been hurt in recent years not just by risky bets gone bad but also, in some cases, by criminal wrongdoing,” said Attorney General Eric Holder in a Department of Justice press release.  “We will not stop pursuing those who violate the public trust and compromise the integrity of our markets.” The Securities and Exchange Commission filed a similar complaint against the two men.

Prosecutors argued in the complaint that Martin-Artajo and Grout attempted to artificially manipulate the value of their positions in order to hide losses that had already accumulated by the end of March 2012, actions that caused JPMorgan to report false entries in its first-quarter results. “As alleged, the defendants, Javier Martin-Artajo and Julien Grout, deliberately and repeatedly lied about the fair value of billions of dollars in assets on JPMorgan’s books in order to cover up massive losses that mounted month after month at the beginning of 2012,” said Singh Bharara, a U.S. attorney for the Southern District of New York, in the press release.

Because his positions were large enough to move markets, Iksil was nicknamed the London Whale. And because those actions played out so badly, as much as $51 billion in shareholder value was erased at one point. As a result, they caused such a flurry of media attention that CEO Jamie Dimon was forced to admit that the losses were the result of “egregious” lapses. But Iksil, the man who executed the trades, will not be criminally prosecuted. The trader has agreed to cooperate with the investigation of United States authorities, according to documents filed Wednesday by the U.S. attorney’s office.

Wednesday’s charges are an important step in the government’s efforts to discover exactly who was responsible for the trading loss that occurred in the London branch of JPMorgan’s Chief Investment Office. In the past, the bank has argued that only a small group of traders engaged in risky behavior that resulted in the fiasco.

The prosecutors’ case relies heavily on the statement of a witness, a “co-conspirator not named as a defendant,” who was later identified as Iksil. In court documents obtained by The Wall Street Journal, Iksil outlines the the chronology of events. He said that in early 2012 he attempted to have his colleagues value the credit portfolio, where losses were mounting, more accurately. But Martin-Artajo allegedly rebuffed those efforts, according to the complaint. He was said to have told Grout not to show any additional losses caused by downward trends in the market, informing Grout that it was what New York wanted, prosecutors claim.

Don’t Miss: Is Low Inflation Catching Up with the Fed?