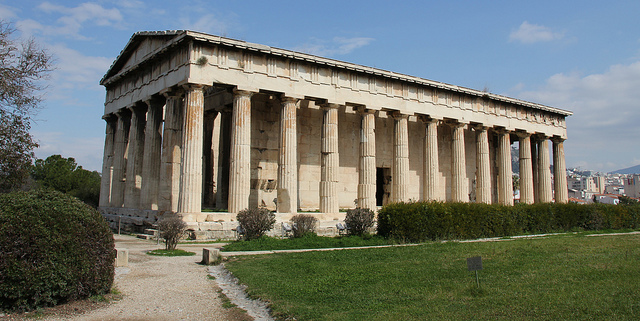 Greece is finally finding the political will to comply with the longstanding requirements of its bailout funding — money which it needs next month if it wants to avoid financial ruin.

The road is, and has been, challenging. Protests in Athens highlight public distaste for public sector reforms, and yet the lack of growth and tax revenue, along with the need for outside help, underscore the painful reality that the ancient and proud country has to bite the bullet, or face further economic deterioration.

According to a statement by Dutch Finance Minister Jeroen Dijsselbloem, Greece has fulfilled 21 of 22 promised measures. Now, the next payment of Greece’s bailout funds will be contingent on the country’s ability to implement a final measure relating to public employees.

This will be the most difficult test for Greece yet.

So far, the country has complied, and today notified 25,000 state workers that their lives were about to change. Some are going to be laid off immediately, while others will be put into a mobility scheme, whereby they have 9 months to find another job, or else lose their current position. The measure has people taking to the streets in Athens decrying the measure.

The public sector in Greece has been plagued by inefficiency and overburdening due to the nature of the system, similar in some aspects to the now-failing Detroit.

In an interview earlier this month with the German paper Deutsche Welle, Greek labor expert Roula Salourou explained the convoluted nature of public employment in Greece. For instance, Salourou noted that there was never an official method for determining who did what in a public agency, namely because the system has traditionally been used as a means for politicians to give their friends jobs.

Moreover, the total number of Greek public employees was not established until 2010 — a figure that didn’t even account for those working for massive state-owned enterprises.

Now, as the system comes apart at the seams, politicians are letting people go, faced with little choice now that they are no longer the ones with power and money — that position now belongs to their ‘troika’ of lenders, comprised of the International Monetary Fund, European Central Bank, and European Union.

In that sense, the situation is different from that of Detroit, which now faces bankruptcy. When creditors poured money into the city’s broken system in years past, there were no stipulations to clean up corruption in the political system, and no requirements to manage costs — Detroit simply cashed checks from bond holders, to the point where it now owes hundreds of millions to them, as part of a larger $18.5 billion debt. Creditors and pensioners will take substantial losses in the case of Detroit, and bankruptcy will be the first step towards renewing the city.

Greece has received too much investment from the EU to have the situation play out in the same way, despite the similarity of the predicament. Private investors were already clobbered with a 100 billion euro write down, something Germany has said it will not do. However, the EU economic leader is set to pledge $130 million to help struggling small Greek enterprises, according to Greek officials.

With the legitimacy of the euro at stake, and substantial investment from Europe and the IMF, Greece is not likely to fail in the way Detroit has. Luckily for its creditors, the country is starved enough for money that it has accepted the burdens of its borrowing.

With sky-high unemployment already crushing the country, the path ahead is tragically sad for the cradle of western civilization. However, a pending trade agreement with the U.S., and improving conditions throughout the bloc, provide some amount of economic hope in a country thirsty for good news.