Grocery Wars: Wal-Mart, Target, and Costco Duke It Out 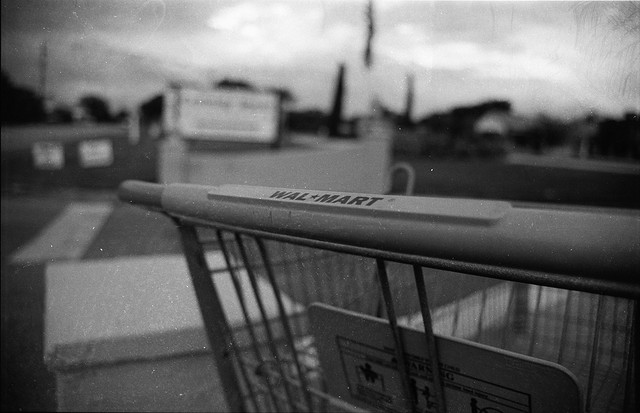 Do you remember a time when Wal-Mart (NYSE:WMT) steamrolled mom and pop shops across the United States by undercutting their prices and putting them out of business? This was the first reason people began to hate Wal-Mart. Though it might sound harsh, this is capitalism at work. However, it might not be as fair this time around, since Wal-Mart is attempting to do the same thing north of the border. Yes, that would be Canada. Only this time, Wal-Mart is taking a different approach than in the past.

The following is a telling statement made by Shelley Broader, the CEO of Wal-Mart Canada: “I’m not stopping until I get food in every box in Canada.” She wants fresh food in every store. This makes sense, considering Wal-Mart Canada enjoyed market share gains in the third quarter for food. If you want to know what Wal-Mart Canada is trying to become over the long haul, see if you notice a pattern below:

Victims (and victor) of the north

Loblaw — the largest grocer in Canada — cut 275 employees late last year, which followed 700 layoffs in its head office one year earlier. Loblaw is clearly trying to cut expenses. The reason? Increased competition, which has a lot to do with Wal-Mart.

The competitive environment has forced Loblaw to lower its pricing in order to keep its customers, but this has hurt margins. To make matters worse for Loblaw and other Canadian grocers, Wal-Mart is investing $91 million in its distribution network because it wants to close the time gap between source and shelving for food products. This will expand margins and improve food freshness.

Wal-Mart claims that its prices are 8 percent to 20 percent lower than traditional grocers, and it recently announced plans to open 35 Supercenters (or “Supercentres” in Canada). This will bring Wal-Mart’s total Supercenter count to 282. Only six of these Supercenters will be built from scratch. Ten existing stores will be expanded, and fresh food will be added to another 19 locations.

How do you think Target (NYSE:TGT) feels about this? It launched its Target Canada stores last year, and it was a rough start. Customers couldn’t find what they were looking for on the shelves, and pricing was higher than expected. Keep in mind that most Canadians live within driving distance of the United States, and that they often drive south to find better deals. Many of them have frequented Target stores in the United States on their journeys. They expected similar pricing with Target Canada stores, but they didn’t receive it. Target recently announced that it will add nine stores in Canada, bringing the total to 133.

Target has seen some traction recently by offering low food prices through fliers, but that’s not likely to be enough to stave off Wal-Mart, which is well aware of Target’s Canadian ambitions and has every intention of halting its progress. Wal-Mart also has 20 years of experience in Canada. If you believe experience is everything, then you already know who’s being deemed the favorite.

But there’s one underdog that you might not want to underestimate. Costco Wholesale (NASDAQ:COST) will never be the size of Wal-Mart, but investors don’t care about size. They care about stock appreciation and booking profits.

Costco has 87 locations in Canada, as well as 10 million members, most of which pay $55 per year for their membership privileges. Costco wants to reach 110 Canadian locations in Canada, and it’s targeting new locations in Ontario and western provinces. Costco uses its grocery store to drive traffic. But Costco also hopes that customers will spend money on higher-margin items in the store while there.

Wal-Mart might not compete with Costco, but its Sam’s Club does, and Sam’s Club had to close six underperforming locations in 2009. Costco’s most appealing aspect: good value on high-quality products. Costco puts an item on a pallet. If that item sells on the first day, it stays. If not, it goes. It’s that simple. It doesn’t market, relying primarily on word-of-mouth, which keeps costs low. Membership renewal rates for Costco in Canada: 90 percent.

None of the retailers mentioned above can be ruled out for success in Canada. However, Wal-Mart has an edge over Target thanks to its established presence in regards to geographical exposure and experience. Plus, Wal-Mart doesn’t have to contend with the unknown total coasts of a massive U.S. data breach like Target does. Therefore, Wal-Mart is more attractive than Target at the moment.

As far as Costco is concerned, it’s in a league of its own. It’s seeing excellent customer feedback and consistent foot traffic in every market it enters. This likely has to do with good value on high-quality items combined with superior customer service. A 90 percent renewal rate in Canada is also phenomenal. There will likely be a day when Costco’s business model no longer works due to a changing economic landscape, but that day is far away. Costco is still growing, and its brand is almost always seen in a positive light.