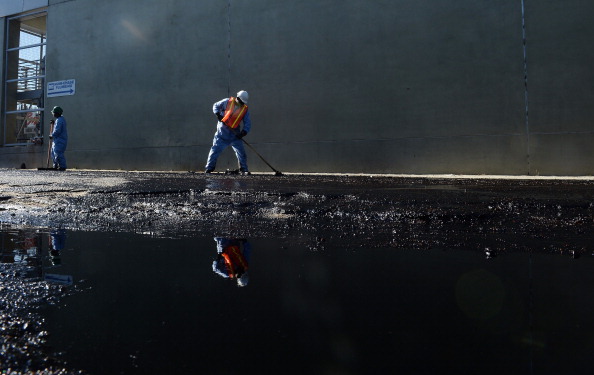 It takes an awful lot to force a company to throw away its most lucrative contract, so whatever the American Petroleum Institute (API) did to the Edelman public relations firm must have been pretty severe. Or did it?

The news comes by way of The Guardian, which says that Edelman — the world’s largest public relations firm — has decided to cut ties with the very powerful and influential American Petroleum Institute, which lobbies on behalf of the oil and fossil fuel industry. The move is notable as the two have been partners for more than a decade now, and Edelman has made more than $325 million from that one contract alone. That has a lot of people wondering why Edelman would decide to sever such a high-profile client, and such a monstrously profitable one at that.

Neither Edelman or API is talking. Not yet, anyway.

At first glance, this may simply be an attempt by one of the world’s largest PR firms to clean up its image by using more discretion when choosing who’s on its client list. There has been significant concern from many big businesses regarding who they are associated with, and as fears about climate change and its link to fossil fuels continue to become more understood and more widely accepted, firms are being forced to make some changes.

“The marketing communications industry in general has got to understand that there’s a lot of scrutiny on the client list,” a source from within the PR world told the Holmes Report. “In this sector in particular, that’s pretty important. Because large clients are waging war with fossil fuels companies, and they are putting pressure on their suppliers not to work with them.”

Because of the non-response to inquiries in reference to the separation, The Guardian did a little more digging into the relationship between API and Edelman. As it turns out, the majority of the work done on API’s behalf was handled by a subsidiary of Edelman called Blue Advertising. What’s interesting is that Blue Advertising will evidently continue to shoulder the workload on the API account, but will simply break away from Edelman in order to do it.

Essentially, what we are seeing is a company with a lucrative arrangement pretending to jettison that contract due to mounting pressure from its other clients. Justifiably not wanting to dump a good percentage of the company’s revenues that are tied up with that one contract, Edelman is simply spinning their subsidiary off so that they can continue their work. That cleans up Edelman’s client list, allows Blue Advertising to continue to do its work for API, and gives those businesses wary of working with climate-denying companies peace of mind.

If anything, you have to hand it to Edelman for pulling off one of the most “PR” moves in recent memory.

There has been plenty of bad press directed at Edelman for its relationship with API, so it’s possible that the company’s leadership felt that they had no choice but to make some changes. For example, Vice published an article during the summer of 2014 titled “How The World’s Biggest PR Firm Helps Promote Climate Change Denial”, which was only one of a handful of media pieces that basically called PR companies like Edelman out for working with clients like API.

According to that same piece from Vice, API’s money is flowing into other organizations to help further its cause, albeit not in such a direct way. Vice says that API has sent funding to The Cato Institute, The American Tradition Institute, and the Competitive Enterprise Institute, all in an effort to undermine environmentalists in their work to bring more attention to climate change. It’s clear that the API has deep, established ties to a number of organizations, and when it came time for Edelman to make a decision about whether or not to keep them on as a client, it wasn’t simple enough to just cut them completely loose.

And considering that Edelman had actually made a pledge to end its work with organizations working on climate-denying campaigns, the company really had no choice. But its fancy corporate footwork — by spinning off a subsidiary to continue its work with API — isn’t very forthright, even if it technically helps them achieve their goal.