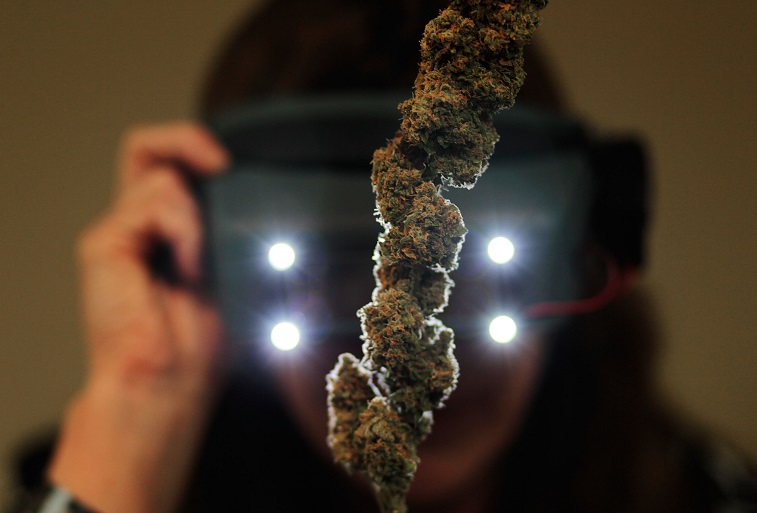 Marijuana legalization just went live in Alaska, making it the third state to “go green,” so to speak. Other states are considering doing the same. Not only that, but Colorado’s now year-old legal market has brought in so much tax revenue, that lawmakers are considering returning some of it to the taxpayers.

“It’s not worth it,” Coffman reportedly told other state attorney generals at a conference in Washington D.C., referring to her own state’s bold step of legalizing marijuana for recreational use by adults, per U.S. News and World Report. “The criminals are still selling on the black market … We have plenty of cartel activity in Colorado and plenty of illegal action that has not decreased at all.”

That fact, that illegal activity is still taking place in her state, seems to be her main argument that marijuana legalization was “not worth it.” Nevermind the fact that the state has raked in more than $75 million in additional revenue from taxes and fees, or that people are no longer being incarcerated for marijuana possession or use. It seems clear in Coffman’s mind that since there is still activity on the black market, that the whole thing has been a bust.

U.S. News says that Mason Tvert, the head of communications for the Marijuana Policy Project in Colorado, is not surprised by Coffman’s stance, but that what she is saying doesn’t quite add up when you consider the strides the state has made in allowing legalization to occur.

“If hundreds of millions of dollars in marijuana sales are taking place in licensed businesses, where would they be taking place if they were illegal?” he said. “It’s hard to imagine how anyone, let alone our state’s top law enforcement official, could fail to recognize the impact our laws are having on the underground market.”

Let’s keep in mind that there are also black markets for other perfectly legal commodities — alcohol and cigarettes still find their way to minors, for example. For Coffman to use her position to undermine her state’s progress has to be disheartening for Colorado’s residents. And on top of that, the only reason that the black market continues to exist in Colorado and Washington, even post-legalization, is most likely due to the government itself being too restrictive as far as regulations go.

If the legal market is not meeting demand, then naturally consumers are going to go wherever they need to, to find adequate supply. Thus, they turn to the black market. The question, then, is why can’t the legal market meet demand? There are likely many would-be entrepreneurs who be happy to provide a solution to that market gap, but obviously that’s not happening. Colorado’s system, which requires licensing and other measures, is evidently over-regulated, which is directly allowing the black market to persist.

Nobody goes to the black market for hot dogs whenever there is a shortage, and there’s no reason that should be the case for marijuana either.

If Coffman really wanted to get rid of illegal activity in her state, she should probably push for the one thing she despises the most: An even more open, less-regulated pot market for Colorado. While Coffman may hold her own personal beliefs about marijuana, claiming that the state’s ending of cannabis prohibition — or any other state’s, for that matter — is “not worth it” because of the black market’s persistence is hardly concrete reasoning.

Colorado took a big step, along with Washington, in moving forward with marijuana legalization. Other states are now following suit in their footsteps. That is something that Colorado should be proud of and continue, rather than dismiss as a failure.