Wall St. Earnings Expectations: The average analyst estimate is for profit of 61 cents per share, a decline of 39% from the company’s actual earnings for the year-ago quarter. During the past three months, the average estimate has moved down from 63 cents. Between one and three months ago, the average estimate moved down. It has been unchanged at 61 cents during the last month. Analysts are projecting profit to rise by 11.6% compared to last year’s $2.97.

Start 2013 better than ever by saving time and making money with your Limited Time Offer for our highly-acclaimed Stock Picker Newsletter. Click here for our fresh Feature Stock Pick now! 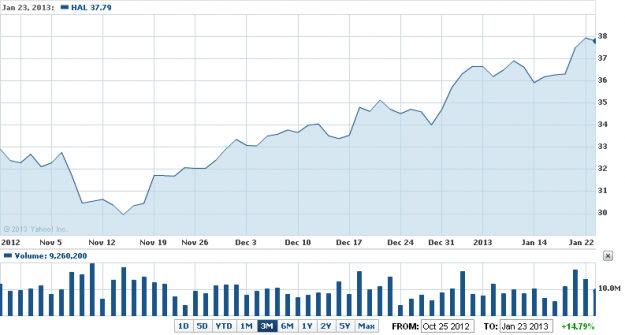 On the top line, the company is looking to build on four-straight revenue increases heading into this earnings announcement. Revenue rose 36.9% in the fourth quarter of the last fiscal year, 30% in the first quarter and 21.9% in the second quarter before increasing again in the third quarter.

The company is trying to use this earnings announcement to rebound from income declines in the past two quarters. Net income dropped 0.3% in the second quarter and then again in the third quarter.

Balance Sheet Analysis: The company’s current ratio of assets to liabilities came in at 2.78 last quarter. Having a ratio above 2:1 is usually considered a good indicator of a company’s liquidity and ability to meet creditor demands. The company regressed in this liquidity measure from 2.82 in the second quarter to the last quarter driven in part by an increase in liabilities. Current liabilities increased 3.6% to $4.6 billion while assets rose 1.9% to $12.77 billion.

Wall St. Revenue Expectations: Analysts predict no change in revenue from the year-earlier quarter to $7.06 billion.

Stocks with improving earnings metrics are worthy of your extra attention. In fact, “E = Earnings Are Increasing Quarter-Over-Quarter” is a core component of our CHEAT SHEET investing framework for this very reason. Don’t waste another minute — click here and get our CHEAT SHEET stock picks now.