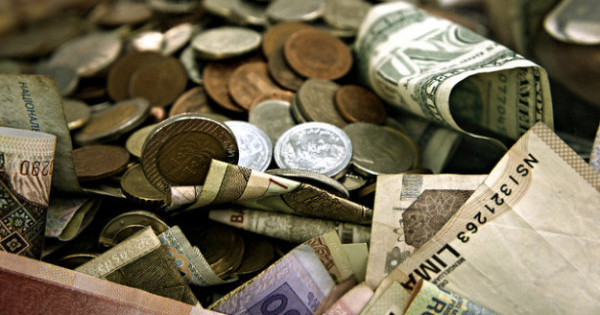 The imbalance between U.S imports and exports has hit an 18-month high. It is not just that the demand for American goods overseas is falling, but that domestic consumption is being met by importing more from overseas. One question most economists are asking now is this: Will the rising imbalance thwart economic recovery?

The U.S. current account deficit — the net earnings from the import and exports of goods, services, and foreign investments — rose 2.6 percent to $111.2 billion from $87.3 billion in the fourth quarter of 2013, the highest rise in about a year and half, quarterly data released by Bureau of Economic Analysis of the U.S. Department of Commerce showed.

Demand for U.S.-made goods and services continues to be sluggish, as markets in Europe and Asia are meeting the consumer demand by providing cheaper substitutes. These firms are able to maintain healthier margins thanks to cheaper cost of labor. U.S exports of goods shrunk to $399.7 billion from $407 billion in the previous quarter. Exports are down 0.2 percent in the first quarter.

In what could be a concern for U.S. economic growth, the decline in exports is widespread. Everything from wheat, grains, soy, vegetables, fruits, and nuts to energy products like oil and gas and automotive vehicles and parts makes the list.

Demand for American cars and their parts have also marginally fallen to $37.2 billion between January and March this year from $38.5 billion between October and December last year.

This first quarter, the economy has been hit by a double whammy of falling exports and rising imports. Imports have risen 2.1 percent in the first quarter this year. Imports of energy products went up from $99.4 billion in the last quarter of 2013 to $103.4 billion. Even as petroleum exports fell, imports of petroleum and related products increased from $93.6 billion to $97 billion. Crude imports were also up from $66.8 billion to $69.7 billion.

Moving to income from investing overseas, income from direct investments is down sharply from $120.3 billion to $114.9 billion, almost at the levels we saw about a year back. There has also been a sharp fall in reinvested earnings from $90.8 billion to $76.6 billion in the first quarter this year. Regulatory challenges, unfavorable foreign investment policies, lower returns on debt due to faltering economic growth, and red tape has forced American investors to pull out from a lot of Asian and European countries.

U.S. economic growth fell by 1 percentage point in the first quarter, but economists are hoping for a rebound in the economy in the second quarter. However, weak trade deficit numbers have put economists on cautious footing about the pace of economic recovery.

According to The Wall Street Journal, economists from Credit Suisse revised their growth estimate for the second quarter from 4 percent to 3 percent following the release of trade deficit data. Barclays Capital dropped its estimate to 2.9 percent from 3 percent in light of the trade figures.