How do you feel about your job? Does the thought of a new task or project at work sound fun, challenging, and exciting? Or, does it sound tedious, daunting, and exhausting? In his blog, author Alex Kjerulf says that unhappy workers procrastinate on projects, often sweat the small stuff, and generally don’t feel like helping others out around the workplace.

Data published on CNBC indicates that 15 percent of Americans are among those who dislike, or even hate, their jobs. The news publication names some of the most-hated jobs as technical support analysts, electronics technicians, and law clerks. Many of the jobs on the list involve long hours, a lack of opportunity for advancement, an abundance of customer and client complaints, or, of course, low pay.

One of the major factors that plays into our level of job satisfaction is our salary — we often associate our level of pay with how much we’re valued and therefore, salary is one of the top drivers for employee engagement. 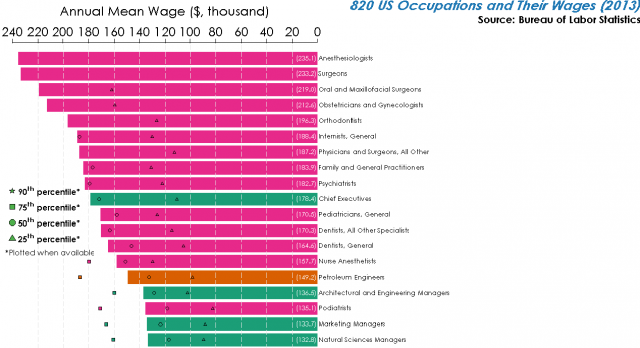 Many of the highest paying jobs are in the medical field, where employee engagement is considerable higher than in other industries.

Whether you’re one of the many Americans who is unhappy in their current position, or you are the happiest worker in the office, factors, in addition to pay also play into your job satisfaction. Company perks and work environment have an impact on how much you like your job as well. This list of jobs generally offer a high level of satisfaction. It is based on general measures of happiness like work-life balance, job stability and security, pay, and opportunity for advancement.

Joining business and information technology together, computer systems analysts increase efficiency within an organization. As a Jack of many trades, the analyst studies a business’s computer systems and setup and then finds ways to make things run smoother.

This position scores high in regards to the flexibility it offers, and some analyst are able to telecommute. It also offers a degree of job security as the Bureau of Labor Statistics expects nearly 25 percent job growth between 2012 and 2022. 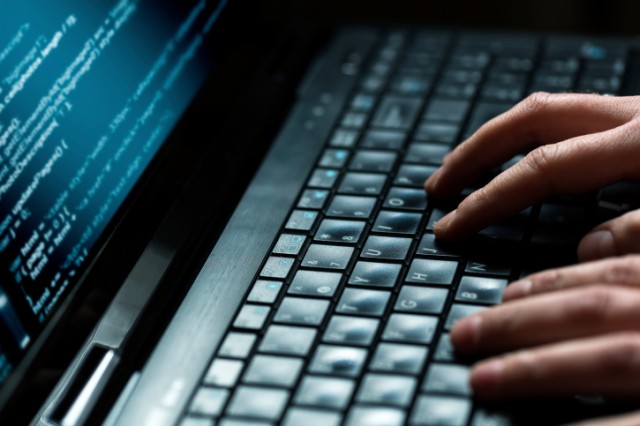 With a median income exceeding $93,000 and an unemployment rate of only 2.8 percent, this position scored number one on the U.S. News list and it also scored number seven on the CNBC list of the best jobs of 2014. The position of software engineer frequently ends up on best jobs lists as it is a notoriously lucrative and rewarding position.

Software engineers often work in teams and their employers are sometimes some of the most sought after employers out there, like Google. They work on all sorts of projects, ranging from creating new code to apps and video games.

Ranking number one as the job with the best work environment, tenured university professor scored number two on CNBC‘s overall list of the best jobs. The median income for this job is $68,970. It does, however, generally take several years to reach this position but once you’ve reached this level, this is a rewarding career. Tenured professors are well-respected as the National Education Association reports “no more than one-third of all college and university faculty members are tenured.”

These academics have a say in their schedule, teaching around three or four classes each week. Most tenured professors also conduct research, so they are able to use their expertise to pass knowledge onto others and also, discover new information within their field.

With a projected 36 percent growth between 2012 and 2022 and only .2 percent unemployment within the field, this position ranked in the top ten on the U.S. News list of the best jobs of 2014. Physical therapists earn a median salary of $79,860 and have a high degree of job flexibility.

Sometimes called PTs, physical therapists help people undergo rehabilitation after an injury or chronic pain. They create stretches or workout regiments and routines that are individualized to a patient’s unique circumstances, and they help patients recover. Stress can be high in this job, however, and there is little opportunity for advancement.

Occupational therapists are considered to have one of the best gigs as well, as this position earned a spot on the CNBC list of the top ten best jobs. With a median salary of $75,400, occupational therapists treat injured, ill, or disabled patients using various activities and help these patients improve their everyday life and employment skills. Employment of occupational therapists is expected to grow 29 percent between 2012 and 2022. Some other careers that are either within the medical field or related positions made the best jobs lists as well. Audiologists, speech pathologists, registered nurses, and physicians were among the careers that ranked high.

Dental hygienist is said to be one of the least stressful jobs a person can obtain. For that reason (among others), it made both the CNBC and U.S. News top ten lists of the best jobs of 2014. The educational requirements within this position are typically lower than those of other jobs with comparable pay. The minimum educational requirement is an associate’s degree in dental hygeine, and all states require that these teeth examiners be licensed. The median pay for this career is a sizable one at $70,210.

With expected growth of 33 percent between 2012 and 2022, dental hygienists don’t have to be too concerned with job stability in their field. They also have the opportunity to meet and talk to people each day, and educate them about dental health.