There’s a lot to hate about the lives CEOs lead: Long hours, lots of stress, and being responsible for the livelihoods of hundreds or thousands of people. There’s also a lot to love, though, especially the salary. Thanks to the GOP tax plan, CEOs could rake in even more money in the near future.

Machiavelli wrote that it is better to be feared than loved. These CEOs definitely believe nice guys finish last. They are hated and still raking in huge paychecks. (There’s no word on if their sleep habits have anything to do with it). All the executives on this list are hated, but we’ll start with the person with the lowest — yet still shockingly high — salary and work our way to the highest paid. 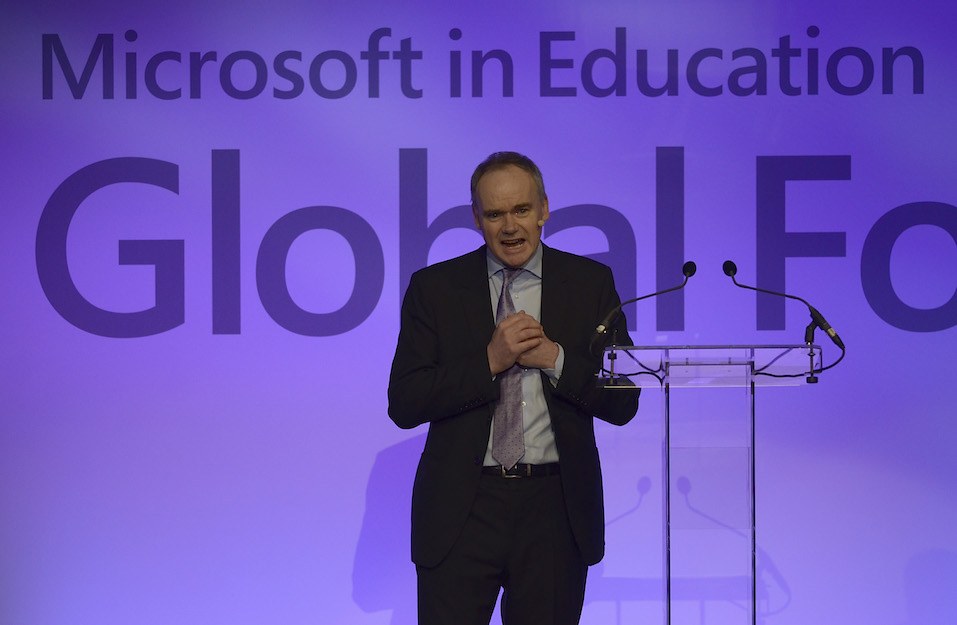 The man in charge of publishing company Pearson is well paid, but his employees aren’t huge fans. The website Glassdoor shows just a 30% approval rating for John Fallon from the people who work for him.

Next: Even this CEO’s $1 salary probably won’t save the company. 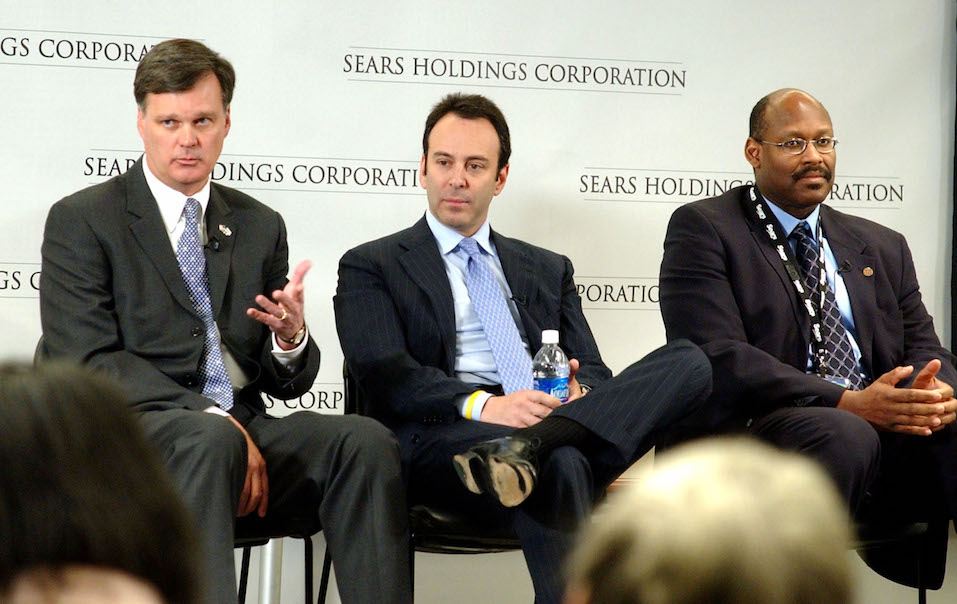 Despite basically running Sears into the ground, Edward Lampert still pads his bank account. He takes a $1 salary but earns millions in stock options. Whether it’s the way he runs the company or the fact he cashes in while Sears collapses, just 16% of his employees approve of the way he does things.

Next: A CEO who knows just what Lampert is going through. 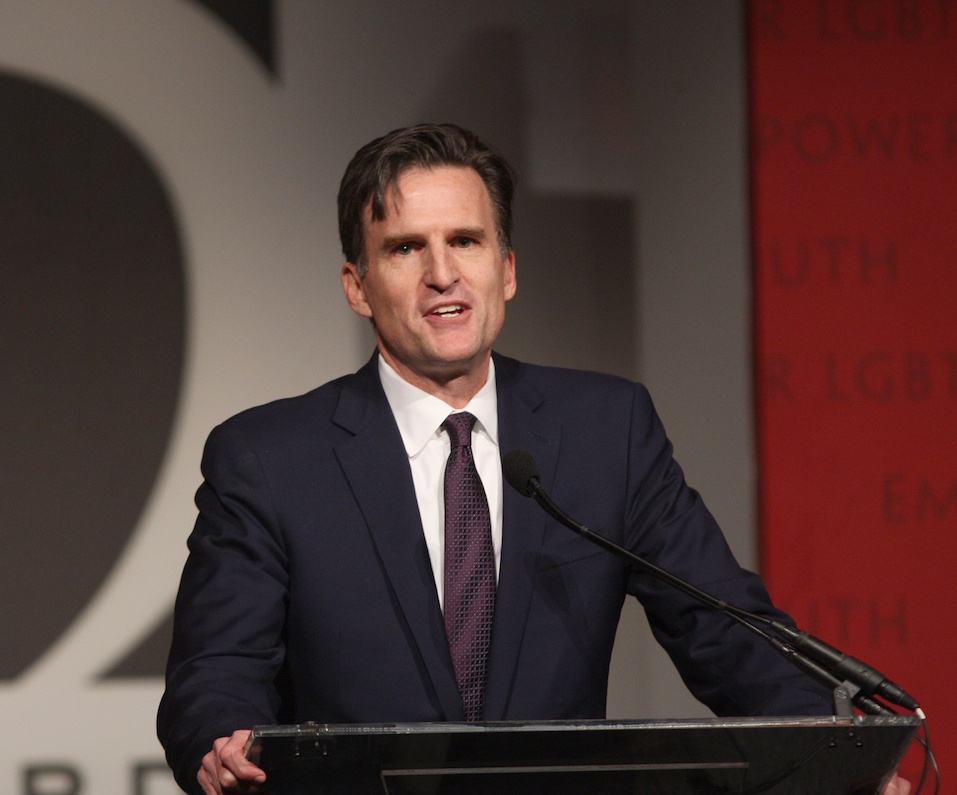 Macy’s is going through a hard time. | Bennett Raglin/Getty Images for Macy’s

We just discussed downtrodden Sears and its CEO, Edward Lampert. If anyone can identify with Lampert’s plight, it’s Jeff Gennette. Like Sears, Macy’s is hitting the skids. Like Lampert, Gennette still earns a hefty paycheck despite his company’s struggles. Where the two differ, however, is employee satisfaction. Lampert is loathed at Sears, but 68% of Macy’s employees approve of Gennette’s work.

Next: A loathed CEO who actually might be underpaid. 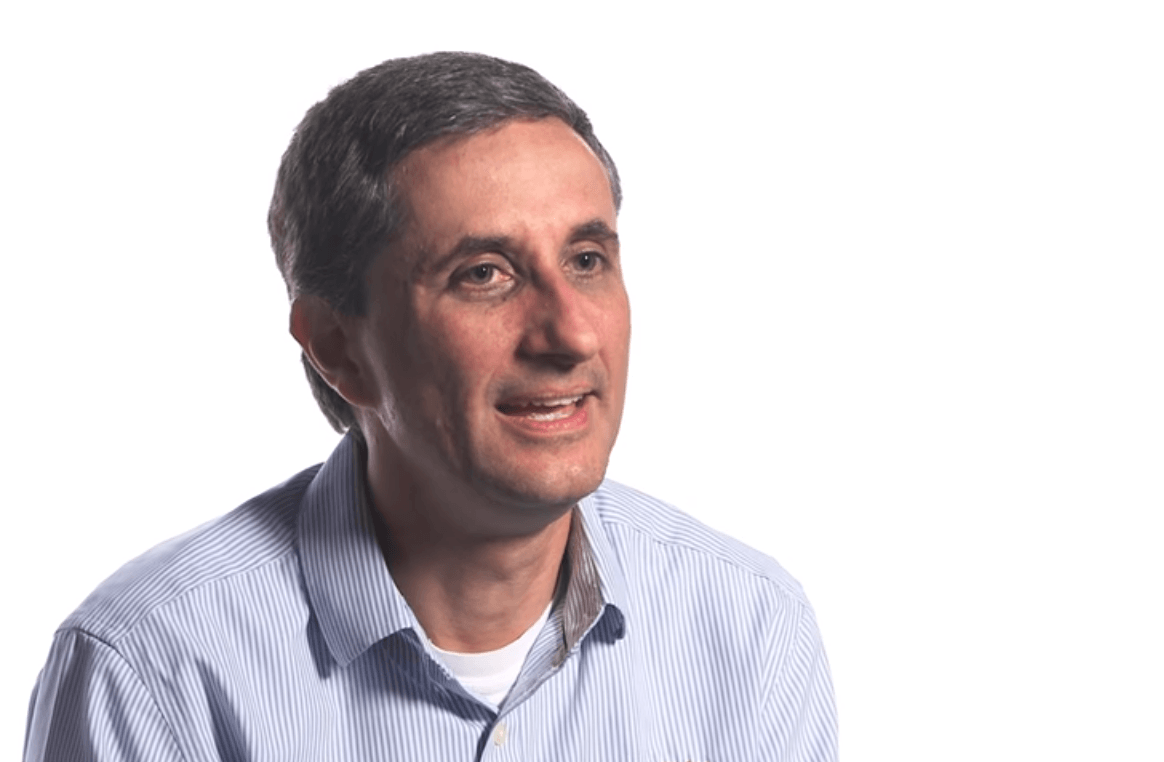 He has cut costs and enforced strict structure. | WSJ via Youtube

After four years at the helm of Kraft Heinz, Bernardo Hees has the company making money. That’s not helping his popularity. Cost-cutting measures and a strict corporate structure contribute to Hees receiving just a 28% employee approval rating on Glassdoor. Despite the low ratings, Hees might be considered underpaid as far as CEOs go.

Next: No defense for this CEO’s dismal ratings. 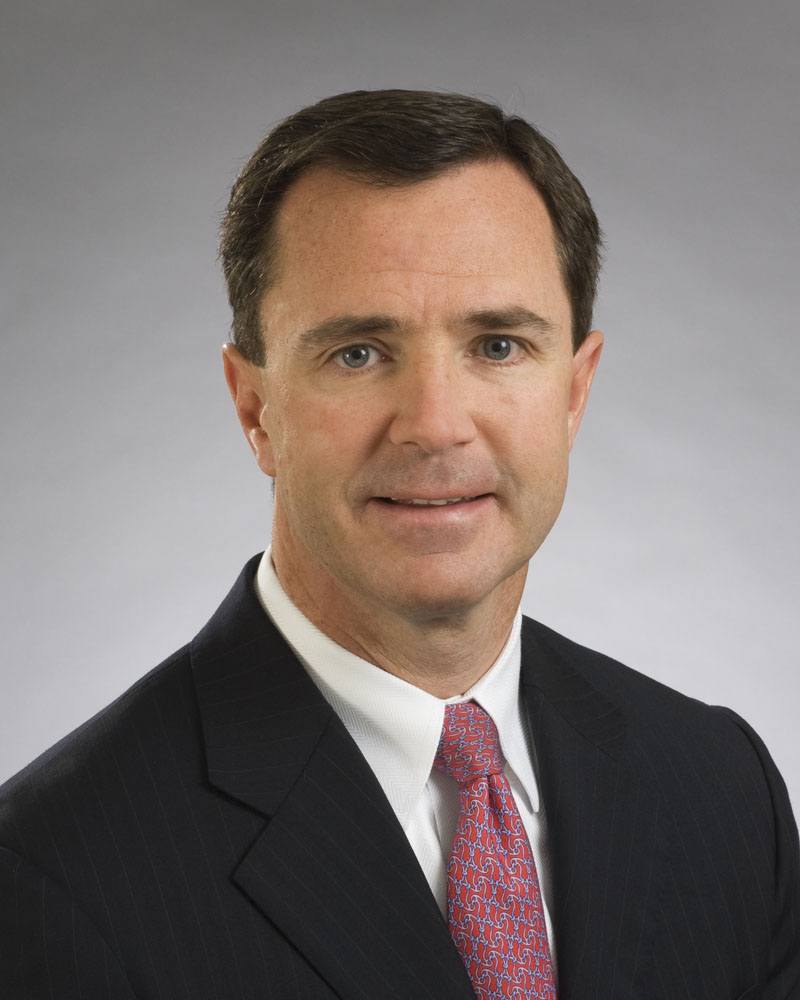 Harris Corporation is a tech company and defense contractor. CEO Bill Brown might need to use the company’s technology if he ever encounters an employee in a dark alley. Among the many complaints on Glassdoor, one of them sums up Brown’s style perfectly: “Corporate leadership is hostile towards employees, benefits are reduced every year, [and] pay raises are insulting.” It’s surprising that even 30% of Harris employees have anything nice to say about Brown.

Next: Airline CEO is last in the landing pattern among fellow executives. 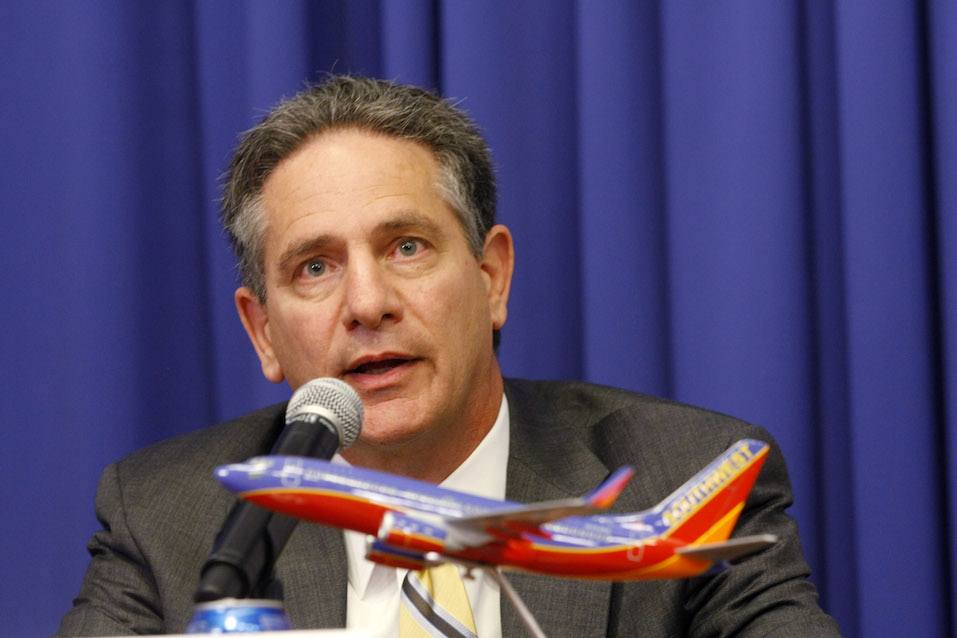 Fornaro was also once the CEO of Air Tran. | Lawrence Jenkins/Getty Images

To be fair, Spirit Airlines CEO Robert Fornaro gets fairly high marks from his employees. On Glassdoor, 64% give him a favorable rating. But when it comes to airline CEOs, Fornaro is behind his counterparts at American, Delta, and United.

Next: No love lost for this tech CEO. 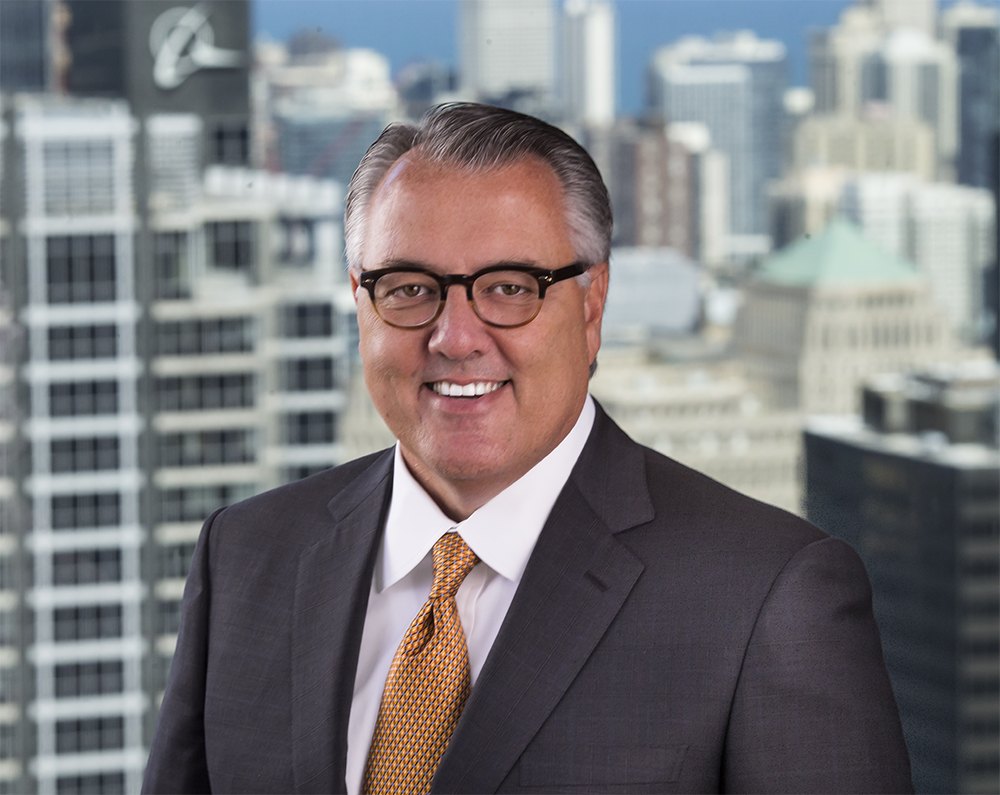 Employees aren’t a fan of his leadership style. | Motorola Solutions

Gregory Q. Brown is the man responsible for a major shakeup at Motorola. Investors and stockholders are happy. Employees? Not so much. Only 56% of employees approve of the CEO’s job, with a major complaint being the lack of transparency at the company. Despite those misgivings, Brown hauls in $12.2 million per year in salary and other compensation.

Next: A CEO makes millions while the company is bankrupt. 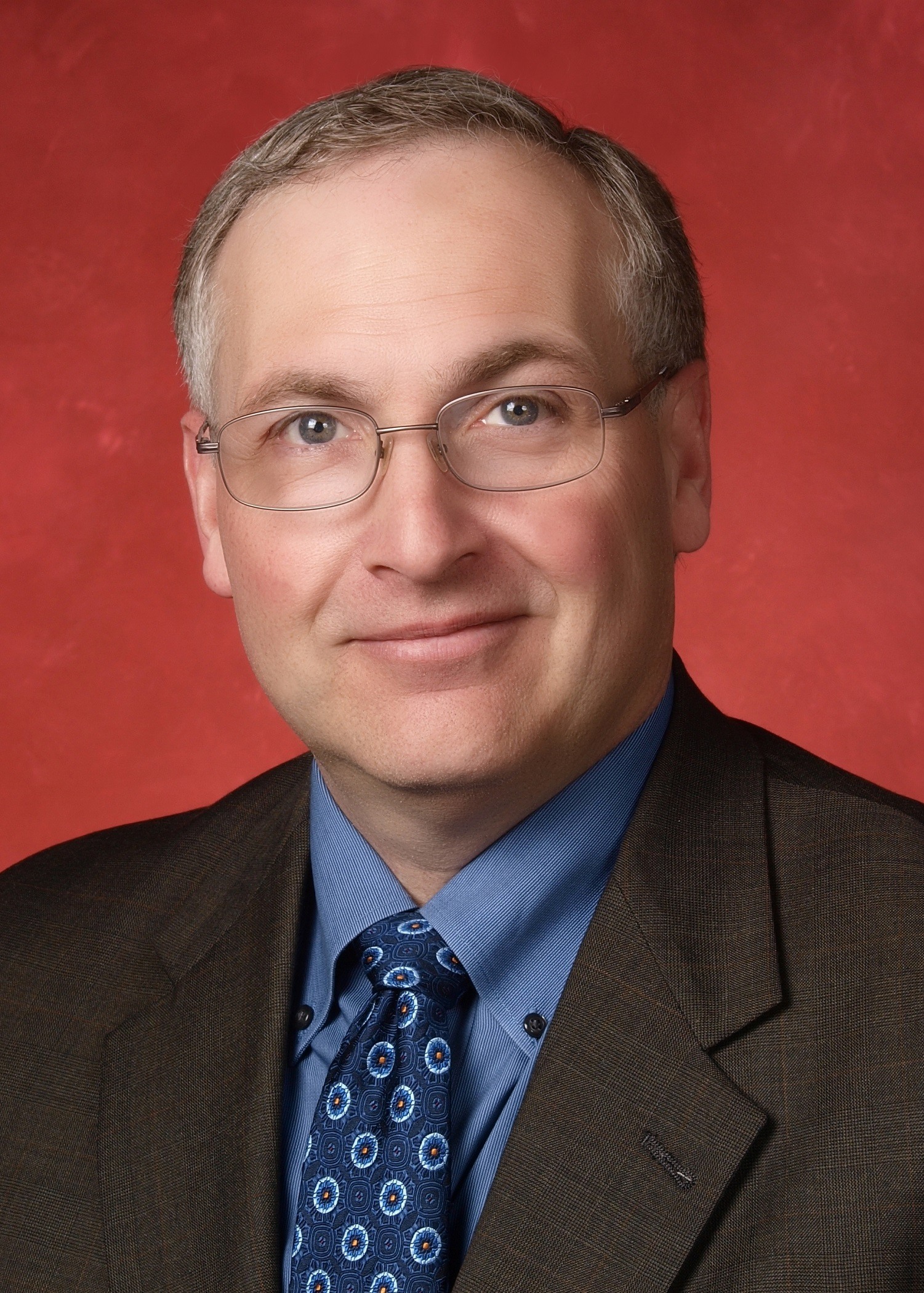 He eventually retired, but is still on the board. | Avaya

Before being ousted as CEO of software company Avaya, Kevin Kennedy was earning more than $14 million per year. The only problem with that? The company was dealing with bankruptcy. It’s not a good look when the CEO makes millions while the company struggles. Which is probably why a meager 60% of employees approved Kennedy’s work before he left.

Next: You know you’re hated when employees say everything is bad. 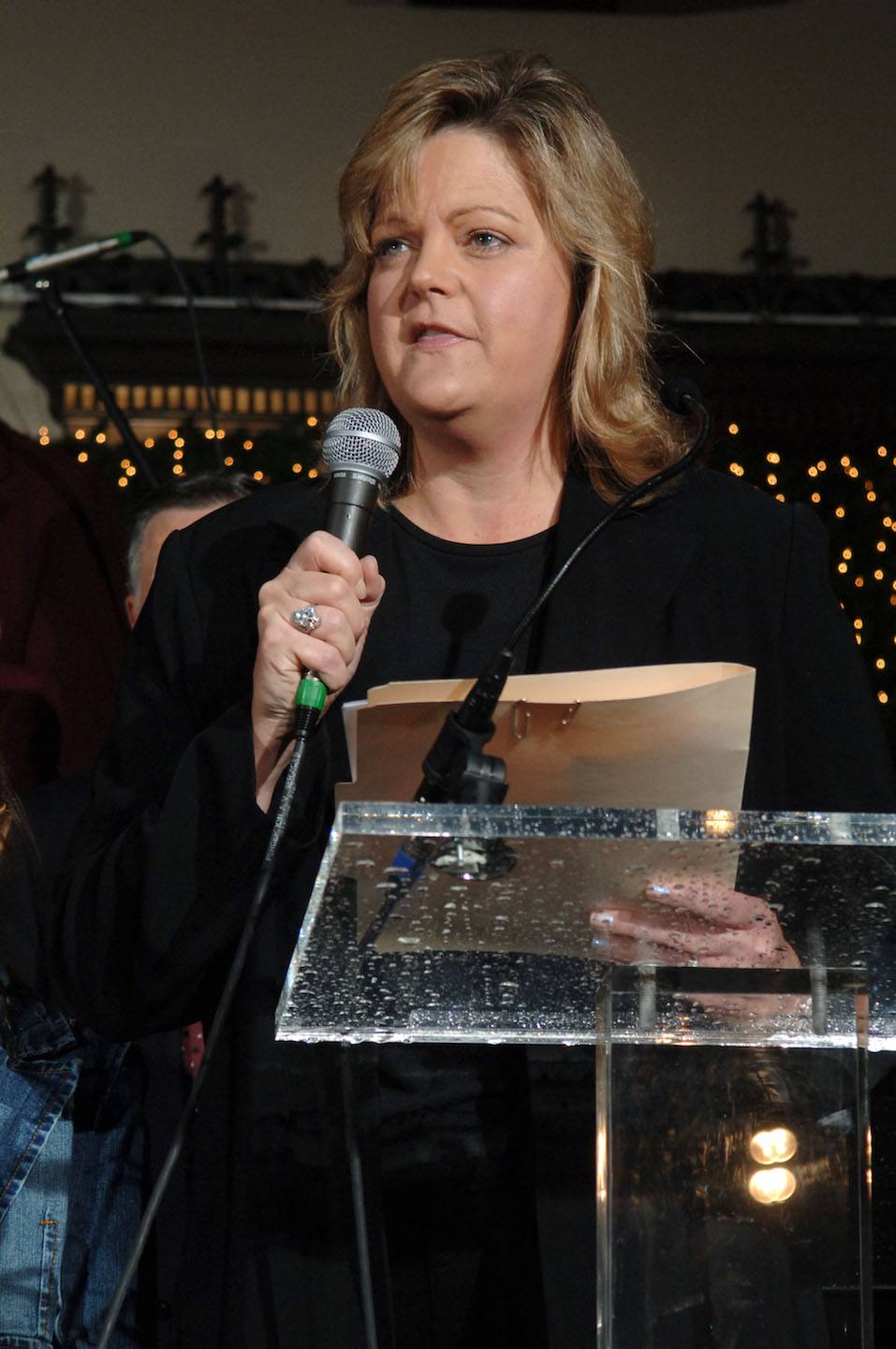 Jane Elfers doesn’t get much love from her employees on Glassdoor. Among the many complaints of upper management is this gem: “Honestly, everything is bad. Management does not care about employee and the pay is terrible.” Fair pay and genuine concern are two things a CEO should care about. Elfers probably can’t hear the complaints over the sound of the money machines counting her $15.7 million in salary and other benefits.

Next: A nice payday for the man in charge of this retail giant. 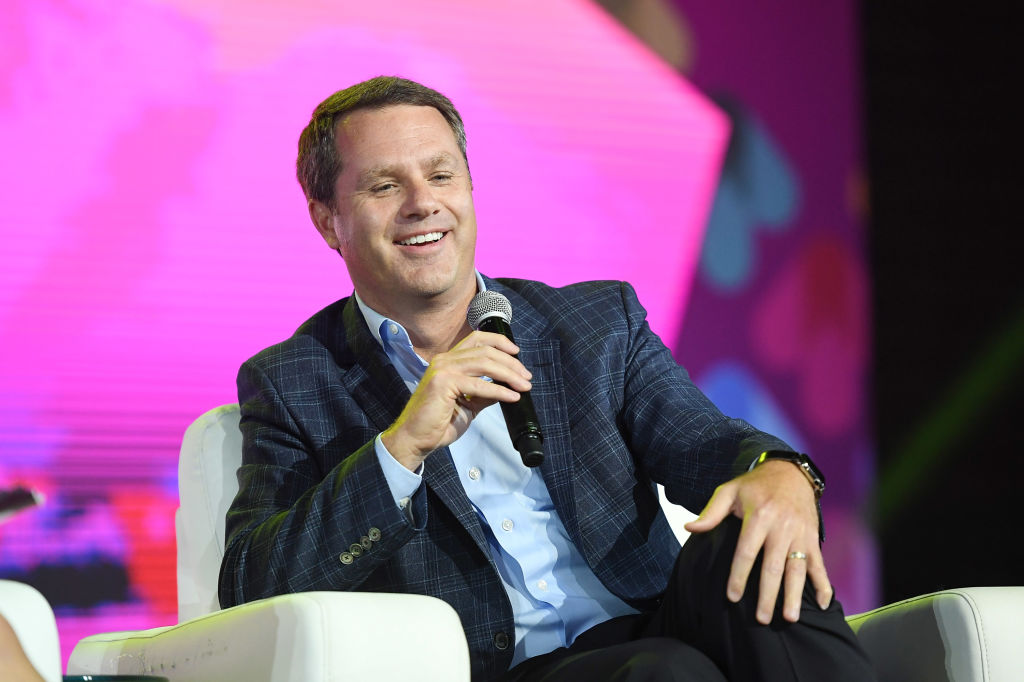 The Walmart CEO is loved more than many on this list, but that’s not saying much. | Paras Griffin/Getty Images

When you’re the man in charge of running the No. 1 company on the Fortune 500, you’re going to take some criticism whether or not it’s deserved. The fact that 69% of Walmart employees give Doug McMillon a thumbs up isn’t bad. It’s only when you compare him to loved CEOs like Elon Musk, Mark Zuckerberg, and Jeff Bezos that McMillon falls short. The fact McMillon has kept brick-and-mortar Walmart profitable in a digital age makes his huge salary almost worth it. 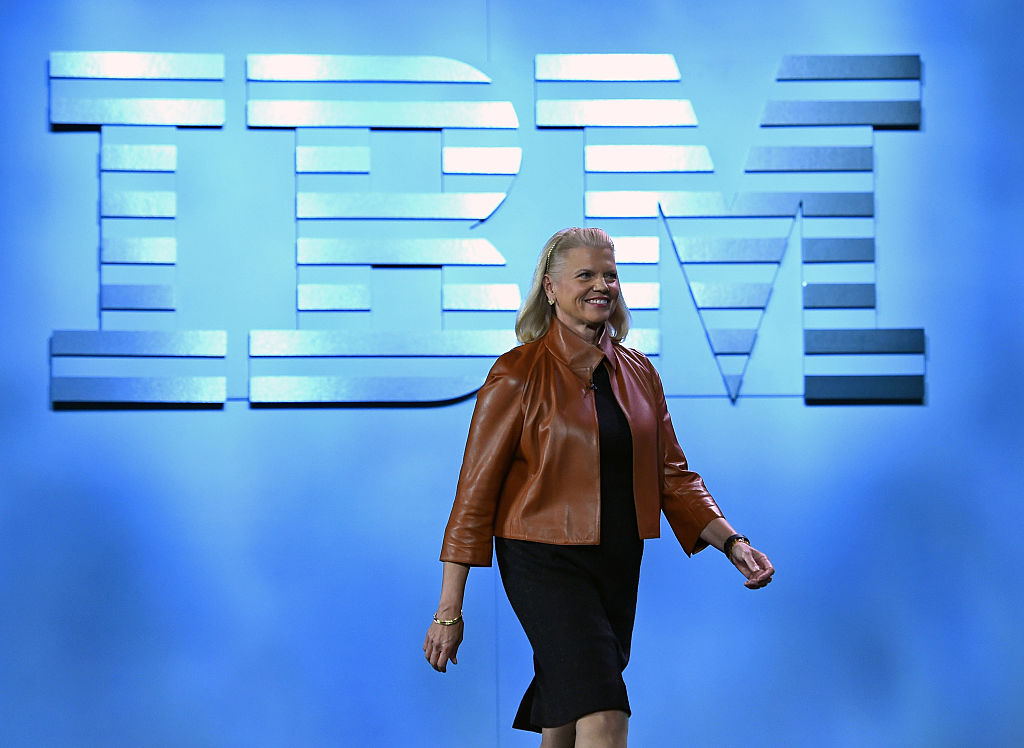 IBM employees don’t hate Ginni Rometty, as close to two-thirds approve of her work, but she’s not exactly loved. Shareholders clearly approve, as they signed off on a $33 million salary for her. But you must be doing something wrong if Warren Buffett jumps ship, which he did when he sold off IBM stock.

Next: Another woman who is well-compensated for her work. 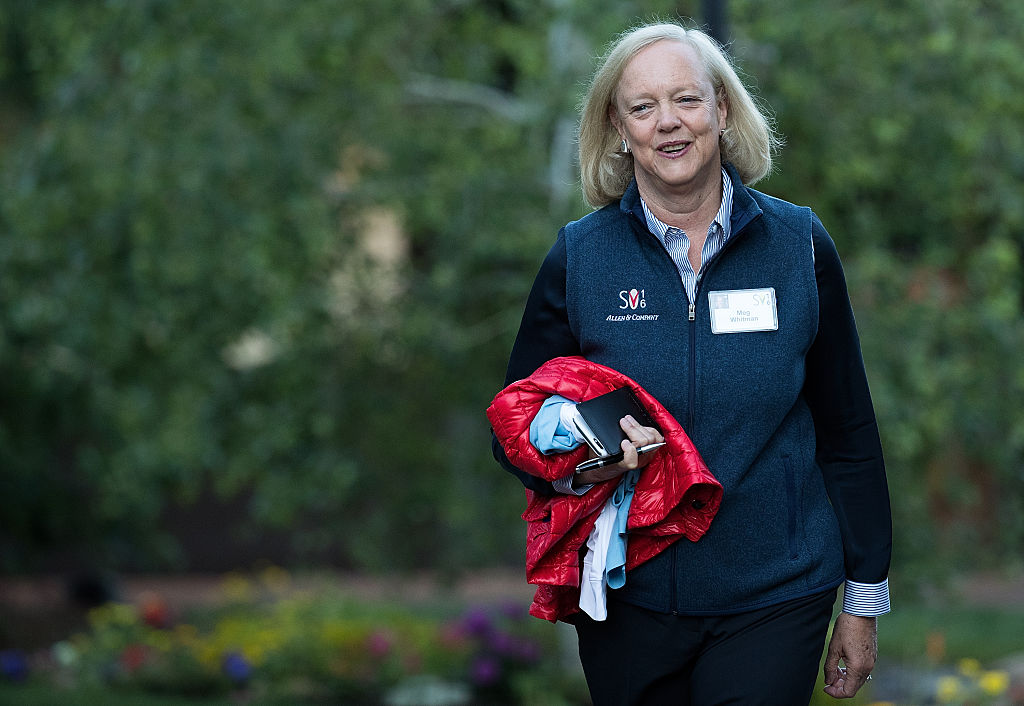 She’ll stay on the board of directors. | Drew Angerer/Getty Images

The former CEO of eBay, Meg Whitman will lead Hewlett Packard Enterprise until January of 2018. She will retire as CEO but remain on the board of directors. Most of her compensation as HP Enterprise’s CEO comes in the form of stock and options, a hefty sum that makes up for some poor approval numbers among employees. Only 54% approve, and one Glassdoor review doesn’t pull any punches: “Management was not considerate of the working class at all — they dropped all incentives, required overtime despite laying off all the skilled and dedicated workers, and took away or severely reduced benefits to those still left.”

Next: A billion-dollar deal nets a massive payout for this executive. 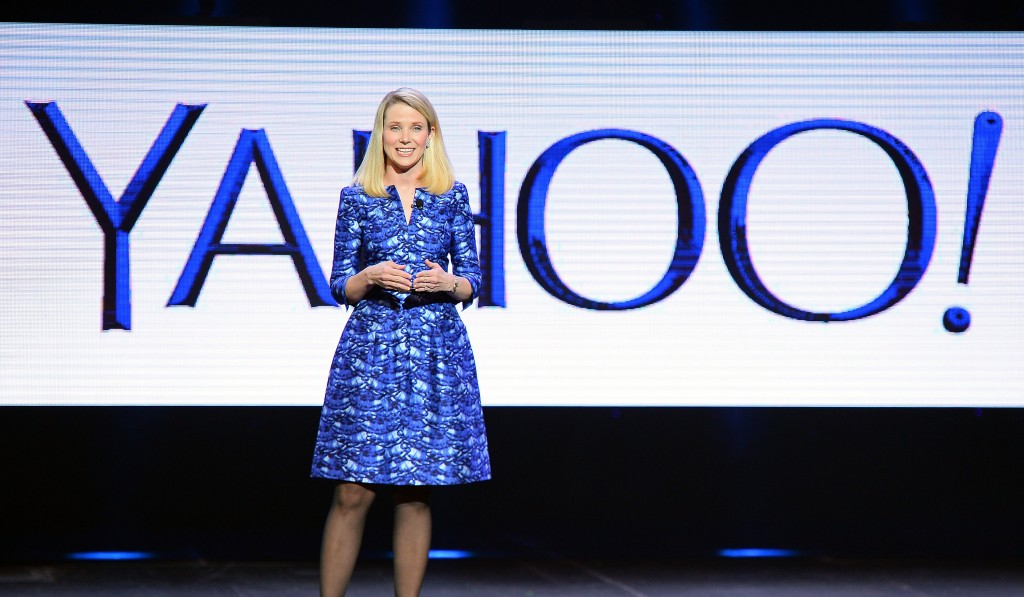 She got a pretty sweet severance package. | Ethan Miller/Getty Images

Marissa Mayer helped negotiate Yahoo’s $4.8 billion sale to Verizon. She was then replaced as Yahoo’s CEO. Technically she isn’t a current executive, but she’ll likely be cashing big paychecks for quite a while since she was awarded an exit deal worth close to $200 million. All that wheeling and dealing came despite some employees misgivings, such as one Glassdoor reviewer who wrote, “Not a lot of room for career growth, strategy shifts often, Kafka-esque management procedures, [and] mediocre employees benefits mostly due to backwards rating system.”

Next: One employee working for this CEO says to watch your back. 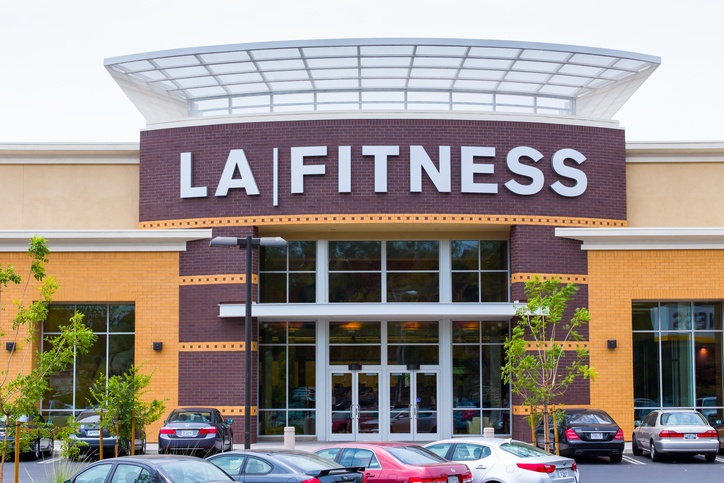 Employees are not pleased with his work. | Wolterk/ Getty Images

Louis Welch is the CEO of Fitness International, the parent company of L.A. Fitness. His compensation is unknown, but there are some things we do know. One, L.A. Fitness generated $1.9 billion in revenue in 2016; if he pocketed just 5%, that’s a cool $95 million. Two, actual L.A. Fitness employees give him an approval rating of just 29%. A particularly scathing Glassdoor review has one simple piece of advice: “If you choose to work here, watch your back at all times.”

Next: The founder is the CEO and he is not very well liked. 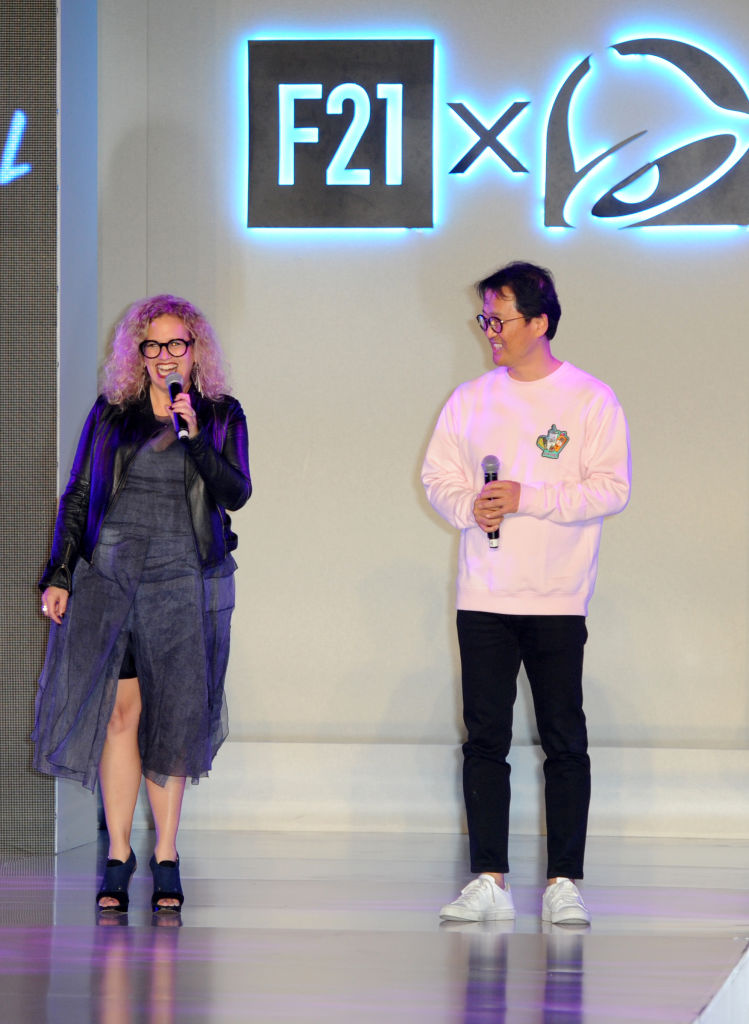 Do Won Chang (R) is probably pocketing a huge portion of the profits. | Joshua Blanchard/Getty Images

Since Forever 21 is a privately held company, the salary and compensation of founder CEO Do Won Chang isn’t disclosed. But the company did $4 billion in sales in 2016, according to Forbes. If Chang pocketed just 5%, that’s $200 million. The fact that Chang is potentially raking it in while the rank and file scrape by doesn’t make him extremely popular. Just 34% of Forever 21 employees approve of his work. A major complaint is a lack of leadership from management, and that starts with Chang.