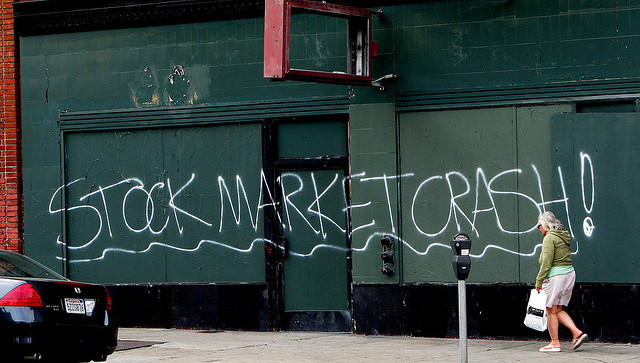 If you ask the equity strategists at Goldman Sachs, the incredible rally that sent the S&P 500 up about 25 percent in 2013 has stretched stock valuations. The rally, induced by the U.S. Federal Reserve’s highly accommodative monetary policy, has pushed the index to all-time highs against a dubious economic backdrop, fueling concern among market watchers that growth in 2014 will be modest at best. At worst, markets could suffer a correction, something many investors fear they will have to weather before the year is out.

“S&P 500 valuation is lofty by almost any measure,” wrote David Kostin, an equity strategist at Goldman Sachs, in a note seen by The Wall Street Journal. As of January 8, Kostin points out, the S&P 500 index traded at about 15.9 times expected 2014 earnings, toward the high end of the spectrum. Since 1976, the index has only traded at this valuation 5 percent of the time. Historically, valuations were only greater during the lead-up to the dot-com bubble and during a fit of market euphoria between 2003 and 2004.

Because of the currently high valuation, Kostin suggests that profit growth, not price growth relative to earnings, will characterize the movement of the stock market in 2014. He is projecting a gain of just about 3 percent for the index for the year.

Looking at other measures shows that the S&P 500 has a lofty valuation, as well. The index’s trailing price-to-earnings ratio sat at about 19.24 as of January 13, up from 14.87 in January 2013. Another way to evaluate the price of the market is to look at what’s known as the Shiller price-to-earnings ratio, or the P/E 10. The P/E 10 calculates price to earnings using the real (inflation-adjusted) earnings of the index averaged over the past 10-year period. This flattens the ratio and helps moderate short-term fluctuations. This measure sat at about 25.2 in January.

Investors can also look at earnings yield — effectively the inverse of the price-to-earnings measurement — to get an idea of how equities are doing. Typically, since equities are riskier than other investments like bonds, investors demand a premium on the yield of an equity compared to a safer security, like a bond. The earnings yield of the S&P 500 was about 5.2 percent in January, slightly above its average for the past two decades.