Hawks vs. Doves: How Fed Policy Affects Jobs and Prices 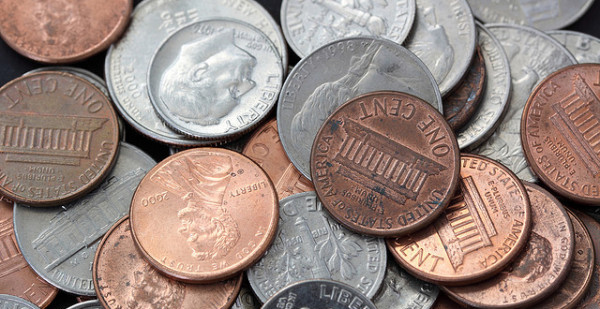 The end of the Great Moderation — a period of relatively low volatility, low inflation, and low unemployment that lasted from the mid-1980s until the late-2000s financial crisis — reinvigorated the eternal debate between monetary hawks and doves. Doves — those who, to some degree, prioritize unemployment concerns over inflation concerns — have ruled the roost at the U.S. Federal Reserve for the past several years, implementing an aggressive and unconventional monetary strategy despite the uneasiness of more hawkish board members.

As a debate, the dove-hawk divide can quickly become dense and complicated, but as a conversation it really only revolves around two pillars: unemployment and inflation. The Fed has a dual mandate stating that it must seek to achieve one (maximum employment) in the context of the other (price stability), but it is often difficult if not outright impossible to implement holistic policy.

This is particularly true at the zero bound where the target federal funds rate has been trapped since 2008, buried beneath quantitative easing. This program, through which the Fed purchases assets in the open market in order to drive down longer-term interest rates, is aimed at stimulating business activity and ultimately increasing employment. One of the costs of the program, though, is increased inflation expectations.

Traditional economic thinking suggests that at full employment, increases in the money supply (quantitative easing) will increase prices (cause inflation) without increasing output. In other words, if the economy is already working at capacity, you can’t increase output by simply adding money to the system. This idea is contained in the equation of exchange.

During recession, when unemployment is high and there is deflation — such as during the late-2000s financial crisis — expanding the monetary base can serve as an economic stimulant. Simply adding money to the system can help increase output when output is below potential. In deep economic recession or depression, putting more money in people’s pockets will lead to increased economic activity without increasing prices. As the economy heals and begins to return toward full employment, prices should begin to rise alongside output. At the point that full employment is reached, further increases in the money supply will only serve to increase prices, and not production.

Reality is rarely as clean cut as theory, but a fairly legible rendition of this story has unfolded over the past few years. In an environment where the economy has been operating below potential, the Fed has engaged in quantitative easing. As a result, unemployment has fallen and inflation, particularly over the past year, has been soft.

This is all well and good, but it’s been far from a fairy tale or textbook recovery. For example, falling 0.3 percentage points to 6.7 percent in December, unemployment appears to be returning back toward its maximum, somewhere in a range between 5.2 and 5.8 percent, as targeted by the Fed. This drop, though, was supported by dismal payroll growth of just 74,000 (economists were expecting around 200,000), and a 0.2 percentage point decline in the labor force participation rate.

This could mean several things, but one of the worst scenarios is that the U.S. has suffered a permanent downward shift in its potential output because of the financial crisis. Or, in other words, that we’ve suffered a structural decline in potential GDP. This means that existing estimates for what constitutes full employment or maximum potential output could be incorrect, which could skew policy making.

But the fact that inflation has remained soft over the past year — and the fact that we have seen disinflation, or a reduction in the rate of inflation — while the Fed is still engaging in quantitative easing suggests that the economy is still operating below potential. Doves would argue that until price pressures appear in the pipeline, there isn’t a pressing need to taper purchases. Hawks like Dallas Fed President Richard Fisher, though, would argue otherwise.

Fisher wears his economic policy on his sleeve, and he has no intention of tamping down his views when he rotates into a voting position on the Federal Open Market Committee in January. Fisher has been a long-time critic of quantitative easing and has publicly argued against its effectiveness and has raised concerns over its risks.

One of those risks is that even though inflation isn’t a major concern right now, the Fed’s balance sheet — which has grown to over $4 trillion thanks to quantitative easing — could come back to haunt the economy in the form of inflation. Or, as Fisher put it earlier in December, the reserves could serve as “tinder” for an inflationary fire as the Fed unwinds its position.

Given Janet Yellen’s recent confirmation as chair (she is perceived to be on the dovish side of the spectrum) and the Fed’s generally tepid approach to the taper, it seems unlikely that the taper will progress any more quickly than what economists current expect, which is for the program to wrap up by the end of the calendar year. What this should mean is that the economy continues to progress toward maximum employment, whatever the new rate may be, while inflation edges higher toward the Fed’s 2.0 percent longer-term target. Whether or not the Fed will be successful at maintaining this target rate remains to be seen.