Help! I’m a Man-Baby Trying to Fix My Bad Credit 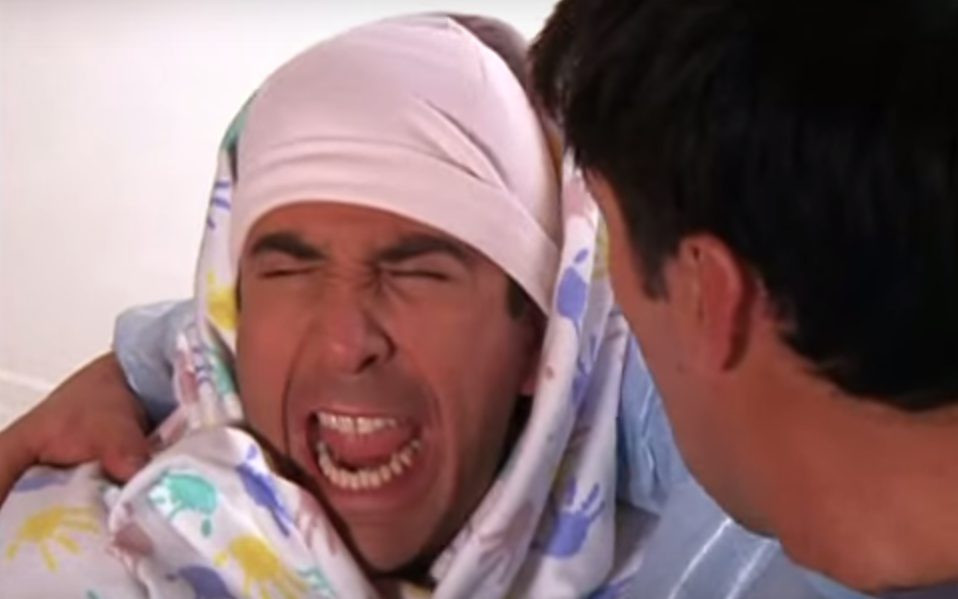 There comes a time in everyone’s life — sometimes more than once — when you have the sinking realization that you’re an adult and need to get it together. Financially speaking, that can mean getting out of debt, recovering from bad credit, or (gasp) saving a little money for when you retire.

For Nathan McGoey, a 30-year-old from Madison, Wisconsin, this moment came in his late 20s. He had just become a single dad, and for the sake of his son’s future, decided to change his irresponsible habits.

“I knew what I was doing probably wasn’t good, but I didn’t care enough,” McGoey said of his early adulthood. “I was blissfully ignorant when it came to f—— up my credit.”

About two years after he decided to get on top of his finances, McGoey checked his credit, and what he saw upset him.

“My score was, like, 560,” he wrote on Reddit last month. “I also saw I had something in collections that I had no idea about. I paid off that collection, and now my credit score is, like, 585. I want to improve this in the hope of someday getting a house. Because I have no debt, I thought I’d get a credit card and try to rebuild my credit, but surprise, surprise, I got denied for a credit card.”

McGoey has a good description for who he was in his 20s: a man-baby. Though he was an adult, he wasn’t managing his money any better than a child would have. It started with a car loan and credit card, which he got when he was 20.

“Within a month and a half, I had that maxed out at the bar having a good time with the boys,” McGoey said. “I just didn’t pay that.”

Then there were his car payments, which he rarely paid on time, even though he had money.

“There were times they would even look for me and try to repo me,” he said.

The credit card debt went into collections, and he made the car payments just often enough to keep his car and stop the calls from creditors.

When he was ignoring his bills, McGoey often thought to himself, “Who cares if I don’t get credit?” He knew he was messing it up, but it didn’t matter.

But having his son changed that.

“I knew what I was doing to myself was not only harming me but potentially harming him,” McGoey says.

He checked his credit for the first time a few years ago, and it was “atrocious,” he said. He decided to pay off the collection accounts in his report and get out of debt, though he didn’t want to check his credit again. When he checked it a couple of years later, he experienced the same disappointment and confusion many feel when trying to improve their credit. He was out of debt, but his score was still in bad shape.

Having a bad credit score despite everything he’d done left McGoey with one common question: How can I improve it?

“It’s just one of those things that’s a constant reminder of all of the bad things I’ve done in the past,” he said. To him, having a higher credit score will mean finally leaving behind his self-described man-baby past and truly growing up.

The answer to his question is a frustrating one: Give it time. McGoey paid off the collection account, but that information can stay on a credit report for up to 7 years. He also opened up a credit card, which he plans to use sparingly and pay on time in order to improve his payment history. (Yes, there are credit cards for bad credit — you just need to research ones you may qualify for.)

Besides waiting for his man-baby past to age off his credit report, there are a few other things he could do. While it’s generally not a good idea to go into debt just for the purpose of improving your credit, having a mix of credit accounts (revolving accounts and installment loans, like a credit card and an auto loan) can help, as these show you can responsibly manage multiple kinds of credit.

You could also try to negotiate with creditors or debt collectors to have negative information removed from your credit report, particularly if it’s unfairly hurting your credit. (For example, if a single debt is sold and re-sold to different collection agencies, it can show up on your credit reports several times, worsening your score.) You can take these steps on your own or hire an expert to help.

Above all, McGoey and others working toward good credit need to be patient. It takes time to improve your credit score, and the best things you can do are make payments on time and keep debt levels low. A low credit utilization is probably one of the quickest credit-score fixes. (A good rule of thumb is to keep your credit card balances at ideally less than 10% of your combined credit limit.)

Whether you’re trying to boost your credit or maintain a good score, it’s important to regularly check your annual credit reports. Errors can damage your credit (and can take a while to fix), as can fraud, and you’ll only know of them if you monitor your credit. You can get a free credit report summary every 30 days on Credit.com to stay on top of your credit history.