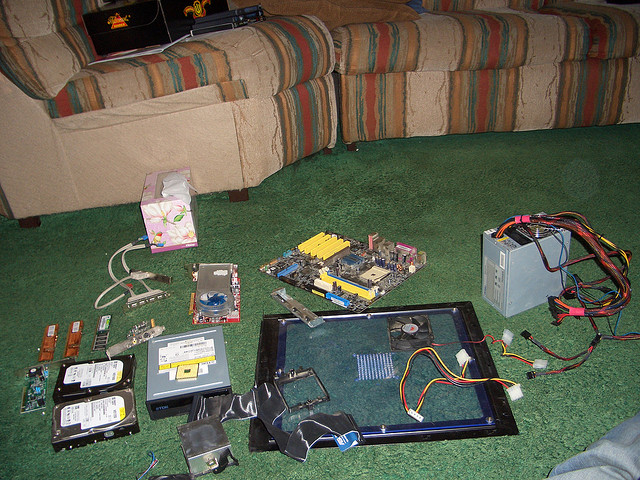 Dozens of computer engineers and technicians from Google (NASDAQ:GOOG), Red Hat, and Oracle (NYSE:ORCL) have been enlisted to help the Obama administration remedy the technical problems that not only plagued the launch of the cornerstone provision of the Affordable Care Act — the online insurance marketplaces — but also made enrollment for insurance plans difficult.

IT problems mean enrollment problems for the Obama administration, as a government memorandum has shown that, “High capacity on the website, direct enrollment not working,” resulted in only “approximately 100″ enrollments by mid-day on October 2, according to notes from twice-a-day “war room” meetings convened at the Centers for Medicare and Medicaid Services after the federal website’s glitch-plagued October 1 launch.

Included among those engineers and technicians on the team are Michael Dickerson, a site reliability engineer on leave from Google, and Greg Gershman, the innovation director for smartphone application maker Mobomo. The assembled team of expert engineers and technology managers “are strengthening and reinforcing the team we have working 24/7 to address the problems around Healthcare.gov,” read a blog posted to the CMS website on October 31. While Google and Red Hat declined to comment, Oracle Chief Executive Officer Larry Ellison told Bloomberg Wednesday that even though “it’s a very political topic,” the world’s largest database-software maker is “doing everything [it] can to help.”

“They are working through the analytics of what happens on the site to prioritize what needs to be fixed,” Julie Bataille, a spokesperson for the Centers for Medicare and Medicaid Services, or CMS, told Bloomberg reporters on a conference call. Google’s Dickerson will be working to improve the stability of the website while Gershman will help “the development process be more agile,” she added. As recently as two days ago, potential enrollees were receiving error messages. Thus far, software errors have caused hours-long wait times, prevented potential customers from creating accounts and completing the 30-step enrollment process, sent insurers the wrong information, and made it difficult for customers to get an accurate cost estimate.

The administration’s announcement mirrors comments made by Department of Health and Human Services Secretary Kathleen Sebelius in her Wednesday testimony before the House of Representative’s Energy and Commerce Committee. After making her apology for the flawed launch of healthcare.gov, the secretary listed a series of improvements HHS has made since the online insurance exchanges went live. Additional IT staffers have been brought on, the site has been updated several times with new code that included “bug fixes,” and additional capacity has been added so that the the virtual “waiting room,” which has caused so many problems, could be removed.

As early as October 20, the Obama administration was smoothing over ongoing criticisms of the glitch-riddled federal websites with promises of a “tech surge.” But until Thursday, the tech surge had not been quantified.

Previously, the administration announced Jeff Zients — a healthcare entrepreneur who has served as the acting director of the Office of Management and Budget, the agency’s chief performance officer, and its deputy director for management — had been nominated to replace Gene Sperling as director the National Economic Council beginning January 2014.

A long-time Obama adviser and expert management consultant, he will collaborate with the Department of Health and Human Services, HHS, to address the problems plaguing the Affordable Care Act-created individual insurance exchanges. “As those of you know who know Jeff, he’s an expert in the field of effective management,” said Press Secretary Jay Carney said in a briefing last month. “HHS will be tapping his experience and expertise as they address the challenges that have come up with the administration of the website.”

The management of the $267 million computer system has been rearranged. Originally there was no lead contractor for the federal website, but it was largely built by a unit of CGI Group (NYSE:GIB), while UnitedHealth’s (NYSE:UNH) Quality Software Services, or QSSI, built the “data services hub” that collects enrollee information from the Internal Revenue Service and other key government agencies, and sends it to the federal and state exchanges. Now, QSSI is overseeing the entire operation. According to Bataille, Dickerson will be joining forces with QSSI and Gershman will be working with CGI Group.

Centers for Medicare and Medicaid Services was responsible for building and operating the federal website. However, the agency’s administrator Marilyn Tavenner blamed the technical problems on the the federal contractors during her Tuesday testimony before the Ways and Means Committee, while the contractors blamed CMS during a congressional hearing last week.

In particular, executives from CCI and UnitedHealth said that the agency was responsible for conducting end-to-end testing of the site. Tests for systems of a similar scale are usually tested for months, but CMS conducted final tests just days before the launch, during which the site crashed.