Here’s a Good Play in the E-Cigarette Space 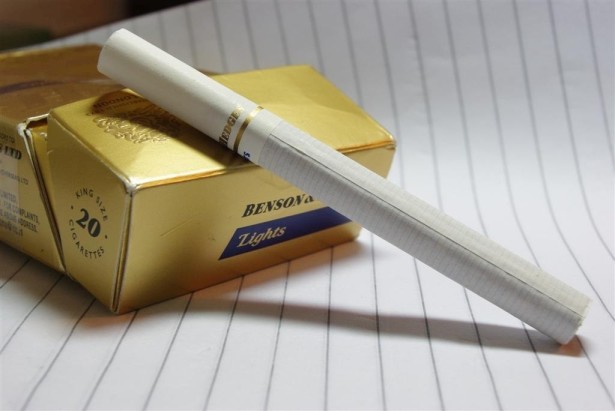 In this article, I will discuss some of the business highlights of Vapor Corp. (OTC:VPCOD), a leading supplier of electronic cigarettes or “e-cigs” with a diverse product portfolio that includes the most recognized brands by both retailers and consumers in the industry. I will briefly discuss recent quarterly performance, a promising conference presentation, and then the impact of the just announced reverse split of shares. Thus far, Vapor Corp. is the only fully reporting publicly traded e-cig company in the U.S. Vapor’s leading brands include Krave, Fifty-One, Green Puffer, Americig, and Vapor-X, among others. Vapor Corp’s products are available online, on television and at retail locations across all levels/channels of retail throughout the United States.

Vapor Corp. reported Q3 2013 results on October 21. In the quarter net sales exceeded $6.4 million, an increase of approximately $2.6 million, or approximately 66.3 percent from the comparable year ago quarter. Cost of goods sold increased 56 percent to nearly $4 million as compared to $2.5 million for the comparable year ago quarter. The mostly positive results were primarily attributable to increased sales volume, product mix, and lower average cost per unit through higher volume purchases from suppliers. Gross margins increased to 38.9 percent from 35.1 percent in the comparable 2012 quarter. Operating income was $393,282 compared to an operating loss of $1,252,086 for the same quarter in the prior year. This led to net income for the quarter of $280,827 compared to a net loss of $819,010 for the comparable 2012 quarter.

Vapor Corp. President Jeffery Holman recently presented at the annual LD Microconference on December 3. Some highlights to be made aware of are that Vapor Corp’s. Vapur is the most popular e-cig brand in Canada with a 70 percent market share. Vapor Corp. has a number white label brands sold to locals by Indian reservations using Vapor Corp. products, offering a new way to reach additional customers.

The company has achieved 10 percent market penetration with products at over 60,000 locations nationwide. However, on a global scale, there is a lot of room for growth. In fact, about 90 percent of the retail market is still available for expansion. It was also announced that products would be offered at Family Dollar (NYSE:FDO) in addition to other national chains. Krave King tobacco and menthol flavored products are now available at all 6,600 Family Dollar stores nationwide where tobacco is sold. Krave King will be the first electronic cigarette sold at Family Dollar and will sell for $5.99 per pack.

A recent capital raise has dramatically improved the company financially and its potential for growth in the future. Vapor is flush with over 9 million dollars in cash on hand to support its balance sheet and to support growth and expansion. The capital is already being deployed. The capital raise has created significant insider ownership as the holders of the Vapor’s approximately $1.7 million of outstanding senior convertible notes, some of whom are officers and directors of the company, converted in full all of these senior convertible notes into approximately 3.9 million shares of Vapor common stock.

There was a recent 1 for 5 reverse split for the company. I like this reverse split. Often they are done when a company’s stock has been decimated and the company wants to remain listed on an exchange. In this case, the stock has done very well this year and I think is a great low to moderate risk, high reward play. In fact, a higher price does tend to attract more volume and more money. To bring the product to an investment price that Vapor believes is more attractive, it conducted this reverse split. I think it will bring attention to the stock by potential investors and could garner future equity analyst coverage. Shareholders should benefit through less volatility in the share price, lower transaction costs and greater liquidity.

Vapor faces stiff competition from Blu which is made by Lorillard (NYSE:LO), and is still not in the top ten of recent Nielsen ratings for online sales. However, sales of e-cigs are projected to grow to around $1.8 billion. During the most recent period, blu boasted a 45.6 percent dollar share (up 40.1 percent from this time last year) and a 37.2 percent unit share in the c-store channel. While blu was the clear leader for unit share as well, Logic moved into second place with a 19.8 percent share; NJOY (18.8 percent) was in third, followed by CB Distributors (7.1 percent) and Nicotek (4.7 percent).

Thus Vapor has a lot of work to do. Political risks are substantial right now too. Right now there are almost no e-cig regulations and this will change for political or fiscal gain by municipalities. New York State and more specifically, New York City are likely candidates for the first to implement new regulations. New York City is already seeking to ban e-cigs. It could impede sales for all competitors.

If the e-cig market gets big enough to matter, the tobacco companies will move in and start aggressive takeovers and Vapor could be first on the list given its small market cap to date. Altria (NYSE:MO) is looking into getting further into the space given the recent positive trends in e-cig sales. If this pattern continues and the market for e-cigs grows Vapor won’t be able to compete. It is likely they would be bought out for a hefty premium and absorbed into a larger tobacco company’s existing structure.

Vapor had a great year. The stock is a buying opportunity for long-term investors looking for exposure to the growing e-cigarette market. It offers a greater risk/reward play than purchasing a larger Lorillard or Altria. Although the latter offer stability and dividends, Vapor offers a substantial opportunity for investors. Sales are higher, the deals are stronger, the macro environment is positive and the reverse split could attract institutional dollars. If the e-cig market continues its growth, larger tobacco retailers will have no choice but to start picking off smaller companies with existing product lines and lucrative deals.