This Simple Energy Breakthrough Could Change Everything

Scientists have been mimicking nature for years, but few discoveries are this successful, or important. In an effort to develop clean, renewable energy sources, a team from the Australian National University has successfully duplicated one of the more crucial steps in photosynthesis, the process in which plants actively turn sunlight into energy.

Why’s it a big deal? Because it could ultimately open the door to harnessing the process for energy cultivation.

If scientists are able to successfully take the photosynthesis process — which turns sunlight into chemical energy — and apply it to industrial biological systems, sunlight could be used to manufacture hydrogen, which could then be used as fuel. Hydrogen is already used as a fuel in many instances, and if applied on a large scale, it could serve as a replacement for petroleum — all the while contributing no new carbon to the atmosphere. Not only are the two main components required for photosynthesis available in wide abundance, but they are also cheap.

“Water is abundant and so is sunlight. It is an exciting prospect to use them to create hydrogen, and do it cheaply and safely,” Dr. Kastoori Hingorani, from the ARC Centre of Excellence for Translational Photosynthesis in the ANU Research School of Biology told Science Daily. Not only are the ingredients abundant, but the process itself is sustainable for the long-term. Since there is no shortage of water or sunlight, if the photosynthesis process is completely harnessed, it could provide energy indefinitely.

“That carbon-free cycle is essentially indefinitely sustainable. Sunlight is extraordinarily abundant, water is everywhere — the raw materials we need to make the fuel. And at the end of the usage cycle, it goes back to water,” said co-researcher professor Ron Pace.  “It’s the beginning of a whole suite of possibilities, such as creating a highly efficient fuel, or to trapping atmospheric carbon.” 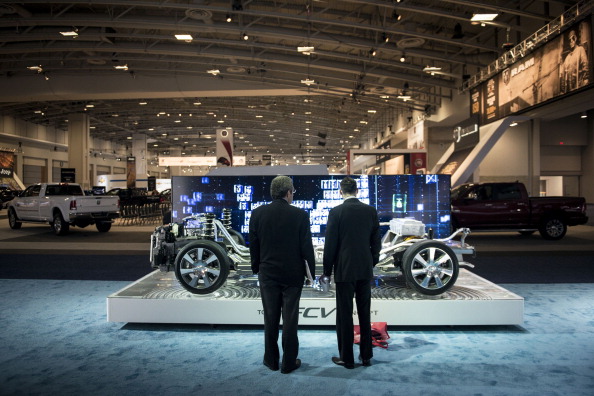 The photosynthesis process — though often taught to schoolchildren, and simple enough on paper — is actually fairly complicated in practice, and often misunderstood. At the most basic level, the process simply converts light from the sun into usable energy in the form of chemicals. This is the basic way that plants produce energy, and release oxygen as a byproduct of the reactions happening within their structures. There are different types of photosynthesis that have been observed in varying types of life, including algae and even bacteria.

Essentially, duplicating the act of splitting water into its more base elements is what scientists are trying to mimic. Australian researchers did it by creating a protein that creates an ‘electrical heartbeat’ when exposed to light. Development of the protein does not require expensive components or even batteries, meaning the technology could be used in developing areas and impoverished countries to produce fuel.

Hydrogen has been one of the few energy sources touted as the next big thing and is used in a variety of different ways. It is commonly used in rockets and spaceflight, and is starting to gain popularity in consumer vehicles that use hydrogen fuel cells instead of petroleum or all-battery power. For example, Toyota just announced its new fuel-cell vehicle, the Mirai, which will use hydrogen as its primary fuel source.

As consumers have become more and more aware of the effects that petroleum products can have on the environment, clean-burning alternative sources have grown in popularity. With the impending effects of climate change also concerning many people, switching to zero-carbon alternatives is quickly becoming a priority.

For years, scientists have been putting in an effort to successfully replicate photosynthesis, and this latest breakthrough signifies the overcoming of a major hurdle. If researchers are able to make the process as easy and cheap as they hope, it could mean seismic shifts in the energy business. After all, the major problem that has led to the mass adoption of hydrogen-powered technologies has been the fact that producing hydrogen is not only difficult, but expensive.

There have been efforts by private companies recently that have shown promise, such as the case of HyperSolar, which had come close to developing technology to successfully split water into its base elements. Although they didn’t quite get there, the research from Australia is simply the next step in developing the technology. As ExtremeTech explains, the major interest in hydrogen stems from its versatility; unlike solar power, it presents an energy source that can be successfully stored and transported, all while providing no negative impact environmentally while it is produced.

Currently, the only methods of producing usable quantities of hydrogen have some serious setbacks. It can be produced from fossil fuels inexpensively, although the process of doing so has environmental drawbacks. The other method involves the electrolysis of water, which splits water molecules into its base elements. The problem with this process is that it requires a lot of energy — so much so that there is actually a net loss at the end.

It’s easy to see why the prospect of a photosynthesis-inspired hydrogen production process is so exciting. The system would be cheap, easy, and ultimately very lucrative. Not only that, but the environmental advantages would be immense, especially considering the challenges that await in the coming years due to climate change. Even in areas affected by wars and natural disasters, energy production systems that run off of simple resources like water and sunlight could be deployed, and successfully run by almost anyone.

While there is still some work to be done, there are plenty of reasons to get excited by this latest breakthrough in biomimicry. If the technology can be successfully developed and methods for distributing it are in place, hydrogen may finally be able to solve the world’s energy issues in a cheap and easy way.