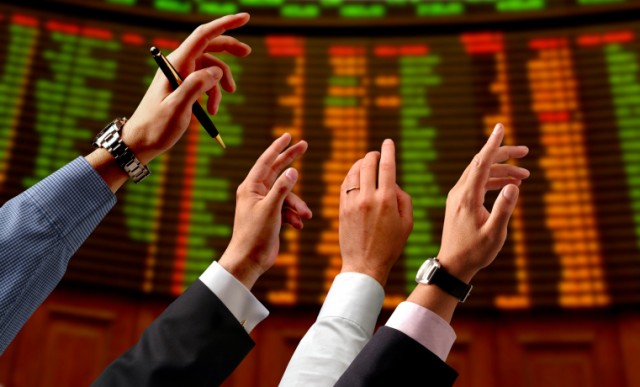 Berkshire Hathaway (NYSE:BRK.B) is the primary investment vehicle of the legendary Warren Buffett. The Oracle of Omaha will go down in history alongside Bill Gates, Sam Walton, Steve Jobs, and John D. Rockefeller as one of the greatest businessmen to have ever lived. Buffett, of course, has built his dominant empire largely through the long-term mastery of sophisticated insurance products and financial markets. As such, smaller investors may consider buying into shares of Berkshire Hathaway Class B for automatic diversification.

A diversified portfolio is structured to minimize downside risks while also allowing for growth potential. Investors will compare diversified portfolio returns against the broader market to gauge the efficacy of their respective strategies. Berkshire Hathaway performance may be compared against both the Dow Jones Industrial Average and S&P 500. The Oracle of Omaha, of course, has been celebrated for dramatically outpacing major stock market indexes throughout his tenure at the helm of Berkshire. Buffett may be described as a value investor who prioritizes return on equity.

Industrial, tech, and banking stocks may be described as cyclical, in which investment returns track the boom and bust patterns of the aggregate economy. Berkshire stock performance, however, has often exhibited contrary tendencies when juxtaposed against the broader market. Berkshire Hathaway and Buffett may serve as rough barometers for volatility or extreme levels of fear and speculation that sometimes permeate financial markets. Buffett has famously declared that intelligent investors “be fearful when others are greedy and greedy when others are fearful.”

Be further advised that Buffett and his old-line investment maxims are often dismissed amid bull markets. Berkshire Hathaway shares may underperform the broader market amid times of irrational exuberance. On February 26, MarketWatch contributor Nicholas A. Vardy incredulously asked, “Has Warren Buffett Lost It?” For Berkshire, the Web 2.0 revolution has been eerily similar to the original dot-com boom and bust.

In 1999, Berkshire Class B shares slogged through 22.1 percent declines from $47 to $36.60. That year, the S&P 500 Index racked up 16.3 percent gains amid the technology boom. Again, over the next 15 years, Berkshire was to promptly recover and significantly outperform the broader market. Despite concerns of “losing it,” Buffett has also remained well in front of the S&P 500 during this most recent 36-month block of time. 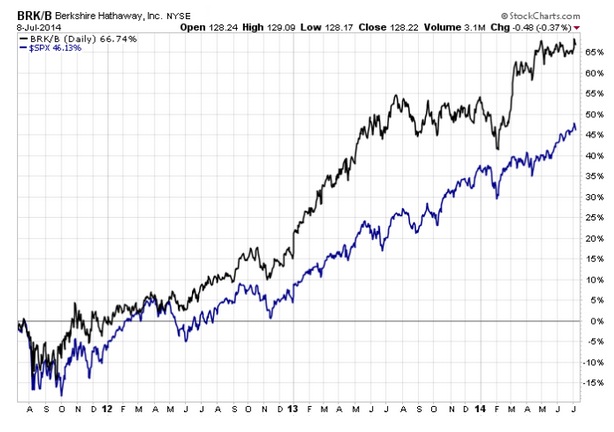 One share of Berkshire Hathaway stock does offer automatic diversification to American business. Again, smaller investors may consider putting money to work within Berkshire Class B shares, rather than simply buying and holding Index mutual funds.