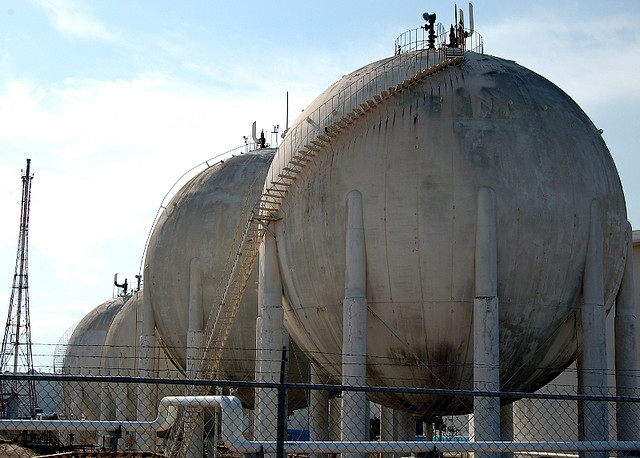 The hangover from the 2010 oil spill in the Gulf of Mexico is not the only case lingering on BP’s (NYSE:BP) legal docket. In the approximately 48,000 toxic exposure claims that have been filed, nearby residents of the company’s Texas City refinery have alleged that BP intentionally exposed them to cancer-causing gases for a period of five weeks during 2010, with no notice given. Together, they are seeking billions of dollars in punitive damages.

Tony Buzbee, the residents’ lead attorney, told Bloomberg at the beginning of September that BP knowingly released approximately 500,000 pounds of toxic chemicals — including benzene — from an improperly functioning refinery unit at the company’s Texas City refinery plant. Typically, flare stacks are used to burn off such gases, but in this case, the flare was incapable of destroying the toxins, a fact BP knew, according to Buzbee’s allegations.

But BP would have lost more than $20 million if it had closed the refinery unit while making repairs, he argued. “BP decided there was just too much money to be made at the time, so they decided to flare the emissions and take the consequences,” Buzbee said to Bloomberg. Before the trial began, he told the publication that he planed to ask jurors to send BP a message that “the wanton poisoning of an entire community is not an acceptable business practice.”

Following a monthlong trial, the jury deliberated for two days and three hours before determining that the three individuals, the first plaintiffs to go to trial, had not been injured by the leaking gases. However, the jury in Galveston, Texas, did find BP negligent. As juror Robert Pierce told Bloomberg, all 12 jurors found BP negligent “because they knew what was going to happen, and they went ahead and did it anyway.” But because of the lack of injury, BP was not found to be grossly negligent, a ruling that would have triggered punitive damages.

With so many other claims, the verdict serves as a test case for trials to come.

The company’s lawyers argued that the flare stack had destroyed virtually all the toxic chemicals released by the malfunctioning refinery unit. During the trial, BP lawyer Damond Mace contended that the concentration of noxious chemicals detected by air-quality monitors in the surrounding neighborhood and at the refinery were “far, far, far below” dangerous levels.

“The critical question is what, if anything, made it down to ground level where these people were,” Mace said during closing arguments on Monday, Bloomberg reports. “But even if we look at what came out of the top of the stack,” the amounts of chemicals released by the refinery “did not exceed their permit,” he said, according to Bloomberg. The other point that BP’s lawyers argued was the relatively minor injuries the plaintiffs suffered.

“Today’s verdict affirms BP’s view that no one suffered any injury as a result of the flaring of the BP Ultracracker flare during April and May 2010,” BP spokesman Geoff Morrell told Bloomberg in an email. “Armed with the knowledge gleaned from this case and this important jury verdict, the company will immediately begin to prepare for any additional proceedings involving other plaintiffs.”

However, Buzbee expressed shock at the verdict. “But I respect juries,” he said in an interview with the publication. “This was only the first one. We learned some things. We will gear up and try another one in a couple of months.”

The period in which toxic emissions leaked from the Texas City refinery occurred in April 2010, just the Gulf of Mexico oil spill was beginning. Since the Deepwater Horizon drilling rig exploded off the Louisiana coast — a disaster that killed 11 men and spewed millions of barrels of crude oil into the ocean — BP has spent more than $25 billion on cleaning up the marshes, fisheries, and beaches along the coast and compensating victims.

That spending is just the tip of the company’s spill-bill iceberg: $42.4 billion has been spent or earmarked for spending on cleanup, compensation, fines, and other costs. BP has even sold assets that generated $5 billion of cash flow per year to pay those expenses. Furthermore, the company is also facing thousands more spill-related injury and damage claims and an ongoing civil trial in a New Orleans District court.

These 48,000 toxic emission claims are not the first trouble BP’s Texas City refinery has caused. In 2005, an explosion at the plant killed 15 workers and injured hundreds, prompting 3,000 people to sue the company. The company paid $2.1 billion in a settlement.

In 2007, more than 100 residents separately sued BP over an hourlong leak of an unidentified gas that caused health problems. A jury in Galveston awarded more than $100 million for the first 10 claims, but the verdicts were later overturned on appeal. Still, Buzbee argued that the 2010 incident was far different from the 2007 gas leak.

“This was a 40-day event that’s documented — even BP admits it happened — involving known carcinogens,” he told Bloomberg. Plus, the company both underreported the volume of the toxic gases released and was slow to inform the community and regulators about the emission, he said.