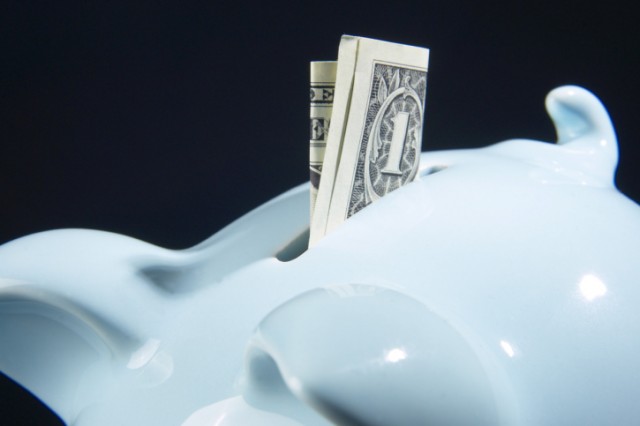 Paying fees to an institution for simply holding your cash and providing accessibility seems counterintuitive in the land of competition. Yet that’s exactly what happens when Americans don’t shop around for bank accounts. Despite the availability of free checking, the nation’s financial system continues to siphon a record amount of fees from customers.

Being nickeled and dimed on your checking account adds up to more than just chump change. During the latter half of 2014, the average monthly maintenance fee increased $0.18 to a new record high of $12.87, according to a new analysis from MoneyRates.com, which looks at the nation’s 50 largest retail banks by deposits, plus an equal number of smaller financial institutions. In fact, the average checking account costs $154.44 per year to maintain before accounting for any usage fees users might incur.

Free checking accounts are still available at some financial institutions, but they are becoming scarce. The percentage of checking accounts with no monthly maintenance fees fell to 26% in 2014, the lowest percentage measured by the survey since it began in 2009. Adding insult to injury, the average minimum balance required to qualify for a waiver of the monthly maintenance fee jumped $268.76 over the past six months to $5,708.76, a staggering amount for the millions of Americans living paycheck to paycheck.

While changing banks can be an inconvenience, signs are emerging that consumers are willing to walk away from annoying fees and traditional banking. JPMorgan Chase recently revealed plans to close about 300 bank branches over the next two years as Americans shift toward cheaper, online alternatives.