Here’s What Chicago Has to Say About the Economy 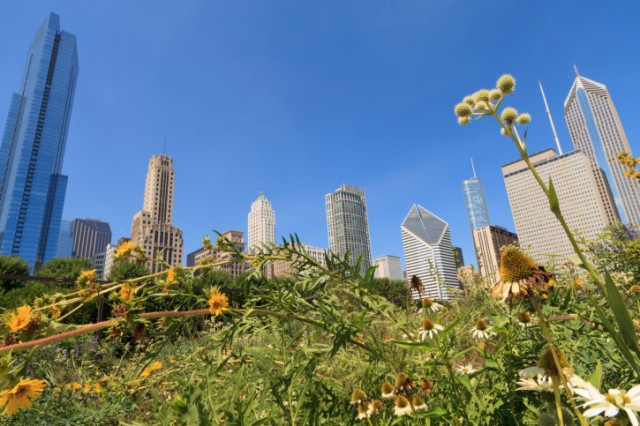 In its first estimate, the Bureau of Economic Analysis calculated that the economy grew 0.1 percent in the first quarter this year, but the numbers got worse with each consecutive revision. First-quarter gross domestic product growth revised to minus 2.9 percent in the latest and final round of estimates, the sharpest decline in growth in any quarter post-2007 financial crisis. But now the economy appears set to bounce back in the second quarter with several economic indicators showing positive growth numbers in May and June.

The latest indicator to show growth is the Chicago Business Barometer, an indicator of economic activity based on a survey of purchasing and supply chain professionals. The barometer shows that the average reading of business activity in the second quarter is up at 63.7 against 58.4 in the first quarter, the highest average in three years. Though the Chicago Business Barometer pulled back to 62.6 in June from a seven-month high of 65.5 in May, the good news is that it is ranging above the 60 mark for the third straight month. Any reading above 50 represents an expansion in activity.

An increase in the production and a continued rise in new orders helped push the barometer above 60, which indicates a healthy pick-up in domestic demand. Though the rise in new orders shrunk a bit in June, down from a seven-month high in May, it continues to be above 50, according to the note released by MNI Indicators. In June, the order of backlogs was off its three-year high in May, data showed. This could be due to more efficient capacity utilization by firms, as business activity normalized after a harsh six winter months hit by the Polar Vortex, making it one of the coldest winters in the last two decades in U.S.

Other economic data support the findings of this survey, as well. For example, according to data released June 23, the Chicago Fed National Activity Index (CFNAI) increased to plus 0.21 in May from minus 0.15 in April, indicating that economic activity is picking up after a long and unproductive winter. The manufacturing sector has also been key to propelling business activity in this quarter. Manufacturing output is up for the third straight month, and the index is at its highest level in four years at 61 in June, up from 59.6 in May.

Another indicator of positive domestic demand has been the consumer prices that are up for the third straight month. Personal consumption expenditures (PCE) grew 0.2 percent, or $18.3 billion, in May against a similar percentage increase in April, data released by Bureau of Economic Affairs on Thursday showed. On a year-over-year basis, headline PCE inflation came at 1.8 percent in May versus 1.6 percent last year, inching closer to the Federal Reserve’s target of 2 percent.

Commenting in the Chicago Business report, MNI Indicators chief economist Philip Uglow said: “The downward revision to GDP in the first quarter was far larger than expected, and while the data now look a little historic, and the Chicago Report points to a bounceback in Q2, it does mean growth will be slower over the first half of the year than first thought. The Q3 data cycle, not least our own Barometer, will be critical in terms of determining the timing of the first hike in rates.”

The Federal Reserve has kept the key federal funds rate — the rate at which banks borrow overnight — unchanged at the zero bound since 2008 and has had an easy money policy so that funds are cheaply available to encourage investment and business activity. The impact is now starting to show on prices of goods and services as economic activity starts rolling. It may still be about a year or more before the Federal Reserve makes a policy U-turn and starts increasing the federal funds rate to tighten the supply of money.