Here’s Who the President Picked to Fix the Obamacare Website 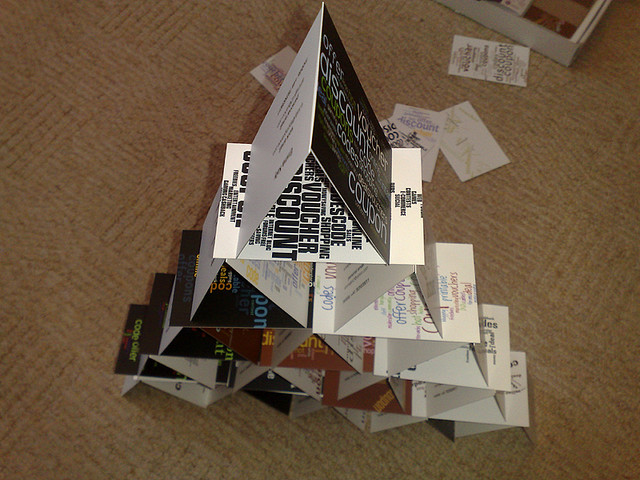 “We have a report out now that Jeff Zients is being tapped by the president — has been tapped by the president — to help repair the health care website. I’m wondering if you can talk a little bit about the president’s decision to do that,” a reporter asked White House Press Secretary Jay Carney at Tuesday’s daily briefing. “Is this now to put a central person or face behind this effort so that people know who is in charge? And does this in any way sideline [Department of Health and Human Services] Secretary [Kathleen] Sebelius?  And why did the president decide to tap Jeff Zients?”

Carney did confirm that Zients — a health-care entrepreneur who has served as the acting director of the Office of Management and Budget — had been nominated to replace Gene Sperling as director the National Economic Council beginning in January.

A longtime Obama adviser and management consultant, Sperling was called on by the administration to collaborate with the Department of Health and Human Services to address the problems plaguing the Affordable Care Act-created individual insurance exchanges. “As those of you know who know Jeff, he’s an expert in the field of effective management,” said Carney. “And HHS will be tapping his experience and expertise as they address the challenges that have come up with the administration of the website.”

The problems experienced by the federal Web portal, Healthcare.gov, that links consumers to the 36 federally facilitated exchanges are well documented. The Obama administration has indicated that the software errors — which caused hours-long wait times, prevented potential customers from creating accounts and completing the 30-step enrollment process, and sent insurers the wrong information — were compounded by high traffic levels.

The glitches have been a particular rallying point for those that oppose the Affordable Care Act and even President Barack Obama himself, who, speaking from the White House’s Rose Garden on Monday, said, “There’s no sugarcoating it: The website has been too slow.” He also argued that “nobody is madder” than he “about the fact that the website isn’t working as well as it should, which means its going to get fixed.”

Obama maintained that purchasing insurance via the online marketplaces is still easier than buying a policy on the private market –there are no longer pages and pages of medical history to fill out and, thanks to the online marketplaces, customers need only visit one website to compare policies, rather contact numerous insurers to determine the plan with the best value. But even so, the president admitted he wanted “the cash registers to work” and “the checkout lines to be smooth.” There are “no excuse for the problems,” he added.

In his speech, Obama noted that the administration was bringing in consultants to assist HHS officials fix the website. The extra help will include “experts from America’s top private-sector tech companies,” he said, which includes Zients. The repair efforts come as the House of Representatives intensifies its investigation into the botched rollout of the online insurance marketplaces. In particular, at hearing scheduled for Thursday, the House Energy and Commerce Committee will hear the testimony of two Healthcare.gov contractors, CGI Group and QSSI, to determine whether they “didn’t know [about the potential problems] or didn’t disclose” them.

In the memorandum prepared for the hearing, the numerous warning signs that the website would suffer technical problems were detailed. “Prior to the open enrollment start date, many questions were raised related to the readiness, testing, and functionality of the exchanges. Missed deadlines, delays, and untimely guidance raised questions regarding consumer assistance and experience, eligibility accuracy, integration with existing State programs, and interagency coordination,” the document said.

The alert was first raised in June by a Government Accountability Office report, which found that core functions of the federally facilitated exchanges had yet to be completed, leaving much “to be accomplished within a relatively short amount of time.” Nevertheless, in July, Sebelius said that HHS was “on track to flip the switch on October 1 and say to people, ‘Come on and sign up.’” Similarly, on August 1, Centers for Medicare and Medicaid Services Administrator Marilyn Tavenner said in a written testimony that “when consumers visit the Marketplace through Healthcare.gov beginning on October 1, 2013, they will experience a new way to shop for health coverage.”

However, according to Clay Johnson, a former White House presidential innovation fellow from 2012 to 2013, there is evidence that government officials rushed implementation. Not only did the administration fail to complete exhaustive testing, allowing the exchanges to go live without ever attempting to replicate user experience, but as he told Bloomberg, as recently as last week, the marketplace’s computer code contained placeholder language that programmers typically use in preliminary drafts.

Obama signed the Affordable Care Act into law more than three years ago, in March 2010, and it may seem surprising that the viability of the exchanges was stymied by a time crunch — but there may be an explanation. Officials from CGI Group, a primary contractor for Healthcare.gov, told the staff of the House Oversight and Government Reform Committee that the Web portal’s design was adjusted just one month before the October 1 debut. The change prevented potential enrollees from comparing prices without registering for an account, according to a letter Republican lawmakers sent to CGI officials.

“We are concerned that the administration required contractors to change course late in the implementation process to conceal Obamacare’s effect on increasing health insurance premiums,” the letter said; it was written by Darrell Issa (R-Calif.), who heads the committee, and four subcommittee chairs.

Comparatively, Carney said Monday that the system was tested, and “based on the expectations we had, you know, we were confident that it was going to work more effectively than it’s been working.” While Sebelius admitted in a Tuesday interview with Sanjay Gupta on CNN that officials had seen red flags, she said that no one had informed the president.

When asked why the technical problems had not been given more attention ahead of the launch, even though the website crashed during a test, the health secretary said, “waiting was not an option,” and that she had been optimistic that the rollout would be smooth. She brushed off Gupta’s question about the last-minute change to the application process and instead reiterated Obama’s insistence that the “product is good,” even though the checkout process has been rocky.

Now, officials “want to make sure that we get all the questions on the table, that we get all the answers and accelerate the fix as quickly as possible,” Sebelius said to Gupta. Like many other government officials, she attributed some of the problems to the “extremely high” volume of unique visitors. Obama said Monday that almost 20 million people have visited Healthcare.gov, but the administration will not disclose how many people have enrolled in health plans through the exchanges until mid-November.

Sebelius will testify before the Energy and Commerce Committee on October 30.