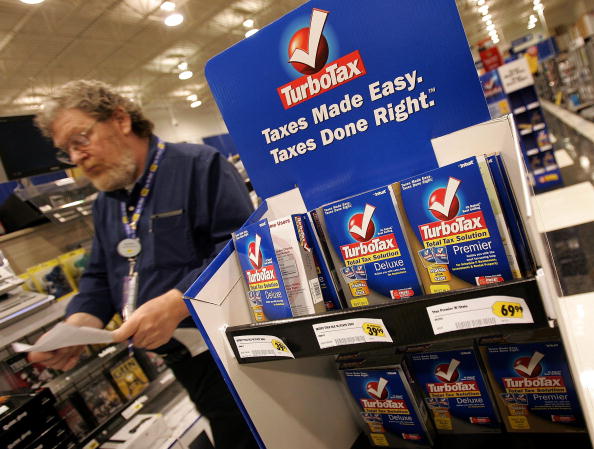 If Americans love anything, it’s services that are free, fast, and painless. So, why is the annual ritual of filing a tax return so tedious and difficult?

No, bureaucrats and IRS employees don’t love watching ordinary folks sweat under the pressure of making a mistake. But they do like money. And as we know, if you want to get to the bottom of something, you simply follow the money.

Filing a tax return, for the majority of Americans, is actually a net-positive experience. That means that the average American citizen ends up seeing money coming back to them from the IRS — the average refund last year was more than $3,500. So, logic would say that getting your taxes done and sent off the IRS would be something that most people actually look forward to, and have plenty of incentive to knock off of the to-do list, right?

That’s what would be expected, but it’s not the case. Instead of being an easy, and dare say pleasurable experience, tax season can be downright diabolical. But why? Because someone is making a lot of money off of the existing system, and has an incentive to invest resources into ensuring that it doesn’t change.

The most egregious offender? The makers of tax-filing software, the king of which is TurboTax. TurboTax is made by Intuit — the same company that makes Quickbooks and other business software — a firm that was found to be behind a fake grassroots campaigns against free-file programs provided by government by a ProPublica investigation last year.

That government program would institute a return-free filing system, in which taxpayers would be provided with a return with the relevant income information already filled-in for each individual (information the IRS already has, as it is provided by employers to the government) so as it would only require a signature. For most people, that would mean a fast and free alternative to purchasing tax software, or hiring someone for assistance.

But Intuit isn’t alone in fighting hard against the implementation of simpler systems. It’s joined by others, including H&R Block and Jackson Hewitt, each sending millions to lobbyists to fight on their behalf, according to The Sunlight Foundation. Of course, just because the there could be a free-file system put into place, that doesn’t necessarily mean that these companies would go extinct. Plenty of people have problems trusting the government, and putting it in charge of figuring out what they are due on their tax refund.

While there are justifiable reasons that people would prefer to use private companies, rather than the government, to prepare and file their taxes, from a strictly financial standpoint, the taxpayers could be spared a lot of expense with a free-file system.

One huge reason why is because of the prevalence of fraud taking place on platforms like TurboTax. Vox recently covered this very issue, and found that Intuit’s lax security measures make it a prime platform for individuals to file fraudulent returns. Though the IRS blocked most of them, it still ended up costing taxpayers $5.8 billion in 2013 alone.

So, even in the face of bad press, why isn’t Intuit stepping up security measures? Well, because none of their rivals are, of course. So why should it burden itself with additional costs when others don’t have to?

By removing the middle man and instead directly filing returns with the government, there are clearly billions to be saved. That’s not to say that a government return-free system is the perfect solution, as there is still plenty of room for the private sector in the tax filing business. Even government officials are aware of the public’s skepticism in regards to their ability to transparently and efficiently pull-off the adoption of a new system.

“It’s voluntary,” said Obama’s former chief economist, Austan Goolsbee, according to an article from TechCrunch. Goolsbee himself wrote a huge report detailing how taxpayers could be spared huge expenses by switching systems. “If you don’t trust the government, you don’t have to do it.”

With that in mind, there is a solution in the mix to make tax season less painful. The issue? Entrenched interests are fighting back.