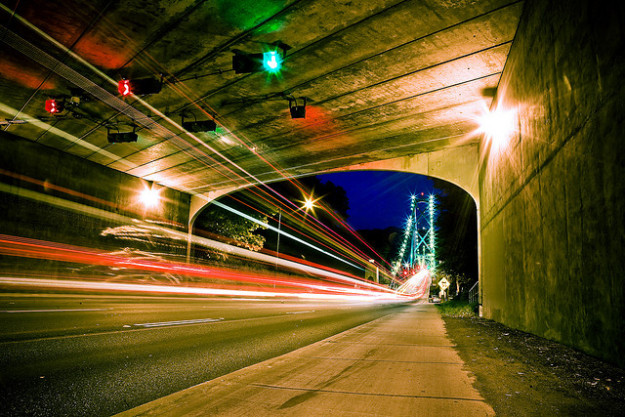 Just four years have passed since the American automotive industry was wracked by two government-backed bankruptcies and Ford Motor Co.’s (NYSE:F) self-financed restructuring. But car sales have soared so far this year. Both Ford, the United States’ oldest automaker, and Tesla Motors Inc. (NASDAQ:TSLA), the country’s youngest automobile company, hit 100-week highs on Tuesday, providing the industry with yet another sign that the U.S. auto industry is on a rampage.

One-hundred-and-ten-year-old Ford closed at $16.84 Tuesday, a height reached with the aid of the growing U.S. auto market, which is on pace to record its best year since 2007. For its part, 10-year-old Tesla, which manufacturers $70,000 all-electric cars, posted its first profit last quarter and is set to join the Nasdaq-100 Index just three years after its stock market debut. General Motors Co. (NYSE:GM), which emerged from bankruptcy four years ago Wednesday, even rejoined the Standard & Poor’s 500 Index last month.

Economists may be worried about the resilience of the American consumer, but even though they may be keeping purchases to their immediate needs, consumers’ strong appetite for new vehicles continued in June. Americans are now buying cars and trucks at a pace not seen since before the recession. Consequently, investors are once again betting on the resurgent U.S. automotive industry.

Encouragement for investors has not been lacking; the seven-member S&P Automobiles & Components Index, which includes GM, Ford, and parts-makers, performed best among the 24 industries in the S&P 500 during the past three months, rising 21 percent.

“As autos become bigger and bigger pieces of the indices, it commands greater and greater attention from investors focused on the auto industry and those that are not,” Guggenheim Securities analyst Matt Stover told Bloomberg in an interview. “The folks who were sort of indifferent to the sector saw it moving, and now they’re diving in.”

In June, sales of light vehicles jumped 9.2 percent to 1.4 million in the United States. This figure soared above the 1.38 million expected by analysts. In fact, the industry sales rate rose to approximately 16 million, just above the projected 15.6 million. June’s figure also represented the best monthly pace since the 16.1 million recorded in November 2007, the month before the U.S. recession officially began. Last June, the monthly pace came in at 14.4 million, according to researcher Autodata.

Demand for new vehicles has been driven by historically low interest rates, pent-up need, and the new competitiveness of compact and family cars, which has convinced consumers of the quality of American-manufactured automobiles. That last driver has boosted sales of both pickup trucks made by all the Big Three automakers, more than doubled sales of Ford’s Fiesta compact in June, pushed deliveries of GM’s Cruze up by 73 percent, and handed Fiat-owned (FIATY.PK) Chrysler’s Dodge Dart its best June.

Now, American automakers are competitive across all segments, noted Citigroup analyst Itay Michaeli to Bloomberg, “so you have that underlying level of comfort that, if there is a shift to small cars or small crossovers, the American car companies will be players there.”

Tesla closed at a record $123.45 on Tuesday, even though the company has indicated that its second quarter, which ended on June 30, may not have been as strong as the previous three-month period. But the company is still riding the wave jump-started by its first-ever profit, reported in May, and its goal to deliver 21,000 of its Model S sedans this year. Even more important for the company is its admission to the Silicon Valley-heavy Nasdaq 100, which validates Tesla’s insistence that its business is as much about technology as it is about transportation.

However, some analysts warn that the run-up in investor demand, which has shares trading at a price that is more than 8,900 times the company’s estimated 12-month earnings, has made it overvalued.

Tesla’s “current share price assumes the company can achieve unit sales equal to multiple times our current volume estimates” and reach a 12.5 percent margin on earnings before interest and taxes, Bank of America Merrill Lynch Global Research analyst John Lovallo told Bloomberg. That target requires the electric vehicle manufacturer to deliver more than 321,000 electric cars annually by 2020 and do so more profitably than any other luxury car manufacturer, according to Lovallo. “While nothing is impossible, particularly with Elon Musk at the helm, we believe these assumptions warrant a healthy degree of skepticism,” Lovallo added.

Don’t Miss: What Do Americans Think About the Housing Recovery?