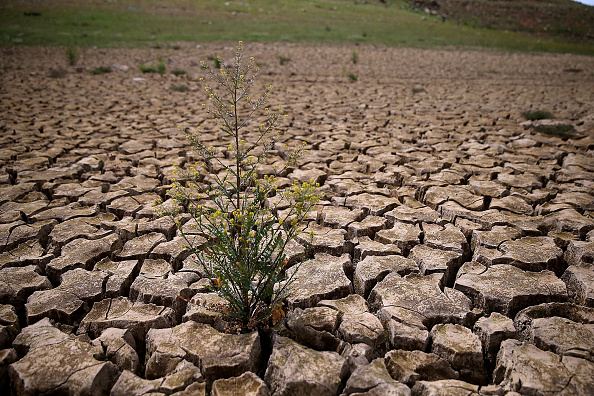 Ever heard the aphorism “don’t bite the hand that feeds you”? The adage seems particularly poignant when applied to the California water crisis which has been blamed, repeatedly, on California’s farmers.

The argument behind these allegations usually relies heavily on one statistic, pointing out that agriculture accounts for 80% of California’s water usage. While it’s true that agriculture does require a lot of water, the statistic is also misleading because it refers only to human water use. Environmental use accounts for the majority of the state’s water supply (that is, water contained in “wild or scenic” rivers and streams) and municipal water use accounts for a hefty percentage as well, about 20%.

Further, as Vauhini Vara writes for the New Yorker, municipal water use is the “low-hanging fruit.” A New York Times map of California’s water use by region finds that some of the largest per capita consumers of water exist in the communities of Palm Springs and Coachella, largely populated by wealthy retirees with massive, manicured lawns and vast golf courses. Similarly, the large properties in the gated communities of San Diego consume an unreasonable amount of water compared with poorer neighborhoods in that area, or the communities farther north, such as in San Francisco.

Public ire directed toward farmers in the wake of the drought increased when California governor Jerry Brown announced new water restrictions which ordered the state to cut its water usage by 25% of its 2013 levels by February of 2016, but spared the knife when it came to some of the state’s largest agricultural producers.

It would be foolish to argue that agriculture doesn’t play an important role in the overconsumption of water in California (farmers are permitted to draw as much water as they like from groundwater sources, for instance, which has vastly depleted those resources), but it’s also worth noting that California produces half of all the produce Americans eat. Further, California agriculture accounts for 2% of the state’s enormous GDP, (California’s $2 trillion economy is currently the 8th largest in the world, and the largest of any state), accounting for about $43 billion.

California not only produces much of the fruits and vegetables eaten across the nation, it also remains the nearly exclusive producer of several different crops; currently the state’s farmers produce 99% of the nation’s artichokes, 99% of the nation’s walnuts, 90% of broccoli, and the vast majority of a host of other fruits, nuts, and vegetables. In other words, losing California’s farms (or failing to shield them somewhat from the effects of the drought) would mean a drastic alteration in the way we eat, including an increased reliance on foreign-produced foods.

Of course, the drought’s been blamed on many different causes besides farmers, too. Indeed, with a situation so massive and so unending it’s understandable that Californians are looking for somewhere to point the finger. Blame for the drought has been thrown onto farmers, climate change, and, perhaps most amusingly, even Democrats in what seems to be an ongoing game of hot potato.

The drought is too complicated an issue for placing blame on any one entity, a fact which feels terribly unsatisfying. But, as Vara notes, studies have pointed to farmers, wealthy lawn-owners and certain environmentalists who take their pet projects too seriously as all being viable contributors to the problem. And while almond producers, specifically, have gotten a lot of heat for the amount of water they use (albeit a fraction of what it takes to produce a pound of California beef), pointing the blame at any single crop or any single demographic is oversimplifying the problem. Pointing fingers merely diminishes the weight and magnitude of the problem, which is massive, and which, as Grist’s Nathanael Johnson notes, will require thinking holistically if positive change is to happen.

Agriculture, much like the other contributors to the continuation of the drought, needs to be more heavily regulated during such a fragile period. “If you’re flood irrigating a crop that could be grown with drip irrigation, I’d argue that you’re not using water reasonably or responsibly,” said Peter Gleick, president of Pacific Institute and climate expert, in an interview with the Los Angeles Times. Groundwater restrictions, as well, should be re-assessed in efforts to keep those resources from being completely exhausted.

Further, while consumers across the state are quick to paint blame on institutions (such as “farming”) in vague, broad strokes, it’s also important that as the “low-hanging fruit” in the midst of a crisis, similar restraints should be put on suburban and urban dwellers, too. “We need to look at lawns the way we look at smoking in restaurants,” Gleick said, noting that California will need to adapt to utilizing plants that are better adapted for the region when planning and tending to their yard space.

What seems clear is that the solution to this ongoing crisis, whatever form is comes in, will come as the result of sacrifices on all fronts, including farmers. But to place the blame entirely on the state’s agricultural producers is akin to biting the hand that feeds the nation. Let’s not.