Here’s Why DSW Stock Is Tumbling 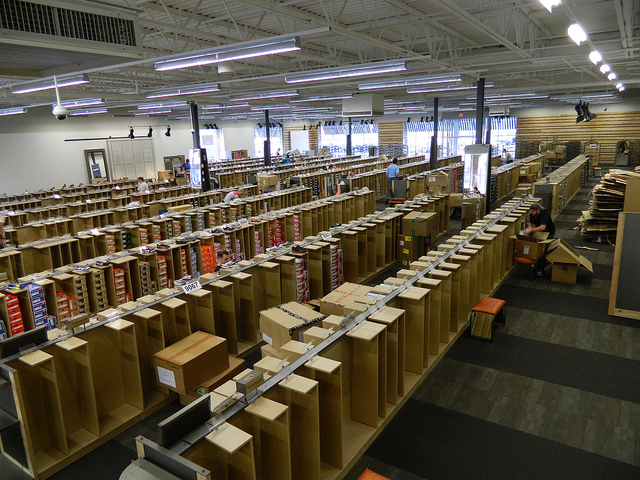 DSW Inc. (NYSE:DSW) operates as a branded footwear and accessories retailer in the United States. The company operates in two segments, DSW and the Affiliated Business Group. It offers a range of brand name dresses, casual and athletic footwear, and accessories for women and men through its DSW stores and dsw.com. The company also provides kids shoes on dsw.com as well as handbags, hosiery, jewelry, and other accessories. As of April 17, 2014, it operated 408 stores in forty-two states, the District of Columbia, and Puerto Rico. But today the stock is getting hammered down to multi-year lows because the company reported a lackluster quarter and disappointing results. The question is can this stock be bought at current levels of $23.50?

Cash, short term and long term investments totaled $548 million compared to $430 million in the first quarter last year. Inventories were at $420 million compared to $395 million during the first quarter last year. On a cost per square foot basis, DSW segment inventories increased by 1.4 percent at the end of quarter, excluding the luxury inventory. It is not all bad news, because DSW’s Board of Directors approved a quarterly cash dividend payment of $0.1875 per share. The dividend will be paid on June 30, 2014, to shareholders of record at the close of business on June 20, 2014. But the fact is, this quarter was rough, there’s no easy way to put it.

Mike MacDonald, President and Chief Executive Officer stated, “We had a challenging quarter due to unseasonal weather and an aggressively promotional retail environment. We sharpened our prices for key items while proactively managing our clearance levels during the quarter. Monthly sales trends were weak but improved sequentially during the quarter. Our team is working hard to deliver an effective assortment with a compelling value message and we expect these initiatives to gain traction in the back half of the year. Our investments in omni-channel and assortment planning will strengthen our competitive advantages as we elevate our ability to meet the evolving needs our customers. At the same time, we are investing to grow our market share outside our core DSW, starting with our partnership with Town Shoes of Canada. I am confident that we are taking the right steps to grow sales and bottom line in the long term,”

The company may have had lackluster results, but it is taking steps to ensure profitability. On May 12, 2014, DSW announced the closing of its initial acquisition of Town Shoes Limited, the largest footwear and accessories retailer in Canada $68.7 million in cash. DSW Inc. acquired a 49.2 percent interest in Town Shoes from the Alberta Investment Management Corporation and other minority shareholders. DSW Inc.’s initial stake provides 50 percent voting control and board representation equal to the primary remaining shareholder, Callisto Capital.

Looking ahead, for the fiscal year ending in January of 2015, the company expects to see adjusted earnings per share in the range of $1.45 to $1.60 per share. This is a touch disappointing as most analysts were expecting $1.55 to $1.70 per share. These estimates assume low single digit comparable sales decline and adjusted sales growth in the low single digit range. These estimates also include omni-channel related expenses of $10 million or approximately $0.07 per share, a tax rate slightly above 39 percent and diluted shares outstanding of 92.5 million. All things considered, I would not recommend selling the stock at current levels, but holding the stock and giving the company time to turn things around.

Disclosure: Christopher F. Davis holds no position in DSW and has no plans to initiate a position in the next 72 hours. He has a hold rating on the stock and a $29 price target.