Here’s Why GenCorp Stock Should Rocket to Record Highs 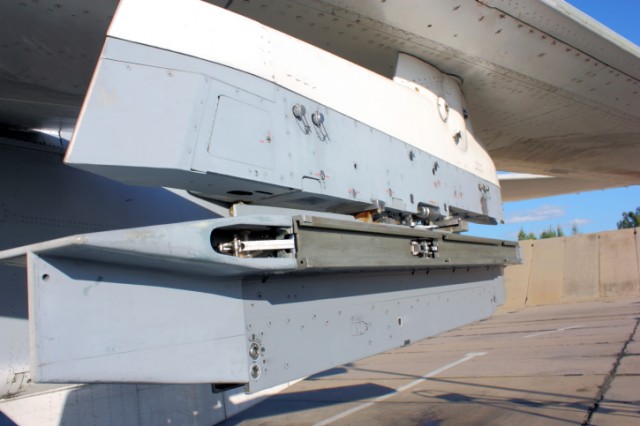 GenCorp Inc. (NYSE:GY) may not be a household name, but you may want to get to know it. This company could be a game-changer, and its stock could be set to rocket higher. The company engages in the manufacture and sale of aerospace and defense products and systems in the United States. The company operates in two segments: Aerospace and Defense, and Real Estate. The Aerospace and Defense segment offers defense system products, including liquid, solid, and air-breathing propulsion systems and components for applications in missile defense systems, maneuvering propulsion systems, precision war-fighting systems, and specialty metal products, as well as for use in strategic, tactical, and precision strike missiles. This segment also provides composite and metallic aerospace structural components, and warhead and armament systems for precision tactical and long range weapon applications.

What about before taxes and interest etc? Well, adjusted EBITDA was $33.5 million, or 8.3 percent of net sales, compared to $30.6 million or 10.7 percent of net sales, for last year’s quarter. The company saw cash provided by operating activities of $3.0 million, compared to $12.0 million last year, reflecting higher expenses but also higher sales. Free cash-flow was negative $6.2 million, compared to negative $0.6 million last year — a bit concerning. Further, because the company is growing, it had $662.3 million in net debt compared to $102.8 million last year. What is interesting is why the company is taking on more debt. It is for the health of the company long-term, not because it is borrowing to survive. In fact it repurchased 3 million of its shares at a cost of $55.9 million during the quarter. President and Chief Executive Officer Scott Seymour stated:

“We continued to advance the maturity and strength of our contract portfolio in the second-quarter of fiscal 2014 by achieving important development milestones across each of our major product segments, which include Space Launch, Missile Defense and Tactical Systems. These results, coupled with the significant priority our customers place on our products, have allowed us to continue to expand our backlog and improve our capital structure. Total contract backlog eclipsed $3 billion during the quarter while we repurchased $46 million par value of convertible notes, closed on a $300 million amended credit facility and a $100 million delayed draw credit facility, and repurchased an additional 3.0 million shares of our common stock. In addition, we continue to remain on schedule with the integration of Rocketdyne and the ongoing restructuring activity of the new, combined business. Collectively, this progress strengthens a foundation that will enable us to create value for all of our stakeholders well into the future.”

The company is going places and I think the stock is going to move higher. It is a touch speculative relative to an Alliant Tech Systems or United Technologies, but it is an up and comer. The company is making the right moves to sustain its future. It has expanded its backlog and improved its capital structure. It repurchased $46 million of convertible notes, closed on a $300 million amended credit facility and repurchased an additional 3.0 million shares. It is on schedule with Rocketdyne and is set to see record sales numbers in the near future. I think it is worth a buy.

Disclosure: Christopher F. Davis holds no position in GenCorp or any other stock mentioned in the article and has no plans to initiate a position in the next 72 hours. He has a buy rating on the stock and a price target of $25.