Here’s Why Lindsay Corp. Is a Must-Own Stock After Weak Earnings 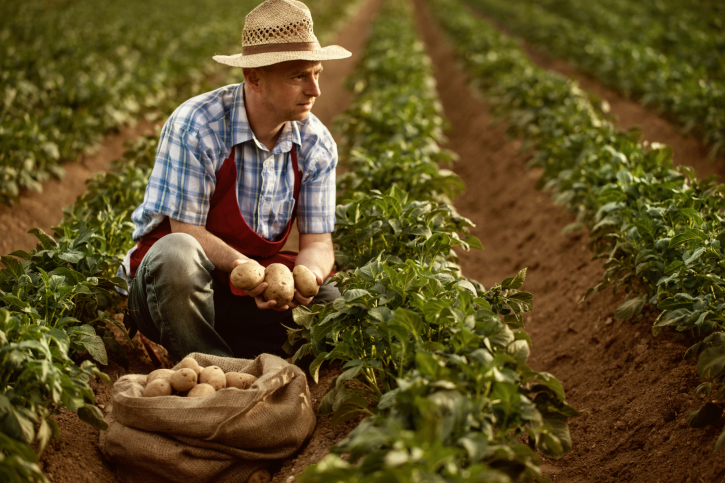 Investors sold off shares of Lindsay Corp. (NYSE:LNN) on Wednesday on news that the company’s earnings declined at a greater rate than analysts expected. The company reported EPS of $1.28/share on revenue of $170 million versus last year’s $2/share on $220 million in revenue. Furthermore, the company’s backlog shrank year over year to $73.6 million from $80 million. Investors sold off shares to the tune of nearly 5 percent on heavy volume as a result of this news.

The reason for the decline in sales is that farmers have less money with which to buy and upgrade their irrigation systems, which Lindsay produces. This is a result of weakness in the agricultural commodity market. This weakness didn’t just hit Lindsay Corp, but companies such as John Deere (NYSE:DE) and Monsanto (NYSE:MON), which both supply goods to farmers. It also hit fertilizer companies such as Potash Corp. of Saskatchewan (NYSE:POT), which saw fertilizer prices decline as a result of lower agricultural commodity prices.

There are other very compelling reasons as well. For starters, not only is the demand for food rising, but as people in developing countries become more affluent they will want to eat more meat, and it takes about 4 pounds of grains to generate 1 pound of meat. It follows that this will put upward pressure on not just meat prices but on grain prices as well.

Also, being a farmer is a thankless job that doesn’t pay well because crop prices are so low. The average age of a farmer in the western world is in the mid-late 50s because young people don’t want to go into the industry. In the developing world, farmers are among the poorest people, and nobody aspires to be a farmer. This trend has to reverse or else there won’t be enough farmers in the world to feed its people, and the only way that people are going to be incentivized to enter this thankless industry is that agricultural commodity prices have to rise.

Finally, historically crop prices are incredibly inexpensive, especially when we consider that input costs such as oil have been surging higher. Corn prices, for instance, peaked at about $4/bushel in the 1970s when double-digit oil prices were a big deal. Now oil is in the triple digits and yet corn trades at under $5/bushel. Eventually the rising input costs are going to force prices higher, or else farmers won’t find it economical to continue farming, they’ll quit, and there will be food shortages. This has already happened to a very large extent, although the government has subsidized unprofitable farming. This, however, is unsustainable, and agricultural commodity prices have to rise in order to reflect the true cost of farming.

Given all of these points, I think that among the best long-term investments on the market are those companies that are going to help farmers become more efficient. These companies include Lindsay Corp. Lindsay Corp. is unique because not only does its irrigation systems make it easier for farmers to water their crops, but it helps them save water in doing so. Water is another rising input cost, and any company that helps farmers, or anybody else for that matter, save water is going to find a market.

So Lindsay is going to be a beneficiary of both rising demand for agricultural commodities and rising water input costs. But what about the company’s weak quarter and how do we account for it as long-term investors?

While last quarter was weak year-over-year, we need to put it into context. In the past 10 years Lindsay Corp. has grown its gross profits dramatically. Consider that the market viewed the company’s $48 million gross profit for the quarter as “weak.” Compared with last year that is true — that number came in at $63 million. But the $48 million quarter was better than the company’s entire 2004, 2005, 2006, and 2007. Gross profits have grown over 5-fold in the past 10 years, and it is because Lindsay makes a product that enhances farmer efficiency.

With this in mind, investors should use weakness that comes from quarters such as these as buying opportunities. At $83/share, there is probably some more downside left. There is, however, some very strong technical support around the mid-high $70s — let’s call it about $77/share. Long-term investors should brace themselves for volatility and consider taking a position on weakness. This company offers investors unique exposure to an unstoppable secular global trend, and it is a must own for any investor.