On a global level, the tennis industry is big business. In the U.S., it is valued at $5.6 billion, and in the U.K., it’s $2.5 billion. Heck, the Australian Open alone contributes $62 million to the country’s economy. So how does this translate into salaries for the sport’s most revered and successful athletes?

You’d be surprised to learn that the players are not rolling around in cash from competition winnings alone. In fact, the vast majority of them are barely covering the overhead that comes with traveling to the games. The real bread and butter come by way of sponsorships and endorsements. Given that prize money doesn’t make up the bulk of tennis players’ earnings, why does Rafael Nadal, one of the sports biggest stars, think that female tennis players don’t deserve an equal share of that pie?

The U.S. Open started equally paying men and women players the same purse back in 1973 — thanks to Billie Jean King making a stink about receiving only 40% of her male counterpart Ilie Năstase’s $25,000 award in 1972. Years later, the Australian Open, French Open, and Wimbledon all jumped on the bandwagon. So how much prize money are these athletes putting in the bank?

Winning the U.S. Open translates to taking home $3 million for both the male and female victors. The same applies for Wimbledon winners. Australian Open winners each take home $4 million, while a French Open victory awards around $2.5 million to each male and female winner. Strangely enough, Nadal, the number one male tennis player in the world, simply is not cool with this current arrangement.

Here’s how Nadal thinks the prize money should be awarded

Nadal believes the prize money should be based on viewership, claiming that male competitions have more of it than those of female players. He voiced his opinion loudly and clearly, telling an Italian magazine that “It’s a comparison we shouldn’t even make. Female models earn more than male models and nobody says anything. Why? Because they have a larger following. In tennis too, who gathers a larger audience earns more.”

Nadal isn’t the first male tennis player to make the argument that female players should get paid less, SBNation reported. In 2015, Novak Djokovic said that while he applauded women players’ fight for equal pay, “I think that our men’s tennis world … should fight for more because the stats are showing that we have much more spectators on the men’s tennis matches,” he said. “I think that’s one of the reasons why maybe we should get awarded more.” 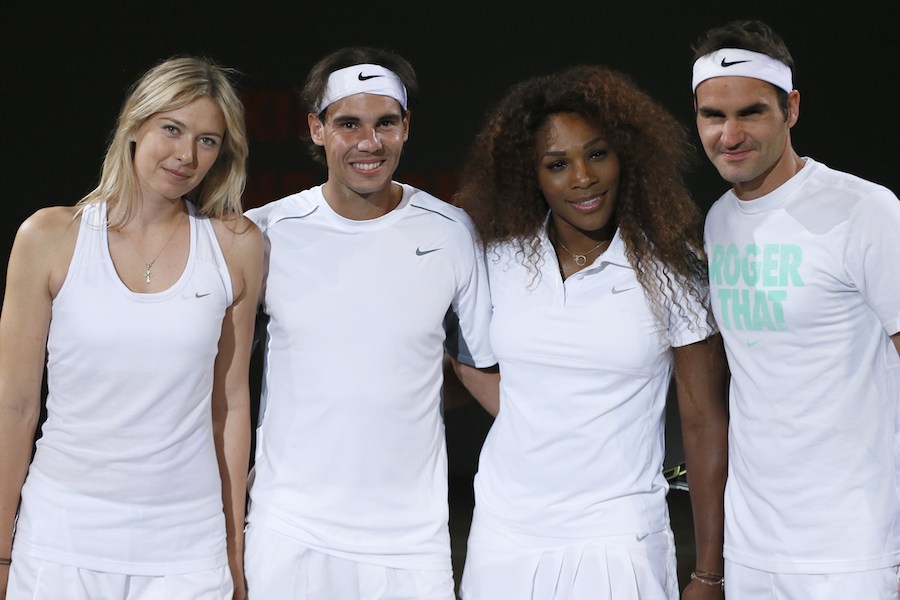 The backlash against Nadal has been fierce, especially considering Nadal does not appear to be hurting for cash. He is estimated to be worth $100 million. As for endorsements, he has a 10-year deal with Balbolat, a two-year deal with Tommy Hilfiger, a Nike and Telefónica endorsement, plus acts as a global ambassador for Kia. As for his female counterpart, Maria Sharapova, her net worth is $195 million. Perhaps that $95 million difference is just too much for Nadal to bear.