Here’s Why Target Is a Good Buy on Recent Weakness 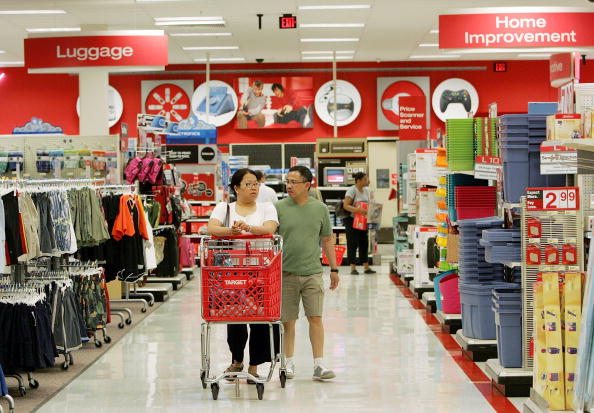 Target (NYSE:TGT) has been a lousy stock to hold for the past several months as the company has had to deal with a security breach that revealed confidential financial information to hackers. The story was big news when it broke in December, and as a result consumers have been reluctant to use their credit cards at Target. Furthermore, the company has seen its expenses go up. While it was able to raise its sales in the most recent quarter, sales growth, margins, and cash flow suffered.

While the stock has found support in the mid $50 range, it seems to have hit resistance in the low $60 per share range, suggesting that there might be some longer-term investors who are giving up on the stock and selling on any strength. While the company has attempted to stymie the outflow of investor capital by raising its dividend from 43 cents per share per quarter to 52 cents per share per quarter, investors seem unimpressed.

In addition to Target’s specific problems, the retail space has generally been weak this year. While the broader stock market is up 6 percent for the year, the SPDR Retail ETF (NYSEARCA:XRT) is down about 3 percent. This underperformance is a consequence of tepid retail sales data in the U S., a competitive landscape, and lofty valuations.

If we couple Target’s specific problems with general weakness in the retail space, it is difficult to make an investment case for the shares.

Nevertheless, I think Target is one of the few retail stocks that has appeal for long-term investors, and the company’s short-term problems could be providing investors with a long-term opportunity. While Target has had problems growing its sales and maintaining its margins, in part due to the company’s recent security breach, it has an incredible long-term track record of creating shareholder value.

Target has a long history of not just paying dividends but raising them, and in this arena it has a better track record than bellwether stocks like Exxon Mobil (NYSE:XOM) and Wal-Mart (NYSE:WMT). In fact, given the recent dividend hike, the company pays one of the bigger dividends — 3.5 percent – in the retail space, a sector that is notorious for paying minuscule dividends.

Furthermore, the company’s current security problems will fade with time. I think that long term, the security breach isn’t just insignificant, but it could be beneficial. The fact that the company suffered such a security breach has put it in a position where it is forced to heighten its security, and I suspect that eventually, Target’s will be one of the most difficult servers to hack into.

I wouldn’t go rushing into Target shares now. I suspect that the company will continue to see negative fallout from December’s security breach, and that investors might stay away for quite some time. But like with the BP (NYSE:BP) oil spill in 2011, we have a situation in which a debacle can turn into profits for bold contrarian investors.

Investors should wait to see whether the $54.66 per share February low holds. If it does, then this is probably a good entry point. If this level fails to hold, then in all likelihood it will be because the broader sector is weak. In this case, investors should look for negativity to build before taking a position. While it might be painful, this is a falling knife you will want to catch, and I think 10 years from now, it will look like a strong move.

Disclosure: Ben Kramer-Miller has no position in Target or in the SPDR Retail ETF.