Here’s Why the GOP Still Hate the IRS 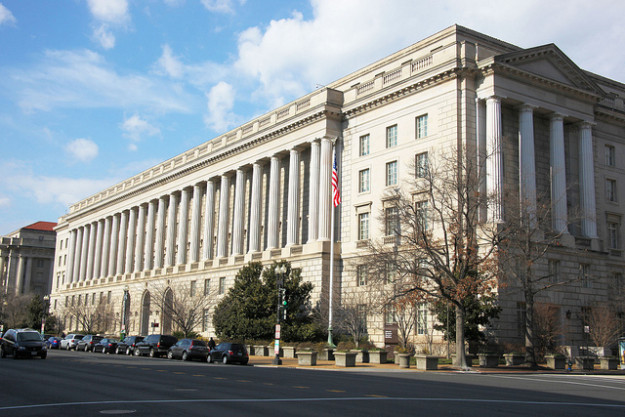 Last week we discussed just how much American’s don’t trust their government post-shutdown. Still, there was a happy aside noting how much they do like their government agencies — especially the Centers for Disease Control (at 75 percent positive), NASA (at 73 percent), the Department of Defense (at 72 percent), the Veterans Administration (at 68 percent), and the Department of Homeland Security (at 66 percent) — according to the Pew Research Center.

The Internal Revenue Service was the lone recipient of majority holding reproach with only 44 percent positive ratings and 51 percent critical. Of those that held the IRS in good regards, very few of them were Republicans — a mere 23 percent. The positive views remaining were taken up by a much larger sixty-five percent of Democrats and 40 percent of independents.

But why the angry Republican tilt to these findings? A likely explanation lies in a Scandal earlier this month that centered around accusations that the IRS had been targeting conservative Republican groups. On October 9, the Judicial Watch — a conservative lobbying group — filed a suit against the agency with Watch president, Tom Fitton, quoted as saying they intended to “cut through the Obama administration cover-up of its IRS scandal,” according to the Washington Times.

“One of the most pressing questions, of course, is, ‘What did the president know and when did he know it?’ We know that former IRS commissioner Douglas Shulman and his political aide, Jonathan Davis, visited the White House hundreds of times during the Obama IRS witch hunt. This may help explain why the IRS is now stonewalling our FOIA requests and forced us to go to federal court,” said Fitton.

The suit, made in May 2013 looked back to what conservatives consider to be an election winning tactic that crippled the Tea Party and other group’s ability to campaign. Recently, the complaint was amended to include additional groups, according to the Washington Times, including a Dr. Ben Carson.

“I have not been particularly persuaded in the past with the IRS targeting of the tea party groups. But this one seems a little odd. This certainly raises questions that I assume someone will begin to investigate,” said Melanie Sloan, a former Justice Department prosecutor of Carson’s claim. In recent weeks the IRS has had furloughs and the shutdown to explain the unanswered questions — however Republicans haven’t forgotten where things left off, if the polls are to be believed.

Don’t Miss: Can We Never Raise the Social Security Tax?