This High-Paying Industry Has a Huge Discrimination Problem 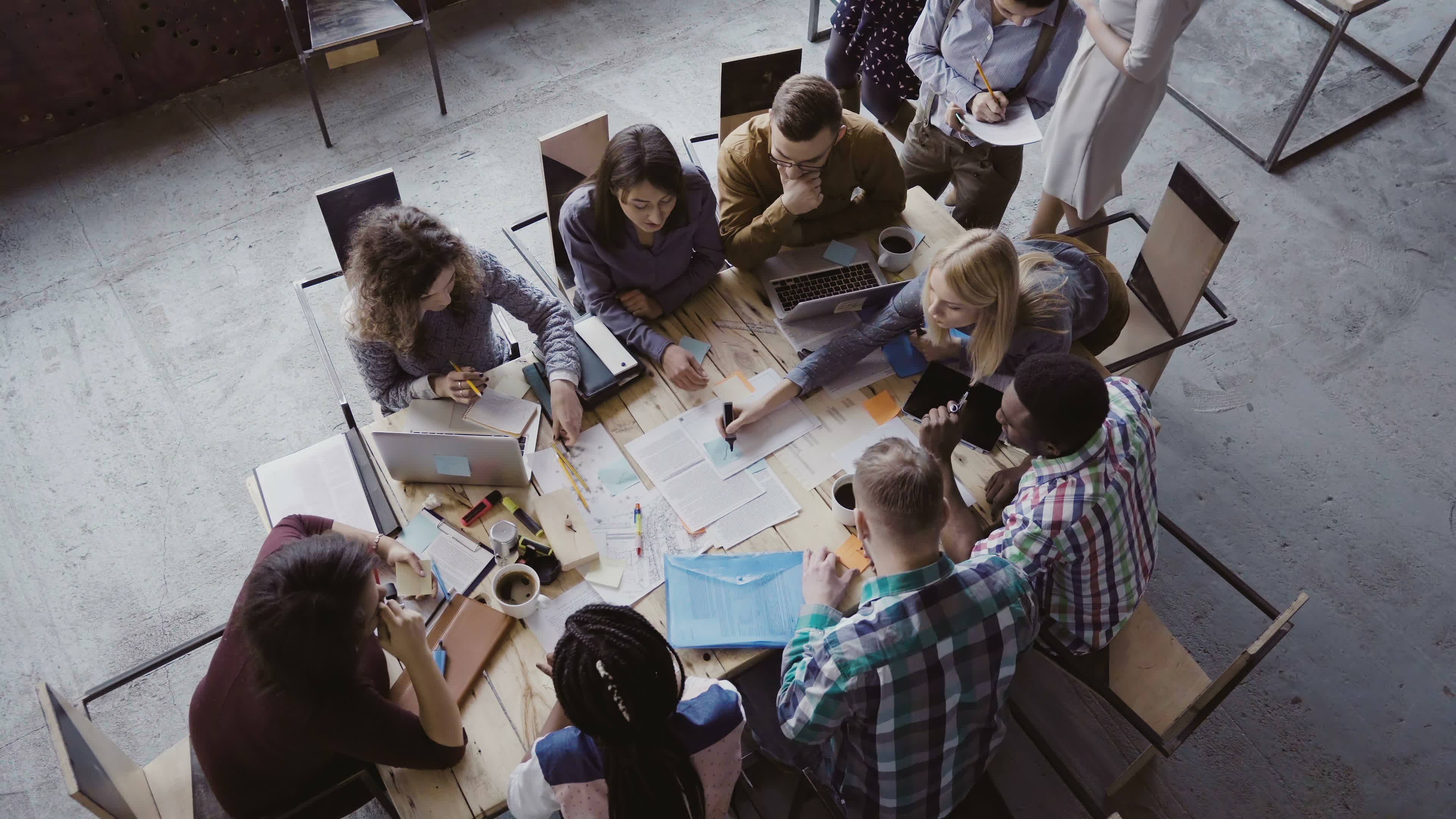 Baby boomers are being left in the dust. | Vadim_Key/iStock/Getty Images

There’s nothing worse than a hostile work environment. Bullying, harassment, and discrimination can affect your productivity, health, and overall well-being. Unfortunately, discrimination at work is common. But it’s not just race and gender discrimination holding back today’s workers. It’s ageism, as well. AARP reports 64% of people admit to experiencing age discrimination in the workforce. When it comes time to look for new opportunities, job seekers age 55 and older remain unemployed for an average of 54.3 weeks, nearly five months longer than younger workers.

We won’t sugarcoat it: Baby boomers have it rougher than most. But for boomers in one industry, the uphill battle is particularly steep. Need more proof? We got it.

Equality is the issue 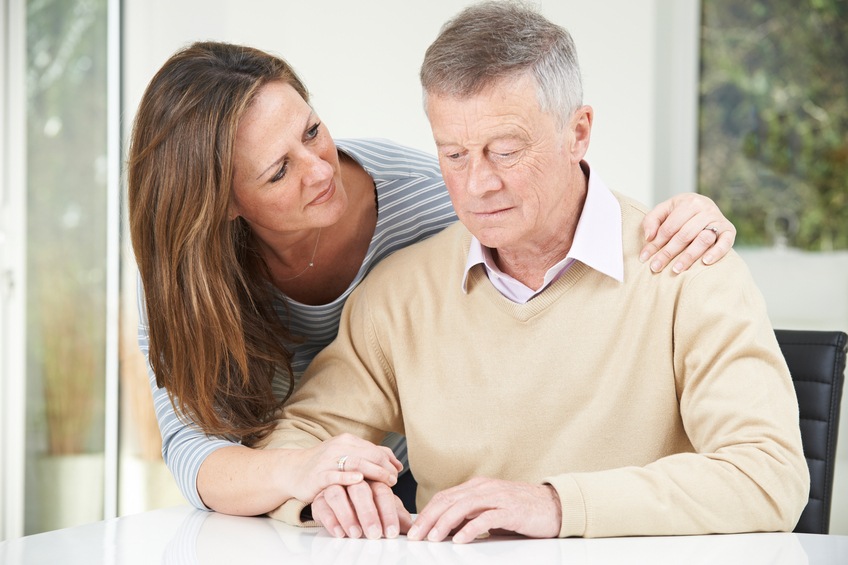 Baby boomers often face a harder time getting their foot in the door. | Highwaystarz-Photography/iStock/Getty Images

Older workers have been claiming bias for years. It’s difficult to establish evidence of ageism in the workforce, but people have tried. A study by economists at the University of California, Irvine showed callback rates drop dramatically according to age.

Unfortunately, recent headlines further support these claims. Nearly 300 people have joined Google’s recent age discrimination class-action lawsuit, where the median employment age rests at 30 years. The Department of Labor sued Oracle for paying white male employees more money, according to Reuters. Age bias can be traced even further to R.J. Reynolds Tobacco, which came under fire for discouraging those over 40 to apply for sales positions.

It’s clear ageism poses a problem for boomers on the job hunt. But age discrimination is rampant for one industry in particular, and it’s a huge problem.

Tech is the industry 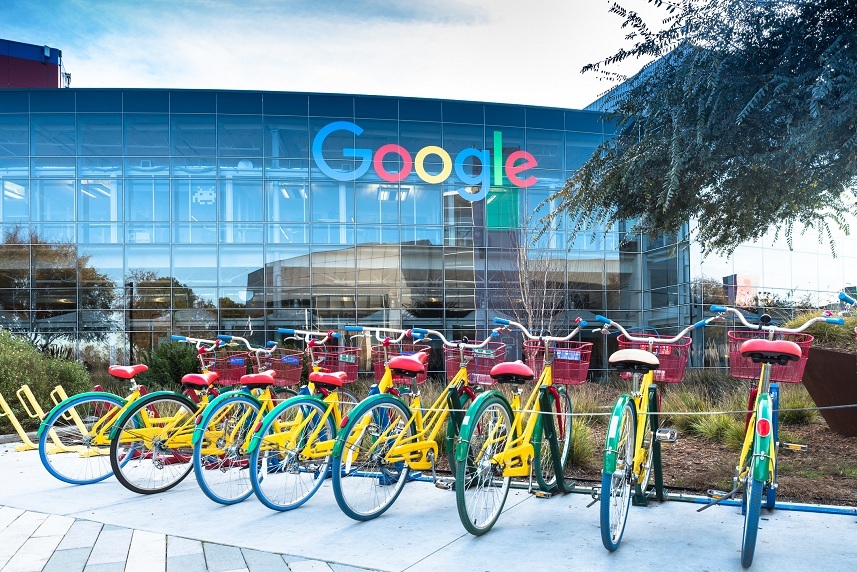 Tech companies, such as Google, are growing at increasing rates. | SpVVK/iStock/Getty Images

The tech industry is the fastest growing in the world. It’s relevant and high-paying, and anyone looking for job security moving forward should familiarize themselves with the industry. This poses a problem for boomers. Indeed surveyed over 1,000 U.S. tech workers and found astonishing results.

For one, boomers are hardly anywhere to be found in the tech workforce. But millennials are dominating. Seventeen percent of employees in the companies surveyed by Indeed were age 20 to 30, while 29% were somewhere between 31 and 35. The numbers only decrease for older workers. A mere 27% in tech were age 36 to 40, and even fewer (26%) were over 40.

How concerned are these tech companies? Not very.

No boomers, no problem 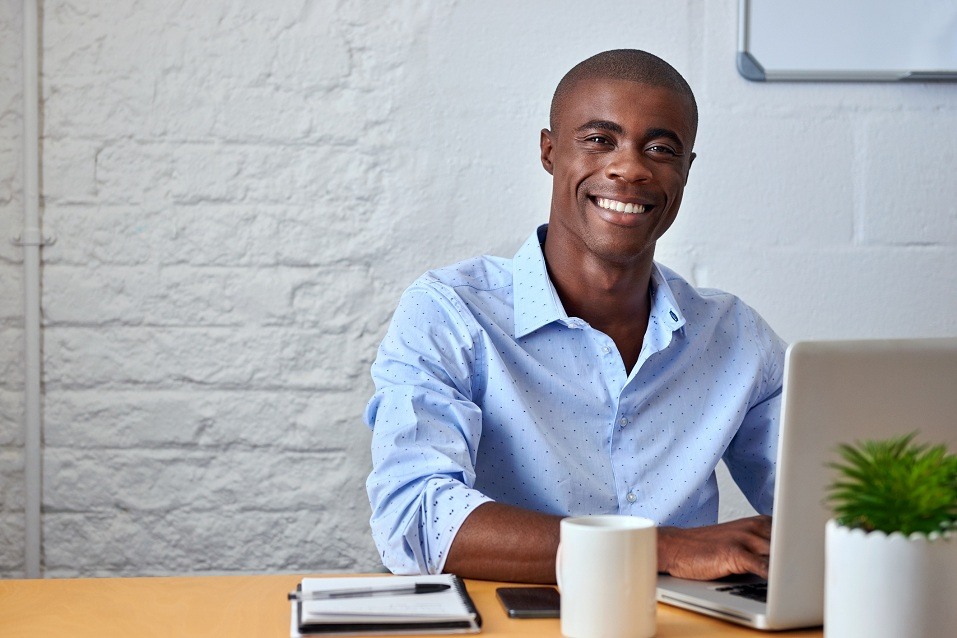 To put it simply, nearly half (46%) of tech employees are millennials. But many see no issue with apparent ageism in technology. Indeed found only 23% of respondents believed the millennial generation was overrepresented, and even fewer (18%) thought baby boomers were underrepresented in their companies.

Many factors contribute to tech’s ageist ways. Younger workers command lower salaries and fewer benefits. They’re also less likely to have families and are willing to work longer hours. The traditional tech stereotype conjures up images of young, hip, energetic employees with iPhones permanently pressed to their ears. Few actually believe a 45-year-old man could type 80 words per minute while also contributing to a conversation around SEO conversion and JavaScript. 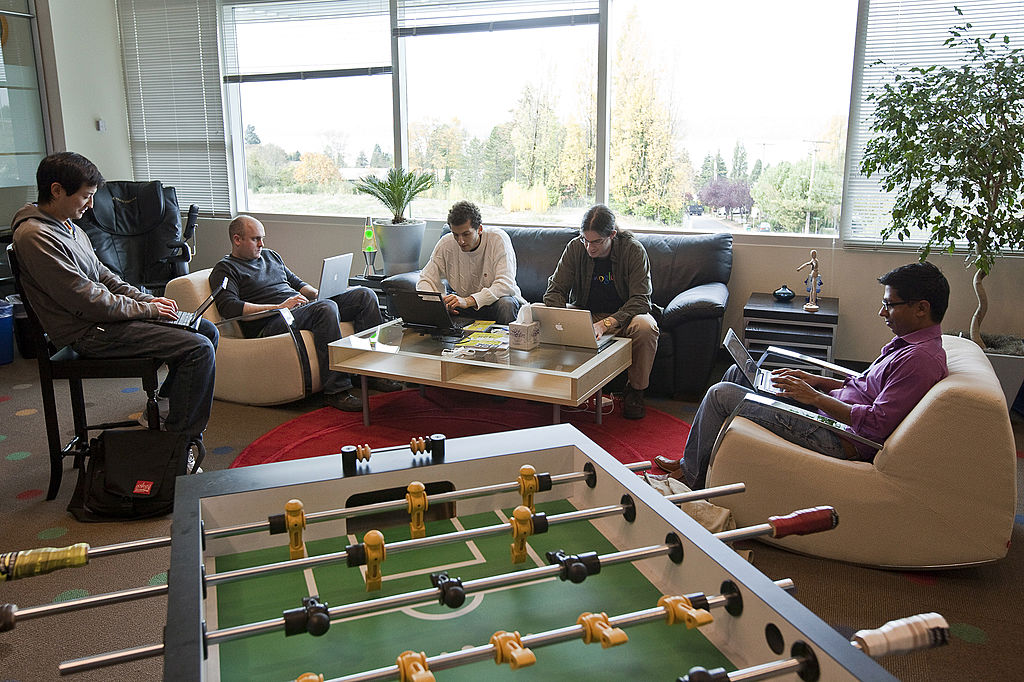 Millennials grew up in the industry and are willing to be paid less. | Stephen Brashear/Getty Images

Silicon Valley is the holy grail for techies. California cities, such as San Francisco and San Jose, attract an equal number of older and younger employees. So it is entirely possible that boomers and millennials are competing for the same high-profile jobs. When experience — or, in other words, industry knowledge — isn’t the problem, companies are more likely to whittle their candidate choices using a different method.

Again, most millennials are willing to work for less. And considering their lack of tenure in the workforce, they do. Companies looking for the biggest bang for their buck could be tempted to hire the cheapest candidate, regardless of experience.

However, in some ways, age discrimination at work happens naturally. Here’s how.

A difference in skills 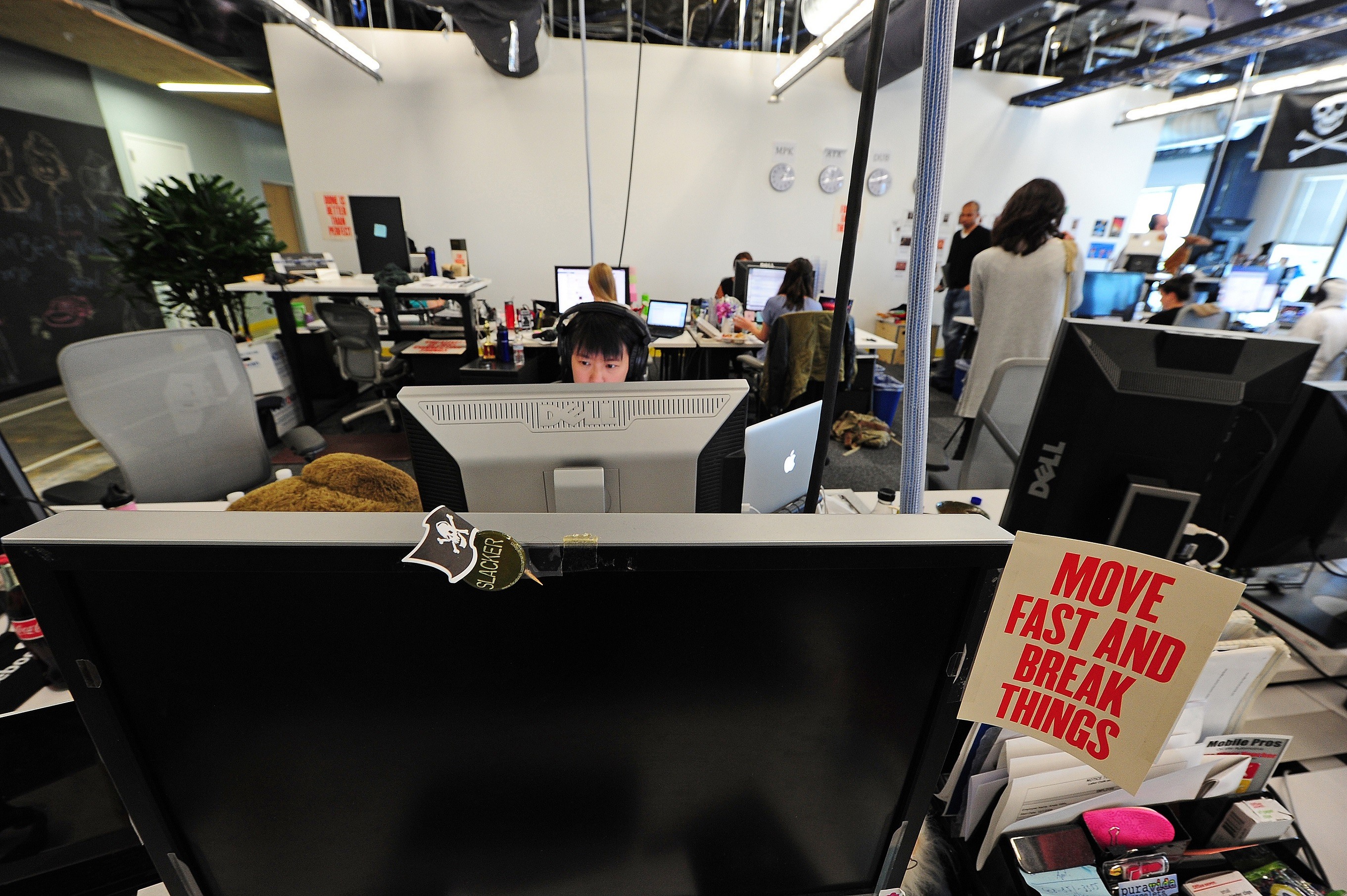 Undoubtedly, there’s a stereotype that only younger, tech-savvy workers are valuable to companies and that the ability to learn the job right away outweighs the wisdom older workers bring to the table. But Indeed found age also influences who applies for what role. More millennials click on certain job postings, such as “game tester,” “Java developer,” and “UX designer,” while boomers navigate toward jobs, such as “IT project manager,” “engineering lead,” and “telecommunications engineer.”

Boomers seek roles requiring combined experience, such as leadership and technical prowess, whereas millennials are focused on highly specified postings requiring detailed process knowledge. Therefore, it could be these positions are prone to greater age disparity simply because of application trends. However, it’s also probable that boomers cognizant of potential age bias overall are discouraged from applying to these positions from the start. Not only does this perpetuate the bias, but companies lose out on the potential industry knowledge seasoned workers could bring with them.

But despite trends, data suggest a healthy mix of older and younger workers could be a company’s most competitive advantage. 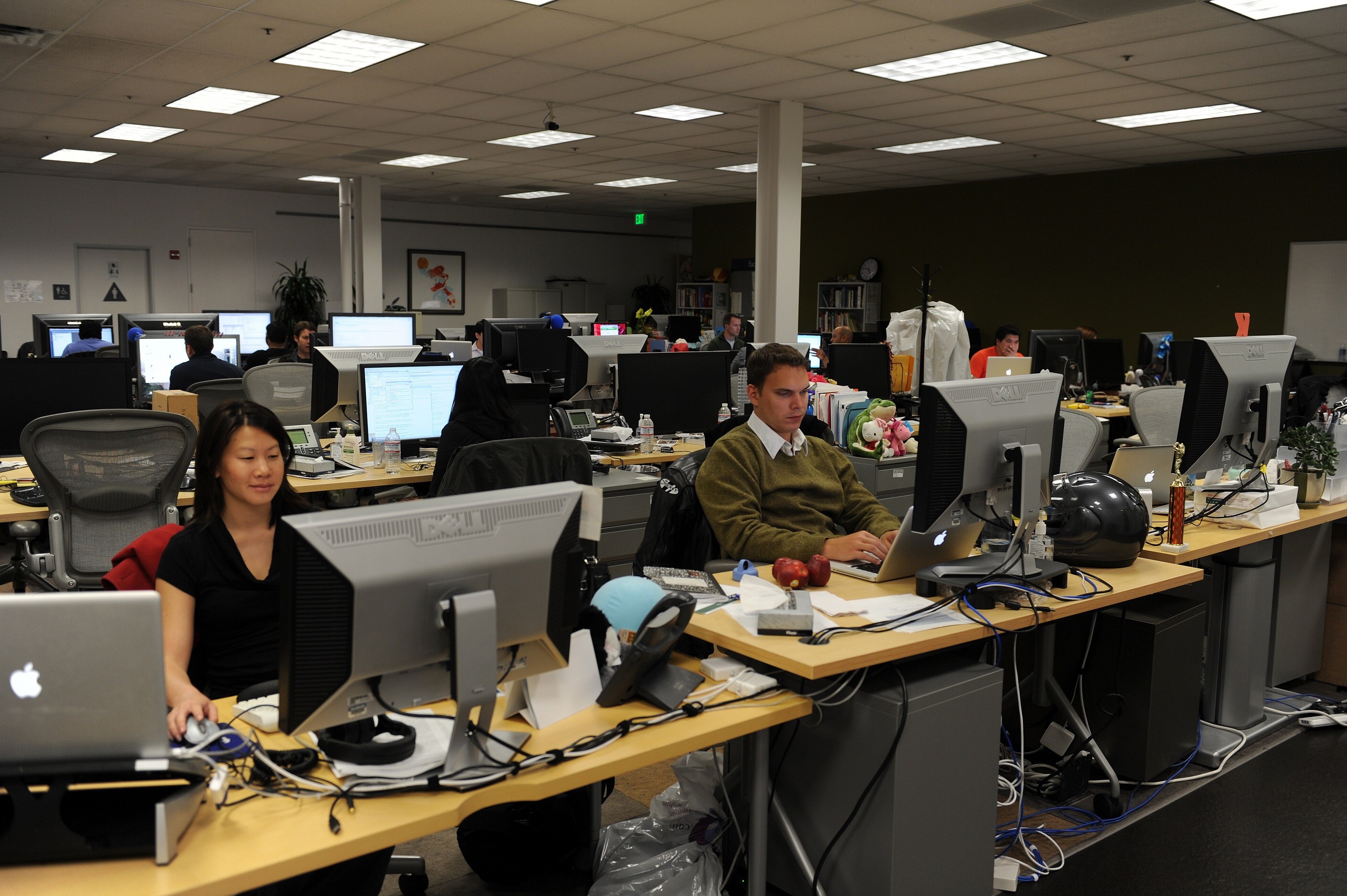 It bodes well for the tech industry to prioritize diversity. For one, hiring managers can cast a wider net for job applicants and find increased options for hire. Research also found firms with greater diversity and equality enjoyed higher profits and better employee performance overall.

Sure, millennials bring an untapped energy source into the office, often at a much cheaper rate, but older people are just as innovative — if not more — than their younger counterparts. Older workers are better apt to solve more complex, deep-rooted problems thanks to their career longevity and detailed level of understanding. What’s more is 30% of innovations from Nobel Prize winners came from those in their 40s, while 15% were over age 50 at the time of receipt.

In an industry so reliant on progress and innovation, failure to bring on older workers could backfire immensely. If companies won’t adapt, how can boomers override such strong bias in tech?

How can boomers combat such bias? 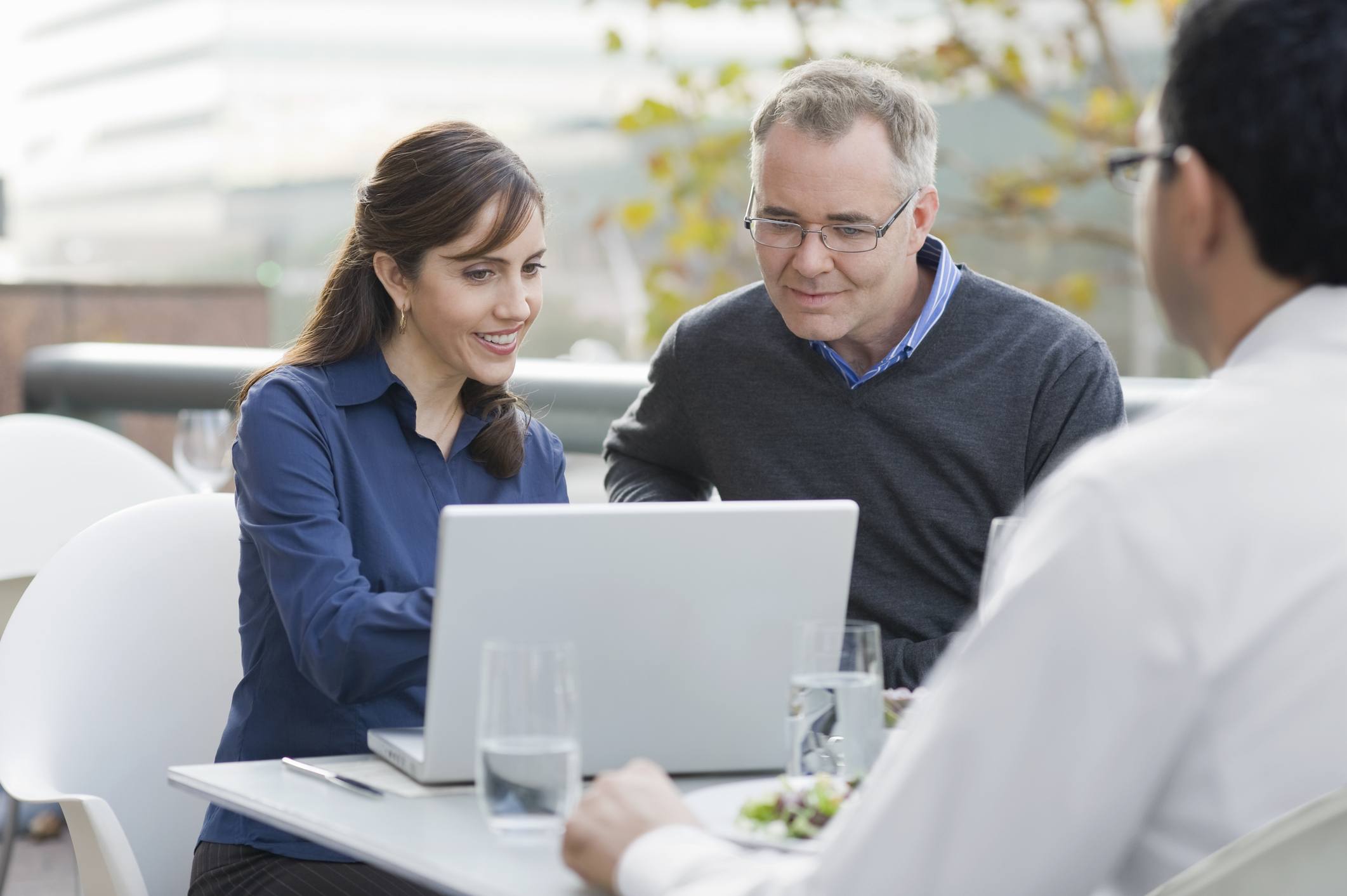 You could take the obvious route and create your own job. But not everyone is willing to drop everything for a career pivot. And you shouldn’t have to. Overcoming age discrimination is all about leveraging your skills over millennials. Years in the industry mean you can utilize your network of connections as an advantage over entry-level workers. Where millennials fail to understand — or succeed — at relationship management techniques, you shine.

Your education needs an overhaul, too, especially in the tech industry. Boomers can stay relevant by investing in continued learning and additional courses that build on a degree that’s decades old.

Finally, employ more than just a resume. Fourteen percent of managers interview candidates who provide a link to a personal portfolio or website in their job application. Demonstrate your technical aptitude while also standing out from other applicants. It’s the best way to prove your qualifications right away.