Home Depot: Do We Believe the Numbers or Management? 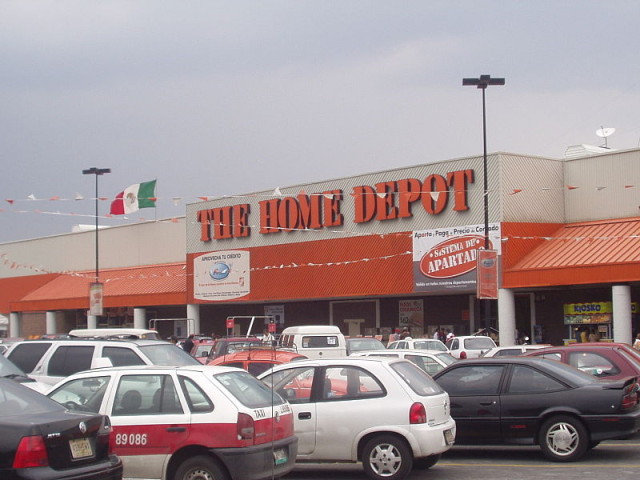 Home Depot’s (NYSE:HD) first-quarter (the quarter ended February 2) figures for 2014 were disappointing. We saw declines in sales, profits, and profit margins. However, management sounded very optimistic in the Q1 earnings press release. Given this apparent mixed message, it is difficult to know what to believe about the nation’s largest home improvement retailer. Let us look at the numbers more closely.

In the first quarter Home Depot reported sales of $17.7 billion, or a 3 percent decline year over year. The decline lead to a fall in the company’s profits, which decreased slightly, from $10.02 billion to $10.01 billion. The company’s profits fell at a lower rate than its sales because its SG&A expenses fell from $4.2 billion to $4 billion. While this is a good thing, investors should keep in mind that this is not sustainable and that ultimately investors need to focus more on the revenue numbers and the gross profit numbers, which came in at $6.2 billion versus $6.37 billion a year earlier.

Investors looking at these numbers out of context would assume that Home Depot’s business is slowing down and that it is therefore unreasonable to pay 21-times earnings for the company’s shares. But the stock has remained relatively strong, as the shares sit within 5 percent of an all-time high. I think the reason for this is the optimism coming from management.

Management expects to see sales growth this year of 4.8 percent, which is much stronger than the 3 percent decline we saw in the first quarter. Furthermore it expects to see margin expansion of 70 basis points, which is a big deal considering that the company has net margins around 6 percent. These two points together imply that the company’s profits can rise 15 percent, which is a huge improvement over the essentially flat profits we saw in the first quarter of 2014 vs. the first quarter of 2013. This increase will be augmented on a per-share basis given management’s commitment to repurchasing $5 billion in stock. In fact, management is anticipating a 16.5 percent increase of earnings on a per-share basis.

In this light, 21-times earnings doesn’t seem to be very expensive.

Unfortunately these two collections of numbers tell very different stories, and investors are in a position where they need to decide which is right — the most recent numbers or management.

Ultimately, I think given the weakness in the macro-economic data we are seeing, I would err on the side of caution and avoid Home Depot shares despite the fact that the company is better positioned than its peers. There are many signs of economic weakness that lead me to this stance. The most pressing is the weakness we are seeing in Chinese exports, which collapsed 18 percent in February year over year. Since the United States is China’s second largest trading partner, it would stand to reason that a lot of this sharp decline is the result of weak demand for Chinese goods coming out of the United States. The weakness we are seeing in the prices of base metals, most notably in copper, makes this economic weakness more apparent.

Given that the nature of Home Depot’s business is home improvement, there is always going to be some demand for its products even if the economy is weak — if your roof caves in, you are going to find a way to fix it even if you have to dip into your savings. This limits the downside risk of owning Home Depot shares. Nevertheless the company offers a lot of discretionary products as well, and if there is economic weakness Home Depot will sell fewer of these products.

With this being said, if the economy goes into recession and if the stock market declines, Home Depot shares may fare slightly better than the shares of more economically sensitive companies. But at the same time, the lofty growth expectations put forth by the company’s management seem to be overly optimistic, and there is a reasonable possibility that we can see profits continue to decline, or at least flatten out. If this is the case investors should be reluctant to pay 21-times earnings for Home Depot shares.

If profits are flat, a more appropriate multiple is probably closer to 15-times earnings, which gives the shares 28 percent downside potential. If profits decline, this downside risk could be substantially greater depending on how large the profit decline winds up being. Of course my skepticism could be off base, and if the company’s profits do rise as management says they will, we could see the shares rise to reflect this, and analysts who are saying that the stock could trade up to $89 per share could be right. But with the stock already at $79 per share, this is only about 13 percent upside.

While this isn’t bad, it does mean that the potential downside far outweighs the potential upside. With that being the case Home Depot bulls should wait for a pullback to the low $70 range before buying the stock.