The War on Drugs Costs Us All Big Money 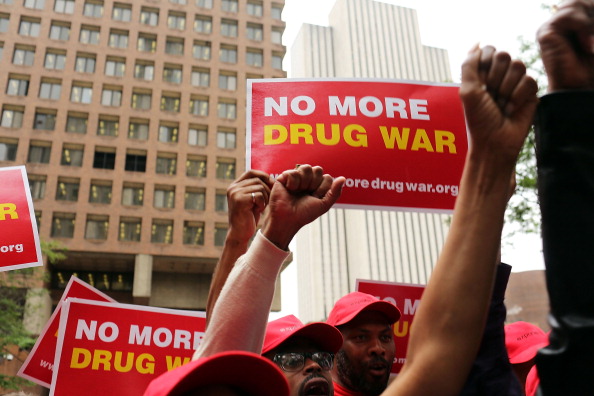 After generations of prohibition, marijuana is finally finding a place in the legal market. The history of the outlawed cannabis plant goes way back, all the way to early 1900s. In fact, before then, growing cannabis and hemp plants were encouraged by governments, as it provided an immensely durable material that had seemingly-limitless uses. Then, at some point in the 1920s and 1930s, cannabis became a pariah and was demonized in the eyes of the general public.

As crazy as it may seem (or not), marijuana’s criminalization saw its genesis in large part due to fear of immigrants entering the country from Mexico. This, coupled with the crippling economic conditions of the Great Depression, led to a swath of resentment towards Hispanic immigrants. ‘Studies’ were conducted linking marijuana to violent crimes, and also to the influx of immigrants, causing even more public fervor.

Eventually, marijuana, and its cousin, the hemp plant, were outlawed completely. While it may have seemed like a great idea at the time, it has been a drag on the United States economy, and had widespread effects across the world ever since. It’s impossible to even calculate or quantify the level of damage that has been done by simply outlawing a single plant. Of course, other plant-derived substances have been outlawed as well, including cocaine and heroin. But neither of those have been found to be as harmless as marijuana.

The costs mostly fall under the umbrella of one of two categories: lost revenue in terms of proceeds from sales and taxes, and the enormous price of enforcing anti-drug laws.

Four states — Colorado, Washington, Oregon and Alaska — have now pushed through voter-passed initiatives that have legalized marijuana sales and use within their respective borders. The District of Columbia also passed a legalization law as well. As the first two states to pass legalization measures, Colorado and Washington have established their own infrastructure for an open cannabis market.

So far, the results have been incredibly positive. Both states have been bringing in immense amounts of revenue from taxes, and consumers have been able to abandon the black market for safer, more reliable options. Washington, after suffering from shortages, is even tweaking its laws to help bring prices down and encourage more spending.

By sitting back and watching states push through legalization measures, one thing has become clear to every legislator in the country: there is a mountain of tax revenue to be made from the sale of marijuana. Now, it’s been known for years that marijuana is not nearly as harmful as even cigarettes or alcohol, and yet no lawmakers have been willing to try to legalize it. But money speaks louder than common sense, evidently.

Of course it does help that both Colorado and Washington already had bustling medical marijuana systems in place, in which innovators and businesses were able to get a head start. Also, both states have exceptionally strong economies, and, in Washington’s case specifically, plenty of rich investors involved with the business and technology worlds who themselves appear ready to jump into the marketplace.

The other big cost to the U.S. economy has been the enforcement of prohibition, included within the high toll of the War on Drugs, which has been an immense failure by many counts. Not only has the War on Drugs led to huge issues within our own country, but it has also helped create a framework in which foreign drug cartels and drug lords could operate to make mountains of money, while the American taxpayer gets stuck footing the bill trying to stop them.

And that’s just the tip of the iceberg. According to numbers from the non-profit and anti-prohibition group DrugSense, the War on Drugs cost taxpayers $15 billion in 2010 alone. On top of that, millions of people are arrested and incarcerated on non-violent drug offenses every year, costing an enormous amount of money.

There is also the costs of training and hiring new law enforcement officers, propping up the federal Drug Enforcement Agency, supplying them all with weapons and the latest technology and vehicles, all in an effort to stymie the flow of drugs in and around the U.S. Of course, these costs include policing many more substances other than just marijuana, but weed has always been the big money maker — the low-hanging fruit for law enforcement to go after due to its prevalence and high-usage rates. It’s also important to mention the vast amounts of time, energy and focus all spent in trying to keep marijuana off the streets, and keeping the public astutely scared and aware of just how damaging law enforcement and lawmakers perceive it to be.

Also, there are a number of ways in which true tolls can’t be calculated. For example, there has been a thriving medical marijuana community in many states for years. While some are tightly controlled, others are hardly regulated at all. Despite the fact that these markets exist, and have existed, there are still many people who will not go near them, or their product, for fear of legal retribution.

There are a number of medical conditions that cannabis can treat with great success. From seizures to insomnia, cannabis can be a powerful ally in the medical field. Yet, there are millions of people who have dumped money into treatments that are not as effective as those offered by cannabis. This has a tremendous cost, although it can never really be quantified.

Another area that can’t really be quantified is in the industrial sector, with the criminalization of growing hemp. Imagine how much money could have been saved by growing hemp crops to use for paper or building supplies, rather than the enormous investment required to harvest logs from American forests? Hemp can grow in most areas, and has a very short regeneration cycle, whereas trees can take generations to regrow. Hemp would make everyday products cheaper, lessen the expense of new construction, and really provide a superior material in almost every conceivable way. But once again, there’s no real way to calculate the costs.

These costs, along with the blatant money pit that is the War on Drugs and the price of incarcerating non-violent drug offenders, are a huge drag on the economy. Many talking heads and lawmakers have stuck to their guns regarding the perceived dangers of marijuana, but this has ended up costing the American taxpayers huge sums over the years. If prohibition is not repealed by the federal and state governments, the only people who will come out as winners are those who have a curb on the market, namely dealers on the black market, and those who offer legal alternatives on the market.

As legalization does take hold, the economic advantages will become even more obvious, and many aspects of the economy should improve. Until we get there, however, taxpayers are going to continue to see their money wasted on outdated and ridiculous measures to keep cannabis off the streets.