How Big Business Can Lead in Fighting Climate Change 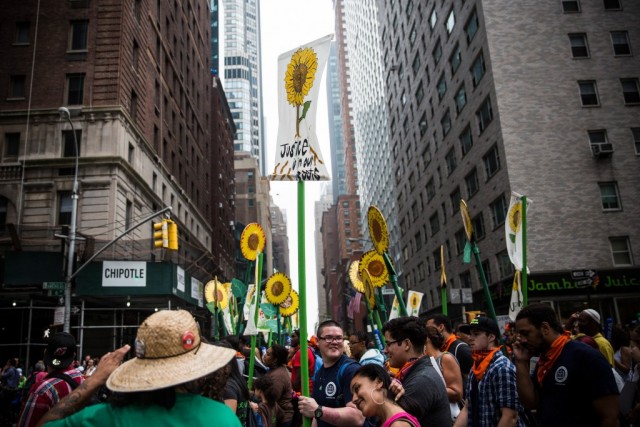 As sea levels rise, summers become hotter and hotter, and droughts devastate many states across the country, our nation’s leaders have still by and large refused to act. In fact, many of them still seem content to argue about whether it’s actually happening, despite the piles of scientific evidence and near consensus among those who study the climate.

So who can actually make a difference? There were massive protests in New York City that hundreds of thousands attended, yet they received little, if any, media coverage. Community groups and nonprofit organizations do what they can, but the simple fact is that they don’t have the numbers or the influence to have a widespread effect. Since American legislators are unwilling to take on the challenge of preparing the country for the future effects of a changed world, who can?

The answer, it seems, is big business.

Many companies across numerous industries have an interest in downplaying the threat of climate change. Whether it be in the energy sector, automotive business, or manufacturing, these companies are simply looking out for their interests. Increasing regulations, particularly environmental regulations, can end up hurting them on the bottom line. However, there are companies putting sustainability plans into place and doing what they can to shift their production methods to be less harmful.

So there is some progress being made. On top of that, there’s recent news that several big corporations — including L’Oreal, Nestle and Kellogg’s — have recently pledged, along with 37 others, to help cut deforestation in the tropics. It’s a small step, but it’s crucial. The New York Times reports that while many environmental groups are happy to see corporations stepping up to the plate, relatively small pledges won’t be enough to counteract the damage humans have done to the environment.

Is there a way to get more of the world’s largest businesses interested in changing their business practices?  The simple way to get businesses on board is rather simple: Find a way to make fighting climate change profitable. 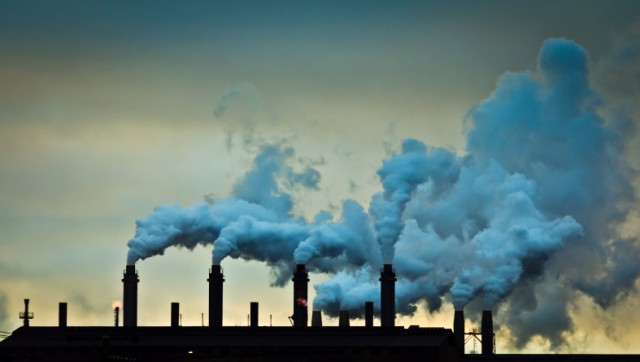 Finding profitability, of course, is the goal every business in existence. Also, if we didn’t have the big businesses that so many despise today, we likely would be without many of the critical technologies and advancements we enjoy on a daily basis. Hopefully, by taking a toll on the environment over the years through industrialization, globalization, and developing said technologies, we’ll be able to use them as a way to climb back to a more sustainable level.

The main reason that clean technologies haven’t become as monstrously popular as the incumbents is due to the fact that their products are unaffordable. The solar industry, which shows immense promise toward reinventing the way we produce and distribute electricity, is still far too expensive for the standard consumer. Why isn’t everyone driving an electric or hybrid car? Because they’re expensive.

But even those two things — electric vehicles and solar power systems — are dropping in price every year. The technology is becoming more widespread in adoption, and production is becoming less expensive. When Tesla CEO Elon Musk released his company’s patents to the world a few months back, he was hoping that other car companies would use his clean technology. Not only so the automobile industry would shift toward a more environmentally friendly product overall, but also so that he could profit from it in battery sales and expanding adoption of electric vehicles.

If more business leaders and entrepreneurs can see the potential in clean technologies and work to push their respective industries toward adopting them or marketing more sustainable products, profitability will follow. Right now, we’re only at the beginning of what is likely a revolution in clean and sustainable business practices. The only problem is, only a handful of people with influence have bought into the idea.

But investors appear to be. Investment in clean technology has been steadily increasing, as have electric car sales and solar energy adoption. So consumers are on board, too. Now, if businesses are willing to buy in, the dollars will come. The demand is starting to emerge, and where there’s demand, there’s profitability.