How Bright Is the Solar Industry’s Future? 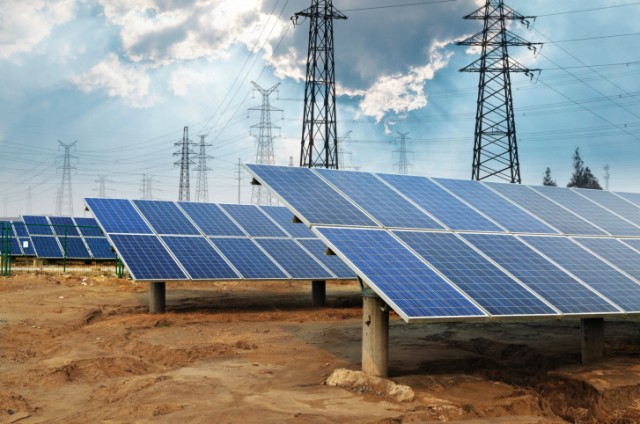 The solar energy industry has come a long way in the past decade. The industry is now among the fastest growing in the United States, and according to Rhone Resch, president and CEO of the Solar Energy Industries Association, 2014 is turning out to be “another banner year” for solar power.

The report echoes similar findings from 2013, which the research and policy center Environment Ohio called “a historic year for solar power.” In 2013, Environment Ohio notes, the U.S. passed the 10 gigawatt mark for solar capacity and, that year, the nation installed more solar energy systems than in any year previous, with installations increasing by 41 percent over 2012; 2013 saw more than 4.37 gigawatts of solar power installed in that year alone.

The SEIA also notes that 2013 was a particularly important year for the industry, because it “offered the U.S. solar market the first real glimpse of its path toward mainstream status. The combination of rapid customer adoption, grassroots support for solar, improved financing terms, and public market successes displayed clear gains for solar in the eyes of both the general population and the investment community.”

Both Environment Ohio and the Solar Energy Industries Association are increasingly optimistic about the future of solar power, especially now that many of the original challenges facing the solar industry have been removed due to new programs which make solar energy systems more available.

SEIA’s 2014 report found that 53 percent of all new electric generating capacity in the U.S. in the first half of 2014 came from solar energy, and the industry is on-track to be three times larger this year than it was just three years ago. Further, “for the first time, more than 100 MW of residential PV came on-line in a single quarter without any state incentives.” It seems it’s another year of “firsts” for the solar energy industry.

Currently, solar energy is a $15 billion a year industry which is only getting bigger, and fast; the industry is among the fastest growing in the United States with more than 6,100 companies and more than 140,000 employees.

In fact, the solar industry experienced a rate of job growth between 2012 and 2013 10 times faster than the national average of 1.6 percent, exceeding the projected growth rate for the year. Even more encouraging is the fact that 77 percent of the more than 20,000 new workers in the solar industry were hired to take on new jobs, rather than existing positions which now have additional solar responsibilities, according to the National Solar Job Census.

The SEIA report also notes that one in every 142 new jobs in the United States was created by the solar industry, and even more jobs were saved by providing new, solar responsibilities to existing workers.

Solar energy is already responsible for providing electricity to more than 1.5 million U.S. homes, including the White House, which re-installed solar panels under Barack Obama in 2011, and America’s solar energy capacity grew an impressive 418 percent between 2010 and 2014.

But the industry is not just growing, it’s also incredibly popular, with nine in ten Americans supporting its expansion nationwide, according to the SEIA.

There are a number of factors which have contributed to the solar industry’s wildly successful growth, however. In particular, the advent of third-party financing has made solar energy systems available to those who otherwise would not have been able to afford the initial investment necessary to make the switch. Rhone Resch of SEIA notes that “third-party financing has been a game changer for the solar industry and for consumers, enabling homeowners, businesses, and public institutions to access solar for little to no money down.”

It was this practice that helped to spur the “tremendous growth in the industry in a relatively short period of time,” Resch said, noting that “90 percent of New Jersey’s residential solar market has consisted of third-party-owned systems since the second quarter of 2013.”

Resch says that tax credits, along with third-party financing, played a large role in establishing a solar industry in the United States. The SEIA notes that the price of a solar panel has decreased by more than 60 percent since the beginning of 2011, a factor which has helped to make solar power cost-competitive with natural gas in several states. He also notes that annual solar installations have grown by more than 3,000 percent since the investment tax credit was implemented in 2006. As a result, today, the United States has almost 16 gigawatts of installed solar electricity capacity. Resch adds that without an extension, he believes the solar industry’s growth is likely to stagnate, and many Americans currently employed by the industry will begin to lose their jobs.

Along with prioritizing the extension of the investment tax credit, Resch says that the SEIA is hoping to encourage other policy improvements, such as net metering. Net metering is defined by the SEIA as “a billing mechanism that credits solar energy system owners for the electricity that they add to the grid.” In this way, customers are only billed for their “net” energy use. Because customers are credited for the “extra” electricity their solar energy systems’ generate, net metering can make a solar energy a very appealing way to save money in the long term.

SEIA has also been active in “helping state policymakers understand how they can reach new Environmental Protection Agency (EPA) targets under the proposed 111 (d) regulations.” The EPA explains: “section 111 of the Clean Air Act requires EPA to develop regulations for categories of sources which cause or significantly contribute to air pollution which may endanger public health or welfare.”

Regardless of the myriad challenges that may lay ahead for the industry, it seems as though the solar industry is on-track to have another record-setting year going into 2015; the SEIA is forecasting 26 percent growth in the solar market, a rate which would bring annual installations up to nearly 6 gigawatts, and which would bring the cumulative total to just shy of 20 gigawatts nationwide.