How CEO Pay May Actually Be a Threat to Your Safety 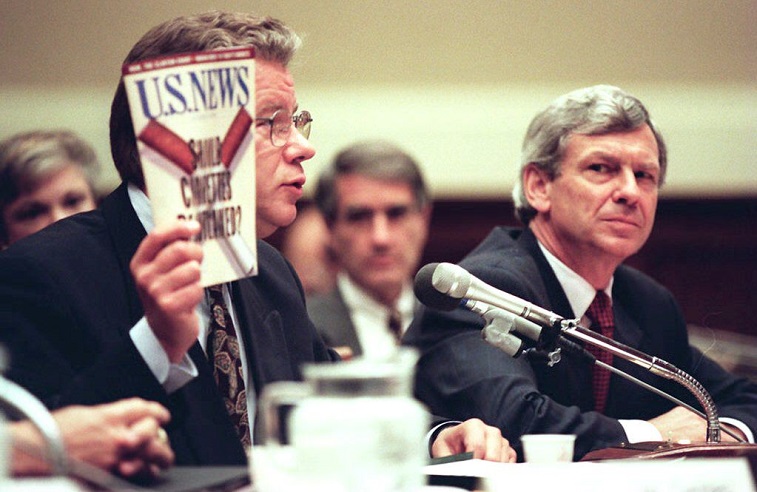 As has been discussed seemingly ad-nauseam at this point, American CEOs typically make a lot of money. An awful lot of money. On average, up to 300 times the amount of the average worker. But, when you think about it, it makes sense. These are individuals who have climbed to the zenith of their fields and organizations. They take on massive amounts of stress and risk, and usually don’t hold their position for very long. Being a CEO is a tough gig — and tough gigs demand fair compensation.

Just because these executives are making a lot of money doesn’t mean they’re necessarily doing a good job. But since CEO pay became more or less transparent over the past couple of decades, those vying for top executive jobs could see what others were making, and expect just as much or more for their services. Since companies often don’t have, or are unwilling to hand over, millions in cash without some kind of assurance that these people are going to do a good job, an ingenious pay structure was invented: performance-based compensation models.

This means that CEO compensation often comes in the form of stock options. The higher a company’s stock price, the more the CEO ultimately is compensated. It makes sense, as this gives the CEO a level of accountability and ensures they won’t just sit back and collect a massive paycheck. Makes sense, right?

For a lot of businesses and investors, it does make sense. But that doesn’t mean that there aren’t unforeseen complications.

One of those complications is that CEOs, having had their compensation tied to stock values, will often engage in riskier behavior to see that those stock prices do rise. That is, they try to hit the proverbial home run to make sure their pay goes up, and that investors and board members stay happy. But those home runs often turn out to be foul balls — and consumers end up taking a pop-fly to the forehead.

A study from the University of Notre Dame’s Mendoza College of Business, published by Phys.org, has found that the compensation models that encourage risky behavior are actually leading to increased problems for consumers. Those problems are manifesting themselves in higher instances of product recalls, and increasing issues with product safety.

Essentially, researchers say that an eagerness to please investors and board members leads to crass decisions by CEOs, who then kick off high-risk initiatives that backfire. In short, stock option pay tends to lead to a higher frequency in future product recalls. That means that this compensation model could, in some instances, lead to danger for you and your family.

“We found a positive relationship between the proportion of CEO pay consisting of stock options, measured over a two-year period, and the occurrence of product recalls in the subsequent year,” said Adam Wowak, the study’s lead author. “Our results are consistent with prior research showing that option-heavy pay arrangements engender aggressive risk-taking by CEOs, who stand to benefit greatly from future increases in share prices but lose nothing if share prices fall.”

And that’s the crux of the issue: CEOs may see their gambles fail, but they often don’t have a lot to lose other than their jobs. That means the potential rewards far outweigh the risk, from their perspective, and keeps perpetuating the cycle. Moreover, CEOs who were relatively new at their jobs were found to be more likely to take big risks, as they had an incentive to prove themselves.

“CEOs typically become more conservative, as opposed to daring, as they advance in their tenures, which we theorized would somewhat dampen or offset the risk-inducing properties of options,” said Wowak. “In place of options, companies have increasingly used restricted stock grants, which consist of company shares that transfer to the CEO only after certain requirements are met, such as remaining in the position for several more years, meeting specific performance targets, etc.”

While it’s unlikely that large-scale compensation model changes are going to happen overnight, as a consumer, it’s important to realize what’s going on at the top of some of these companies. Rushed decisions can, and do, impact your family. And knowing how and why that’s happening is the first step toward making changes.