How to Choose Your Motor Oil Like a Pro

Motor oil: It’s something we rarely think about until we need it. Then, most of us just pay to have someone else take care of it. But choosing the right oil for your car is more complex than the tech at your local quick lube punching your make and model into the shop computer. There are lots of factors to consider: viscosity, synthetic or conventional, high mileage or standard.

Luckily, you have a few things going for you to navigate this minefield. Your biggest ally is the owner’s manual in your glove box. In there, along with recommended tire PSI and towing capacity, you should be able to find your manufacturer’s recommended motor oil, usually right down to a recommended brand. On top of that, strict industry regulations mean about 95% of motor oils are created equal. As long as you see certification and classification from the American Petroleum Institute on your oil carton (they’re usually prominently displayed), then there isn’t a lot that can go wrong.

So here’s what you need to know: the difference between synthetic and conventional oils and how to read viscosity. Synthetic oils are formulated from petrochemicals to be more adaptable than conventional oil. While both contain additives and detergents, synthetics generally last longer and maintain their viscosity at extreme temperatures.

With synthetics, there are two big factors: price (some can cost up to twice as much as conventional oil) and the condition of your engine. Most newer performance and luxury cars recommend synthetic oils. But if you have an older, high-mileage car, some drivers have complained of leaks once they’ve made the jump to synthetic. If your car is newer, we can’t recommend synthetic enough. If you’re not sure whether it’s right for your car, ask your mechanic.

As for viscosity, you’ll notice a grade on the bottle, such as 5W30. That first number is temperature compared to zero degrees Fahrenheit, the W is for winter, and the second number is viscosity index, or how thick and resistant to flow the oil is. So 5W30 means the oil maintains at temperatures as low as 5 degrees and is less viscus than something, such as 10W40. Check your owners manual first, but some people use different viscosities depending on time of year or mileage. When in doubt, go with what the manufacturer recommends.

This might all seem like a lot. But once you know these basics, you’re ready to make an informed decision on one of the most important fluids in your car. And now that you know the ins and outs of motor oil, here are 10 of the best options on the market. 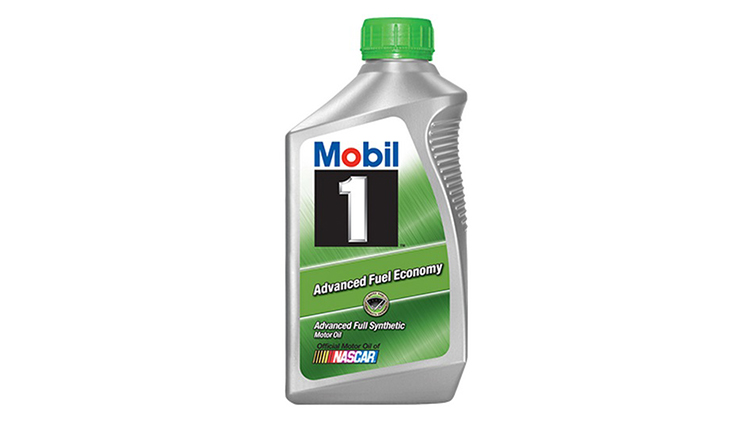 When it comes to oil, Mobil 1 is the biggest standout. The recommended oil of Mercedes, Porsche, Lexus, McLaren, and the Corvette, Mobil 1 offers a number of conventional, synthetic blend, and synthetic oils for cars, trucks, diesel engines, motorcycles, and heavy-duty haulers. Thanks to its ubiquity, Mobil 1 is generally considered to be the industry standard — which means every other competitor claims it can do it better. This keeps things plenty interesting.

Next: This brand invented synthetic oils. 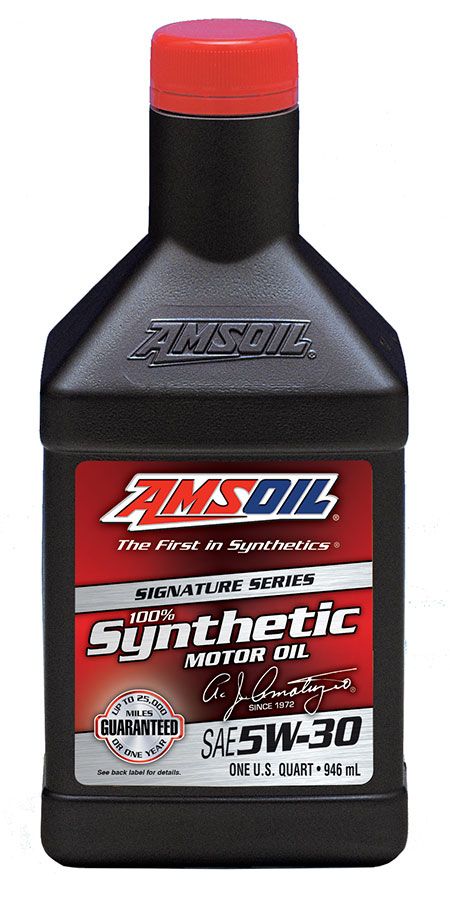 Founded in 1972 by an ex-fighter pilot, AMSOIL is a family-owned company that brought the first synthetic oil to market over 40 years ago. Today, AMSOIL has a massive presence in motorsports, sponsoring everything from off-road rallies to arctic snowmobile racing. With a reputation for products that can take some serious punishment, you can rest assured its oils can handle whatever you can dish out.

Next: True believers claim this oil can make their cars run better and go faster. 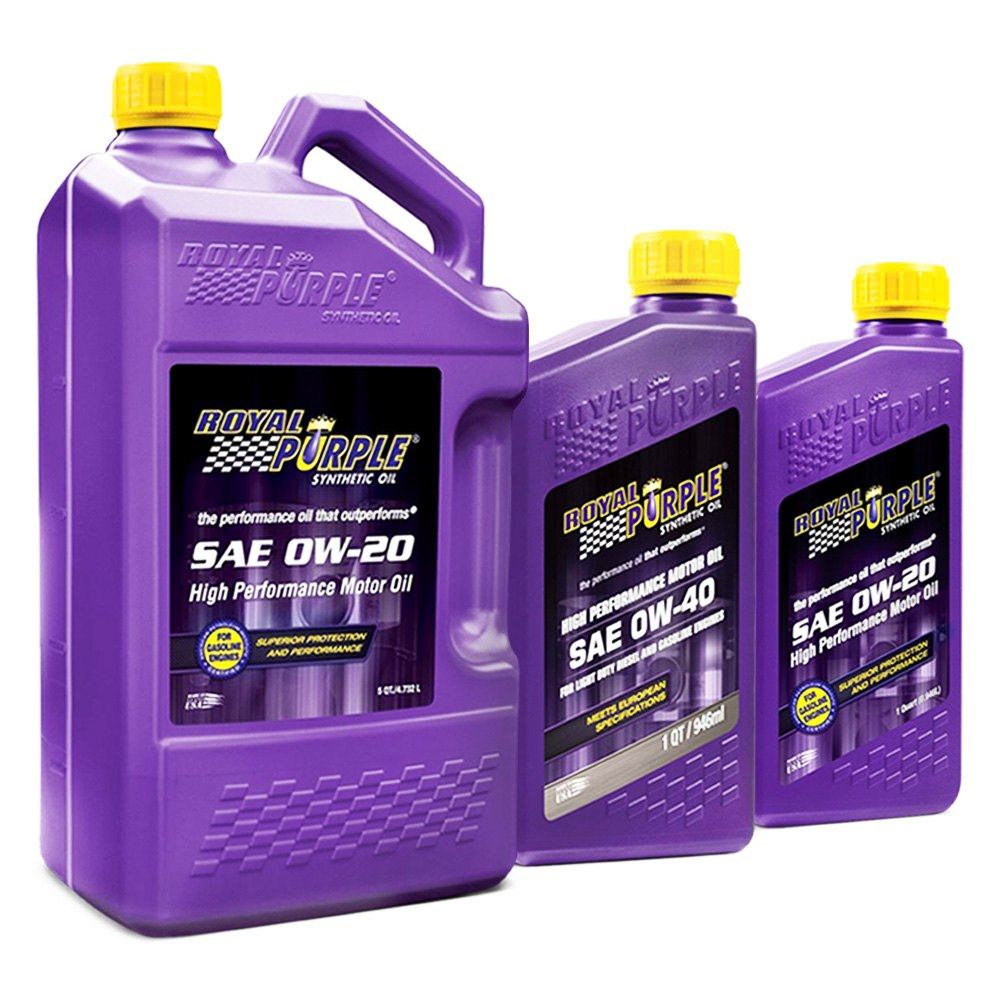 While most oil companies in the U.S. have been seemingly around forever, Royal Purple seems like a newcomer. Founded in 1986, the company gets its name from the trademark color of its synthetic oils. With a number of products for high-mileage and performance cars, a growing number of gearheads swear by the stuff, claiming it does everything from improve engine performance to increase fuel economy.

Next: This brand has been going strong for over 150 years. 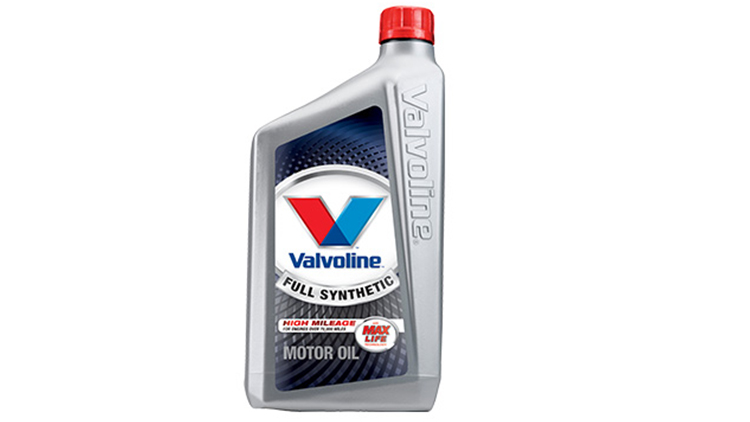 Tracing its history back to 1866, Valvoline makes a pretty strong claim that it invented motor oil as we know it. Today, the company offers a number of conventional, full synthetic, and synthetic blend oils for everything from heavy-duty trucks to ATVs to NASCAR racers. And if you’re in a hurry, it also has over 800 quick oil change locations in the U.S., so you know you’ll get the right oil without even getting out of your car.

Next: This brand is a favorite for gearheads around the world. 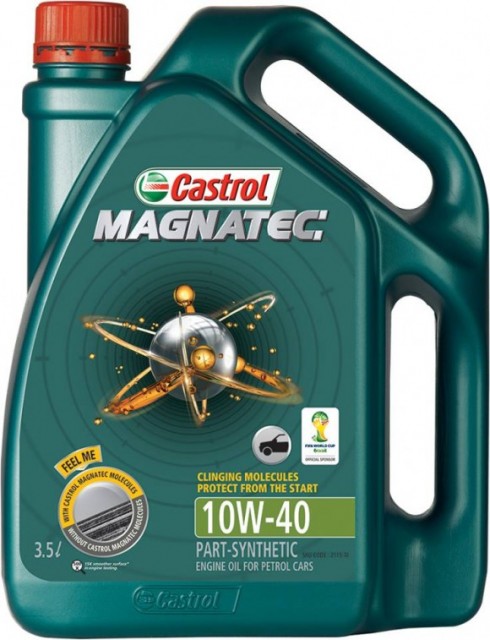 This British oil company has positioned itself as Mobil’s chief competitor — and with good cause. With a number of conventional and synthetic oils, this brand claims it can outperform Mobil 1 in most extreme conditions. Add to it that it’s the recommended oil in Jaguar Land Rover models, has a massive global racing presence, and even has a handy oil selector tool on its website, and it’s easy to see why Castrol is one of the most trusted oil brands on the planet.

Next: This massive company has a corner on the oil and gasoline markets.

The sixth-largest company in the world is also a juggernaut when it comes to gasoline and motor oil. The preferred oil for Ferrari’s factory race cars, Shell has pioneered the use of additives and detergents to keep your engine cleaner and running longer. We wouldn’t normally recommend just using any gas station brand oil, but if you’ve pulled into a Shell, you’ll be just fine.

Next: This brand has had a lot in common with Shell in recent years. 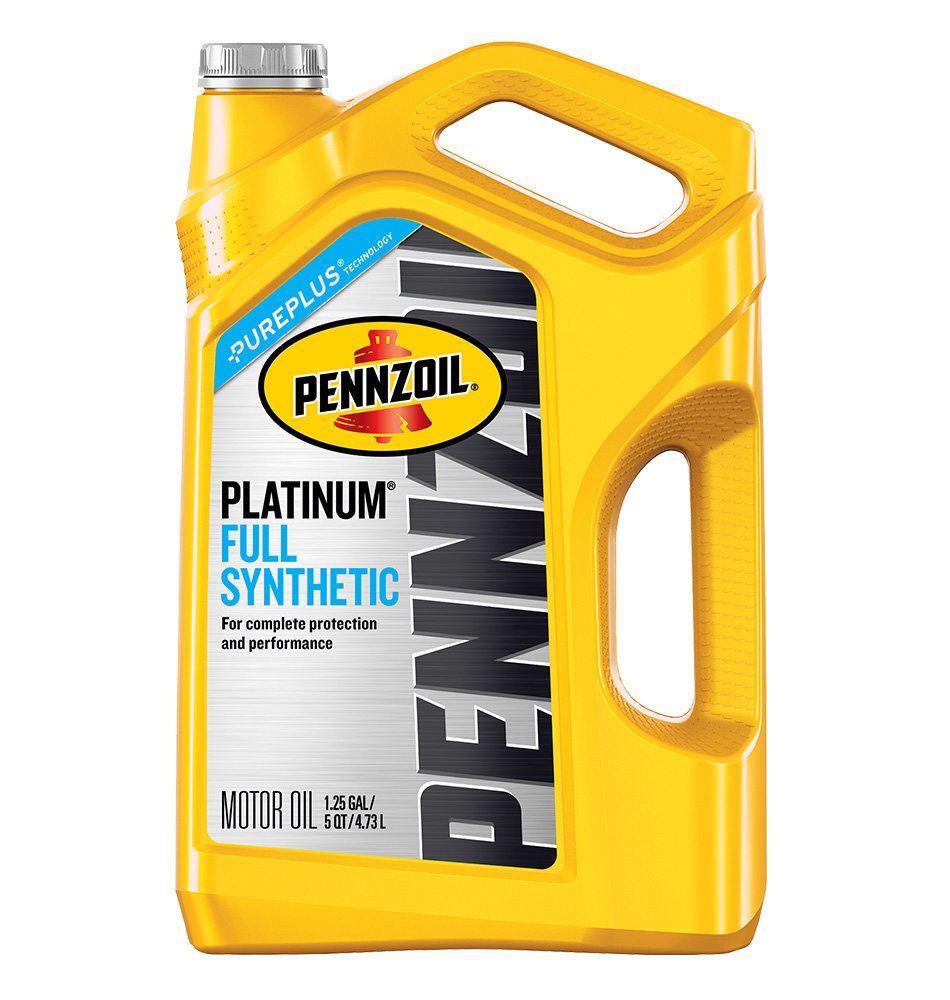 On the surface, it seems like Pennzoil’s recent partnership with Ferrari as the official motor oil of its road cars was a shock to the automotive ecosystem. But once you realize the American brand was purchased by Royal Dutch Shell in 1999, it makes a little more sense. Still, this brand has been trusted by drivers for over 100 years. And with a range of products, it offers some of the best conventional and synthetic products on the market.

Next: This company merged with Pennzoil in 1999.

This is another American company now under the Royal Dutch Shell umbrella. Quaker State focuses on products that keep engines working their best for hundreds of thousands of miles. It’s so confident in its products that it even refers to its high-mileage synthetic blend as “the fountain of youth for your reliable engine.”

Next: This relative unknown in America is a huge deal in Europe. 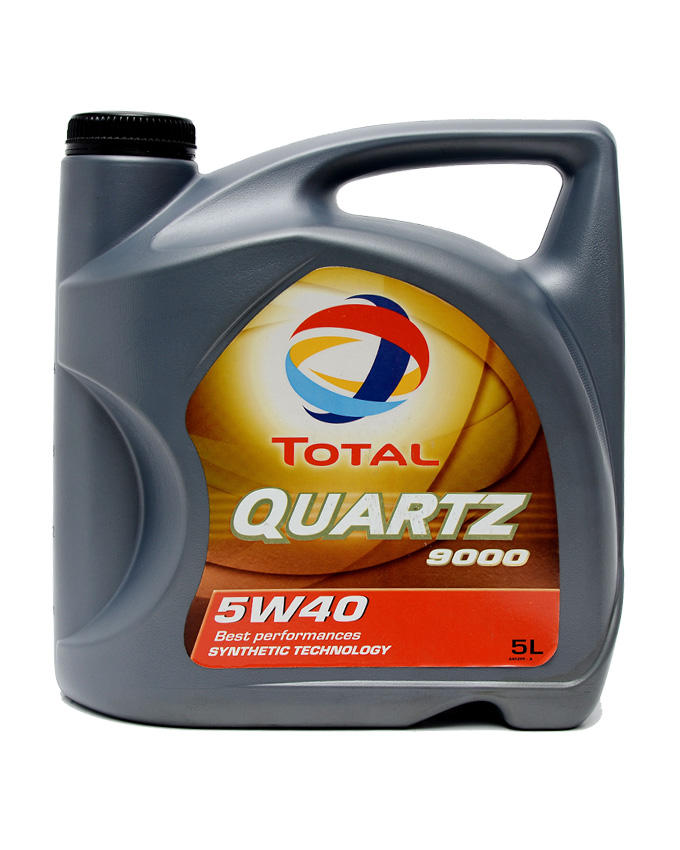 In Europe, Total operates a massive gas station. But in the U.S., it’s relatively unknown. That’s a shame because its motor oils are formulated to operate under some of the most extreme conditions in the world. A major sponsor of rally races and Formula 1 around the world, Total’s products are beginning to get a foothold in America. Despite a lack of name recognition, its products shouldn’t be underestimated.

Next: This American company focuses on performance. 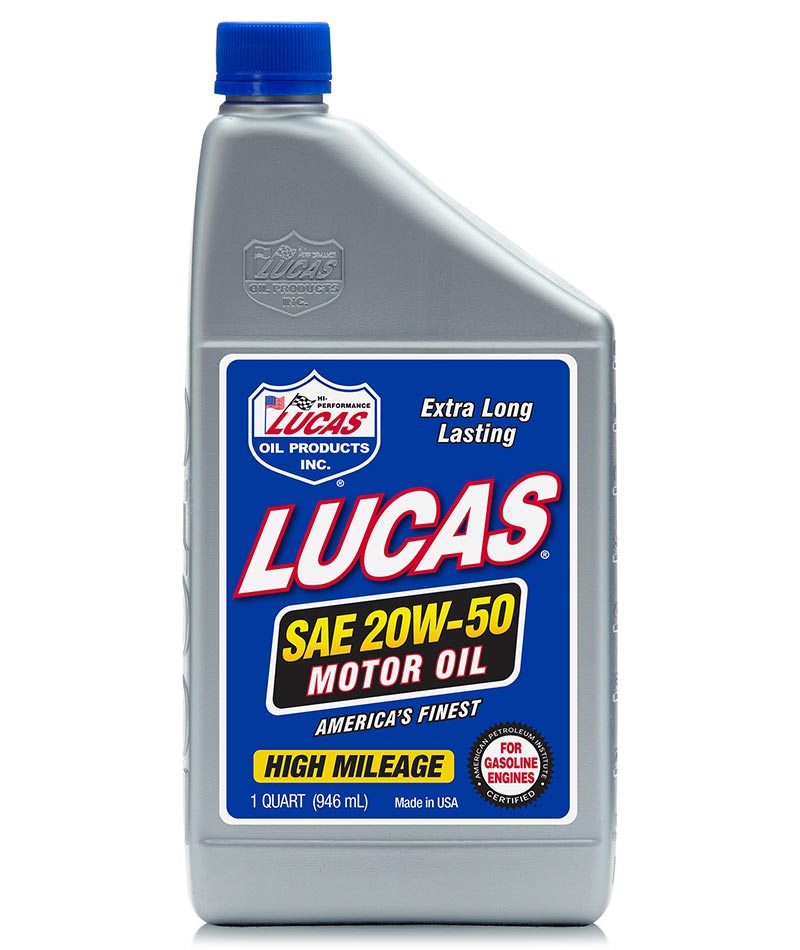 Any Indianapolis Colts fan has probably heard of Lucas Oil, thanks to its stadium sponsorship. But the company is a relative newcomer to the oil business. Founded in 1989, Lucas Oil focuses on high-performance motor oils, lubricants, and fuel additives. On top of producing some of the only worthwhile fuel additives on the market, its synthetic and conventional oils can handle both heavy track duty and everyday wear and tear.