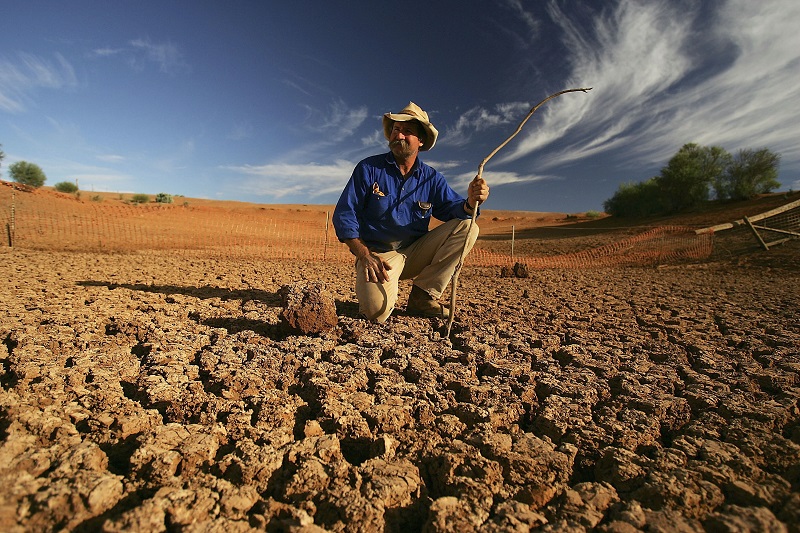 Climate change is leading to water shortages in certain parts of the country, meaning long, sustained droughts are throwing many businesses and industries into disarray. It’s a very serious problem, and one that many of our political and business leaders are preparing for, but a great deal have yet to take seriously. While dealing with climate change has, in a way, become a battle of ideological differences for some people, the devastating effects are having real impacts on millions of people – and it’s only a matter of time before irreversible changes permanently alter billions of lives.

While you may live in an area that is yet unaffected, it’s only a matter of time before environmental troubles find you. It may come in the form of climate refugees looking for a new home, or shortages of your favorite foods that are grown in impacted areas. Your taxes might go up as our leaders scramble to put together a plan for dealing with coastal flooding and drought relief.

Or, you might lose your job. A lot of people will – because according to some estimates, up to 1.5 billion jobs will be lost due to climate change and water shortages. How and why is that going to happen?

The 1.5 billion figure comes from the 2016 World Water Development Report, which was recently released by the United Nations on World Water Day, on March 22. The annual report looks at a number of things, but mainly focuses on the connection between economic growth and access to water. “Almost half of the world’s workers – 1.5 billion people – work in water-related sectors and how nearly all jobs depend on water and those that ensure its safe delivery,” writes Guy Ryder, Chair of the UN-Water and Director-General of International Labour Organization in the report.

The report itself says that “three out of four of the jobs worldwide are water-dependent,” and that “water shortages and lack of access may limit economic growth in the years to come.”

So, if you thought you were safe from the impacts of climate change and drought, think again.

That headline figure – 1.5 billion jobs – is not something that’s easy to overlook. Given that the planet has a population of roughly 7.5 billion, a loss of 20% of the world’s jobs should inspire a bit of panic. If 20% of Americans suddenly found themselves unemployed, and dealing with a water and food shortage on top of that, we’d be in for a very violent and ugly set of circumstances.

Alex Mung of the World Economic Forum dug into the report, and dug into the details of those expected job losses attributed to water shortages. Per Mung’s analysis, agriculture is clearly the industry that is in the most danger. And in countries where farming is the profession for huge numbers of people, the prospects of mass unemployment are very real, and it could happen very soon.

But more so than that, Mung says that other industries are going to be facing serious problems as a result of water scarcity as well. “Companies facing water scarcity are reassessing corporate strategy plans, growth potential, and investment decisions, potentially putting in jeopardy existing jobs or the creation of new job opportunities,” he writes.

And none of this actually takes into account the health and human tolls of water scarcity. Billions already don’t have adequate water access, and drink from unsafe water sources. This causes disease and sickness, and further impacts the worldwide economy in terms of lost productivity.

So, clearly, just because you’re not feeling the sting of droughts and climate change in your particular neighborhood or corner of the world, it seems all but certain that you will soon. And there’s a good chance that those 1.5 billion lost jobs will impact you, too. Since so many industries and economies are interdependent upon one another, if some dominoes fall in the global economy, others are bound to go with it. The fact is, if we don’t have access to enough clean water, losing your job is probably going to be just the start of your troubles.

The real question is this: what can you do about it? Unfortunately, as an individual, not much. You can push your employer to integrate more sustainable practices, and do what you can to save and conserve. You can also use your vote – but so far, as we’ve discussed, leaders don’t seem willing to sacrifice in the short-term for long-term stability.