How Employee Drug Testing Targets the Poor and Minorities 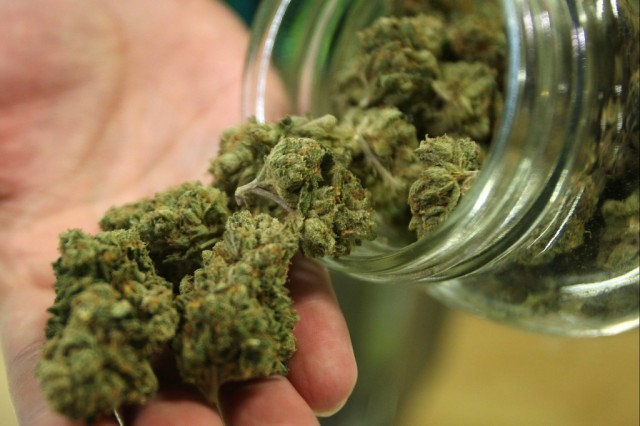 Workplace drug testing is a controversial but extremely common business practice in America. The future of these programs could be complicated by marijuana legalization in several states, but for now, drug testing continues to empower the few testing companies that control the market, as well as their lobbyists. Roughly 40% of U.S. employees are subjected to drug testing during the hiring process. The rate of employee drug testing has increased 277% since 1987, and drug testing has even expanded to welfare programs in some states.

Drug testing in the workplace has been widely criticized, and unsupported claims of these programs reducing drug use and creating safer workplaces have been repeatedly called into question. For most employers, it is optional to drug test. Yet employee drug testing remains incredibly common, and according to author Michael Frone, there are three reasons for this: Employers mistakenly believe the programs are effective, insurance companies give discounts to employers who use testing programs, and some companies use it to project a drug-free image.

Frone argues drug testing should be reserved for jobs in which safety is concern, such as forklift operators and truck drivers. The ACLU claims, however, that drug testing isn’t particularly effective at ensuring safety even in these occupations. Computer-assisted performance tests measuring response time and hand-eye coordination have seen better results for ensuring safety, and non-punitive employee assistance programs and counseling are better methods to reduce drug use because they address the root problems of substance abuse.

Workplace drug testing also unfairly targets the poor and minorities. In a 2013 study by Yale School of Medicine, researchers analyzed nearly 70,000 responses and discovered this trend has persisted over the last decade. Of those surveyed, 63% of black workers were employed in a workplace that performs drug testing, compared to only 46% of white workers. Furthermore, 54% of blue collar employees worked at a company that performs drug testing, versus only 44% of white collar employees.

These disturbing results cannot be explained by minorities simply being more likely to work in occupations that routinely use drug tests, according to the study’s authors. Trends were also found in regard to specific races, ethnicities, and occupations. For example,

Black job applicants are also turned away by U.S. companies because of an implicit assumption that they use illegal drugs, according to a 2014 National Bureau of Economic Research study. Interestingly, pro-testing laws appeared to contribute to more black men entering the workforce in the study’s findings, suggesting when black men don’t have a chance to prove their innocence, employers may just assume they are drug users.

But this doesn’t mean drug testing is the answer, the study’s author, Abigail Wozniak explains. Rather, it points to the long-standing issue of racial bias in the hiring process. “[T]he impacts of pro-testing legislation are uniformly negative,” she writes, adding that drug testing in the study was also correlated with a decline in employment for women.

Some of the many other compelling arguments against employee drug testing include discrimination against pregnant women (some of whom may not even know they are pregnant), the prevalence of false positives, and a sweeping disregard for privacy rights. The ACLU says asking any employee to prove his or her innocence is unacceptable:

“Employers who conduct random drug tests on workers who are not suspected of using drugs are policing private behavior that has no impact on job performance … drug tests are not work-related because they do not measure on-the-job impairment. A positive drug test only reveals that a drug was ingested at some time in the past.”