From Manufacturing to Health Care: Is America Still a Maker’s Economy? 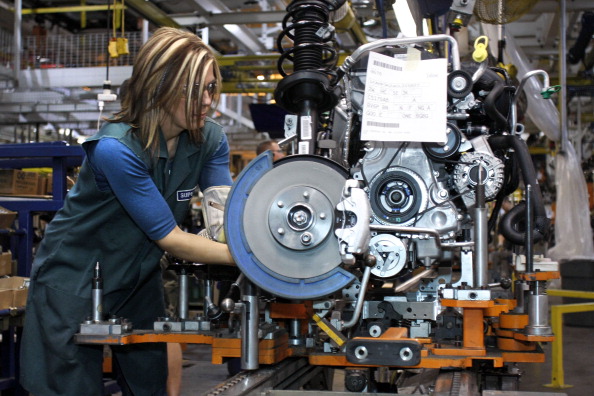 For most of our history, Americans have made stuff. For example, in 1776, when the United States declared itself independent, we made food — as much as 90 percent of the labor force were farmers. At the time, the U.S. economy as little more than a loose aggregate of agricultural communities bound together by a general antipathy to colonial rule and a common entrepreneurial framework. Major cities were few and far between and the industrial revolution was still struggling through adolescence in Europe.

We really didn’t begin making anything other than food and raw materials until the first U.S. cotton mill began operation in 1790. However, come the war of 1812, America was in the throws of industrial revolution. The first U.S. power loom was built in 1813, and by 1861, when the Civil War began, textiles was the most important industry in America. Over the next century, the American manufacturing sector grew at a breakneck pace to rival and then overtake the industrial base in Europe. Shortly after the first World War ended, the U.S. became the largest economy on the planet, and we owed that fact mostly to our propensity to make stuff.

The Great Depression and the New Deal era helped set the stage for an economic resurgence fueled by the second world war. During the 1940s, the manufacturing industry not only boomed at the heart of the American economy, it became a central part of the national narrative, and after the war ended it gave rise to the middle class. By 1948, the share of working Americans in agriculture had shrunk to under 15 percent, while the share working in manufacturing had climbed to over 30 percent.

But by 1990, the economic landscape had changed. Americans were making less stuff (although consuming more than ever). Even though the manufacturing sector was still the biggest single employer in all but twelve states, manufacturing employment had fallen to about 16 percent of total employment. The rise of the service economy, the birth of the Internet, and the advancement of global trade had all worked to move our economy away from the manufacture of goods to the provision of services.

The U.S. Bureau of Labor Statistics captured the transformation of American industry since 1990 in a series of maps showing which industry had the highest employment in which states. The map below is for the U.S. in 1990, when manufacturing was still the largest single employer in most states. Retail trade was the dominant employer in most other states, with the notable exception of Nevada, where the accommodation and food services industry was the largest employer.

Come 2013 and the landscape looks very different. Instead of most states being dominated by the production of stuff, the U.S. economy appears dominated by the health care industry. The number of employees in health care and social services has done pretty much nothing but skyrocket for the past twenty-four years — the sector was adding jobs even during the financial crisis.

Here’s why: according to the Centers for Medicare and Medicaid Services, U.S. health care spending hit $2.8 trillion in 2012, accounting for an incredible 17.2 percent of gross domestic product. That’s $8,915 for every person in the country. Total health care consumption expenditures in the U.S. have increased over 300 percent since 1990, compared to about a 200 percent increase in total consumption expenditures. By comparison, there was about $2 trillion in value created by manufacturing in 2012, accounting for 12.5 percent of GDP.

So why make a big deal out of this? As the National Association of Manufacturers notes, the manufacturing industry has the highest multiplier effect of any economic sector, adding $1.32 to the economy for every $1 spent. The country gets more economic bang for its buck with manufacturing. And while health care and social assistance are necessary parts of any well functioning society, the size of the industry as it stands is a symptom of a sick economy — or, maybe more accurately, a sick political system.

According to the World Bank, health care expenditures in the U.S. as a share of GDP are the highest in the world at 17.9 percent. This compares against countries like the Netherlands at 12.4 percent, France at 11.7 percent, Germany at 11.3 percent, Canada at 10.9 percent, and Japan at 10.1 percent. The amount of money America spends on healthcare is more than the GDP of Russia.

The real drawback here is that not only are we spending an outrageous amount of money on healthcare, we are spending that money inefficiently. According to a Bloomberg survey, the U.S. ranks 46th out of 48 nations examined for healthcare spending efficiency with a score of 30.8. This compares against China at 38.3, Saudi Arabia at 46, The UK at 55.7, and Japan at 74.1. Hong Kong is most efficient with a score of 92.6.